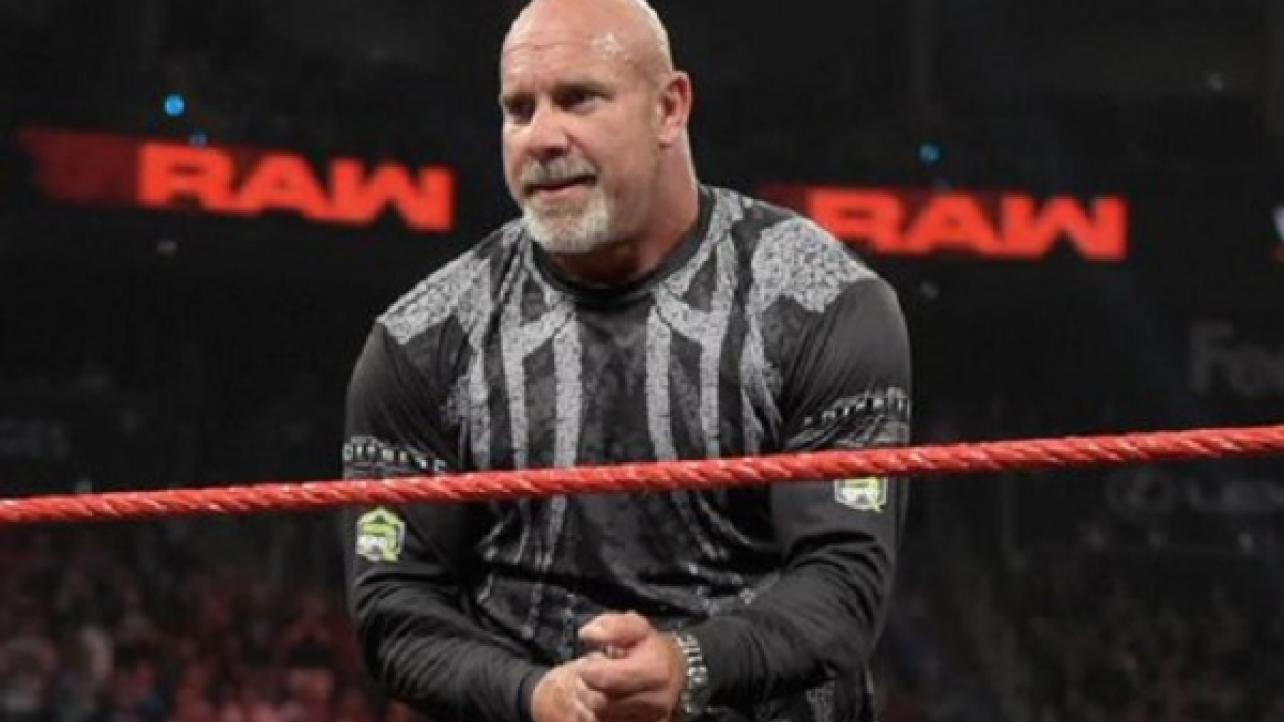 Bill Goldberg was a recent guest on Booker T’s Hall of Fame podcast where the multi-time world champion discussed his infamous matchup with the Undertaker from WWE Super Showdown back in June. He begins by explaining why he took the bout initially, as the Undertaker is a character that he’s never crossed paths with in his wrestling career.

“I’m not going to make excuses, that’s for sure. I’m just going to answer questions and give facts. Facts are the reason why I had that match [with The Undertaker] and took that opportunity, was because it was an opportunity of a lifetime whether I was 22, 52 or 102, you know? Not that it was in Saudi Arabia but because it was against The Undertaker. He was the one guy that I never crossed paths with, and the heat – I knew going in it was going to be hot. In Georgia playing for The Falcons, or The Georgia Bulldogs, or the L.A Rams down in Los Angeles, it’s hotter than hell and you know it’s going to be hot. It’s one of those things you accept.”

Goldberg also talks about the training he did to prepare for the match.

“I had the perfect storm of crappiness because, for me, people don’t know all the things that go into everything. At 52, going against The Undertaker and being Bill Goldberg in the short period of time that I had, I can either do one or two things – I can get in really good shape or I can try to get as big as humanly possible so I don’t look like an old Bill Goldberg against The Undertaker. So, it’s a compromise; it’s always a compromise. This last time, though I didn’t need the cardio, man, I didn’t concentrate on getting big at all for the 4 weeks that I had. I just tried to get in shape. I didn’t try to add a pound. I tried to lose weight this time. Every situation is different. It’s like trapping for a different team. I liken everything to football because I’m a meathead and was born into a football helmet.”

Later he details exactly what went wrong during the bout, admitting that he went a little “harder” than he should have, specifically during the ring post spot that cause his concussion. He then transitions into how his idea of making spots look “real” worked itself into the Dolph Ziggler SummerSlam match.

“But the ring post thing, hey man, that’s a spot that a couple of the bookers came up to me and said, well, we called it. We knew you were going to do that because 50% of the time I have done that spot I have not had good results. Because here’s the deal, I don’t profess to be an entertainer on the level of Ric Flair that can go out and make people laugh. I mean, I can, but it’s not my way of doing things. My way of making people’s jaws drop is blurring the line of reality and fiction so everything I do has to be – it’s like the kick I took from Dolph Ziggler.

“The first kick that I took felt really good because I had to react to it because it was planted on me. It was perfect. That is the way I work, man, I am a reactionary guy. If I am going to be a Defensive Lineman that was an All-American, if I’m going to be a guy who played a couple of years in the NFL, if I am going to be a guy that was known to be a thrasher, I’m not going to run into a turnbuckle and miss it and act like it killed me. I can’t do that, so I have to make it look as close as killing me as possible, and sometimes, unfortunately, the circumstances are such that I go a little overboard. And when you accelerate at an age, your body can’t take that overboard as it used to.

“I can’t bounce back from it like I used to, and then the perfect storm of the heat, and the perfect storm of The Undertaker not having the timing and not going at the same time at one point or something. Hey, at the end of the day, there’s never been a freaking dude in the middle of the ring that I couldn’t pick up, period. It was an unfortunate deal that I shouldn’t have gone as hard as I went. And then there were a couple of people saying that he referee should have called it. Well guess what? The referee asked me 15 times how I felt and you know what I told him? Fifteen different answers. I felt different every single time that he asked me.”

Finally…the Hall of Famer answers whether or not he plans on making another in-ring return.

Check out the complete Bill Goldberg interview below and thanks to WrestlingInc.com for transcribing the above quotes.