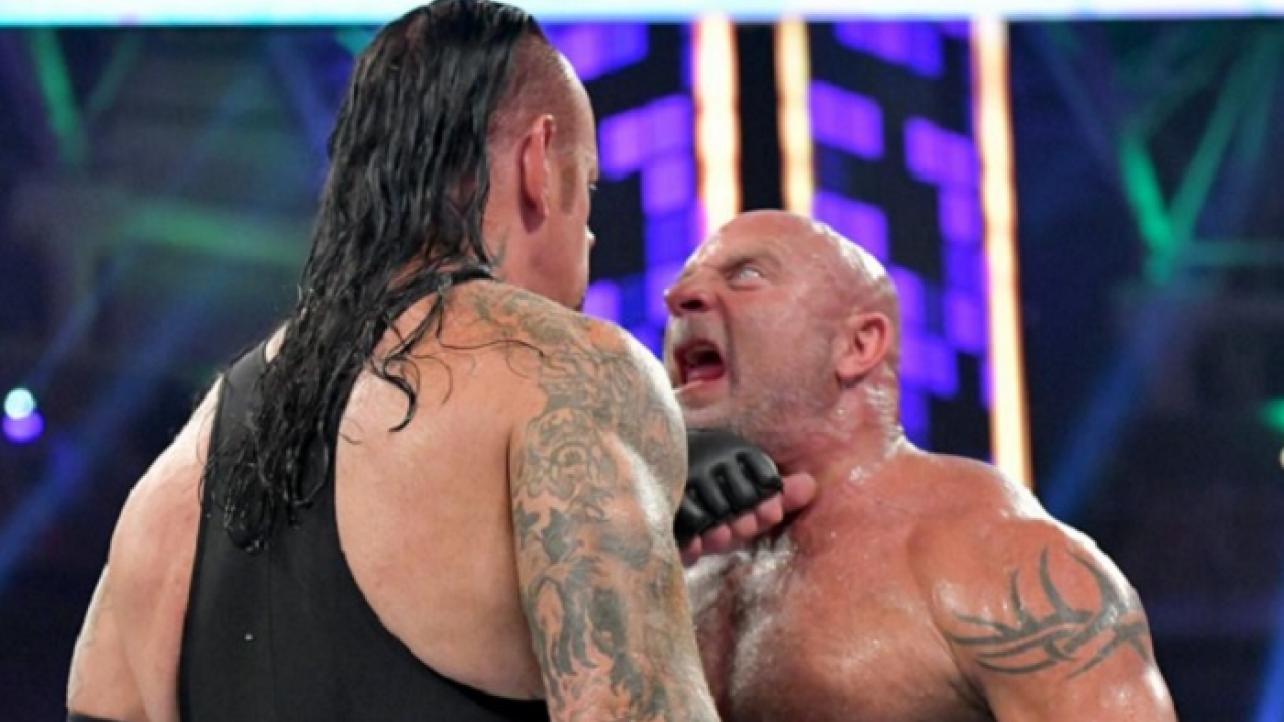 As noted, Bill Goldberg recently appeared as a guest on The Pat McAfee Show for an in-depth interview covering all things pro wrestling.

In addition to the highlights we previously published here on the website, where Goldberg revealed what made him nervous about going to Saudi Arabia with WWE, the Hall of Fame legend also reflected at length about his infamous showdown with The Undertaker from the WWE Super Showdown show held in the region back in 2019.

Featured below are some more of the highlights where he touches on these topics with his thoughts, along with a complete video archive of the interview.

On how he knocked himself loopy before his infamous match with Undertaker at WWE Super Showdown in Saudi Arabia: “You know, I’d been out for a while, and your routine, you have a routine as a punter, everybody’s got a routine, right, so I kinda forgot my routine. But I remembered the headbutt, so on the way out, I headbutted the door, and man, I don’t know where I am after that. I have no idea what’s going on. And I’m kinda getting to the ring and then we’ve got the spot where he moves and I hit the turnbuckle.”

On how he concussed himself on turnbuckle spot: “Well I didn’t go out and look at the turnbuckle beforehand, and it was a different setup than what we normally would have at RAW or SmackDown. And yeah I took that one. I try to take things as realistic as possible, right? So I took it wrong, and let’s just say I got another concussion right there and opened myself up pretty good.”

On his communication with the referee and how the match turned into a debacle: “The referee, I remember, he came up to me ten, fifteen times during that match, ‘Hey, how ya doing?’ And I’m like, ‘I’m good, I’m good.’ And then by the time he’d walk away, I’d go, oh man, I don’t know what’s going on. So it was a different answer every time, and the fact is that I never should have done what I did. But I did, I tried to go through with it, and unfortunately, it turned out to be a debacle. It’s a wonder that we both didn’t get smashed during that match. It was one of those, a very bad missed opportunity but hey, at the end of the day, I was just trying to provide a better show for everybody else.”

Check out the complete Goldberg interview from The Pat McAfee Show via the YouTube video embedded below courtesy of the official channel of the program. H/T to Mandatory.com for transcribing the above quotes.