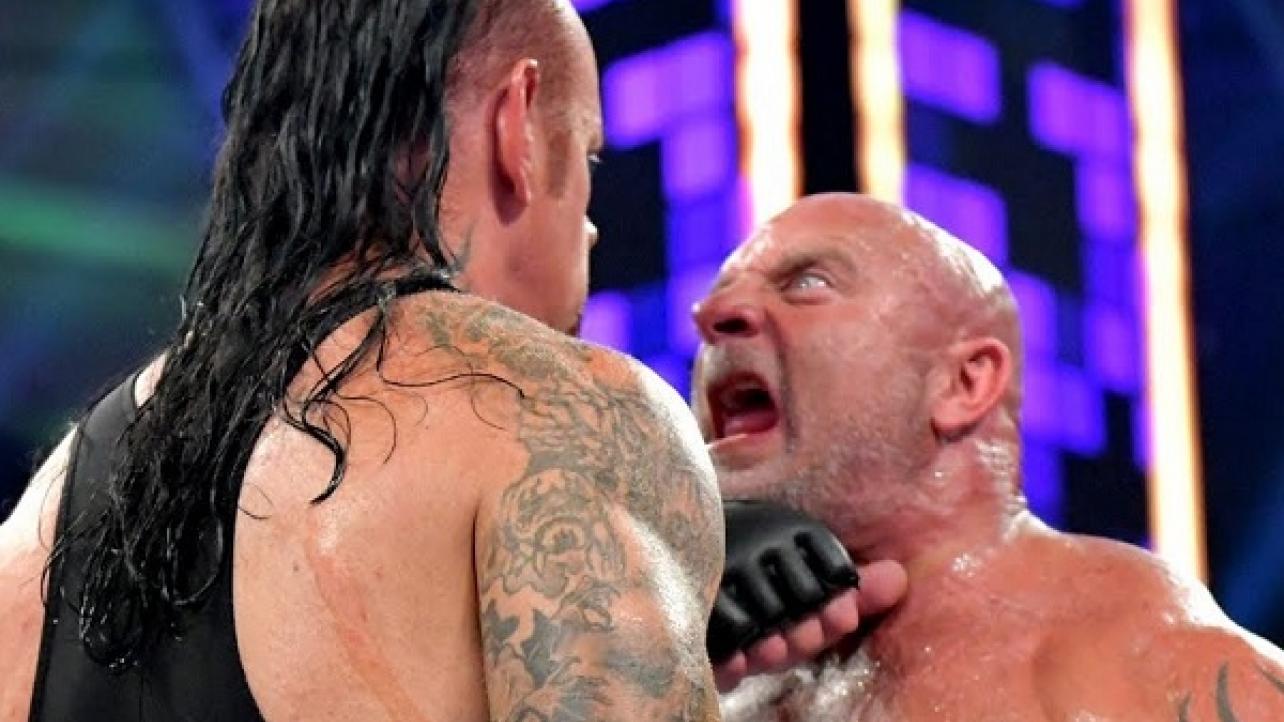 Meltzer confirmed the news during the latest episode of Wrestling Observer Radio on Sunday.

“Bill Goldberg had a concussion,” said Meltzer. “There’s definitely more, but I don’t know everything that went down there.”

The news should come as no surprise to fans, as Goldberg himself spoke about knocking himself out in a social media post immediately after the lackluster contest.

Regarding the situation surrounding Goldberg’s injury and the match with Undertaker, Meltzer added, “But there’s definitely a back-story on that Bill Goldberg thing. I don’t know what it is yet, but something must have happened over there.”

We will keep you posted as more information on Goldberg’s status becomes available.