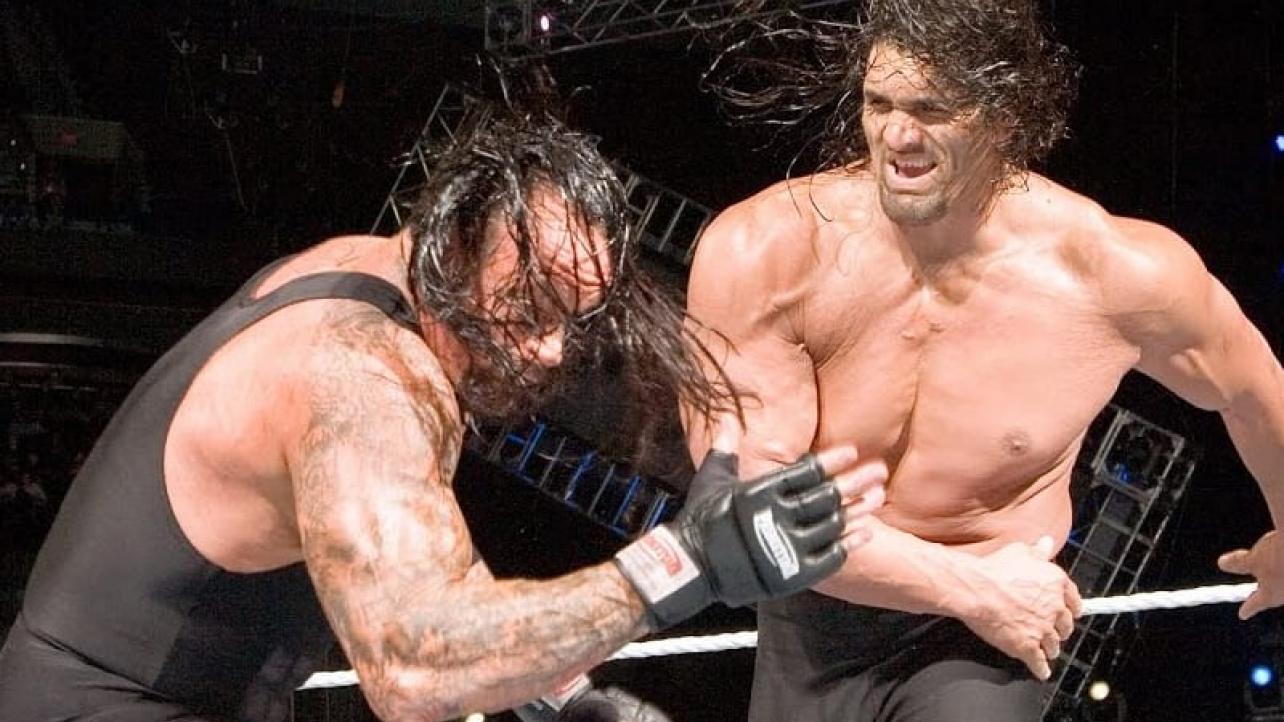 WWE Hall of Famer The Great Khali recently interviewed with Rewind Recap Relive, where he discussed his WWE television debut.

During the conversation, The Great Khali revealed that moments before he hit the ring, Vince McMahon told him to go out and “kill” The Undertaker. Check out some of the highlights, as well as a clip of the interview:

“Vince said, ‘I want to debut you’ but he didn’t say who is my opponent. He gives me a call and says, ‘come to TV after WrestleMania.’ Same day, Michael Hayes said, ‘You have a big day. You need to go out during Mark Henry and fighting and you need to ‘Kill the The Undertaker.’ I was so happy. ‘He tried to explain and Vince said, ‘Yes! Kill him hard! Not easy.’ That moment was really great. All the world knew who was Great Khali. I want to thank Vince McMahon and WWE for making Great Khali. I appreciate Vince McMahon and WWE.”