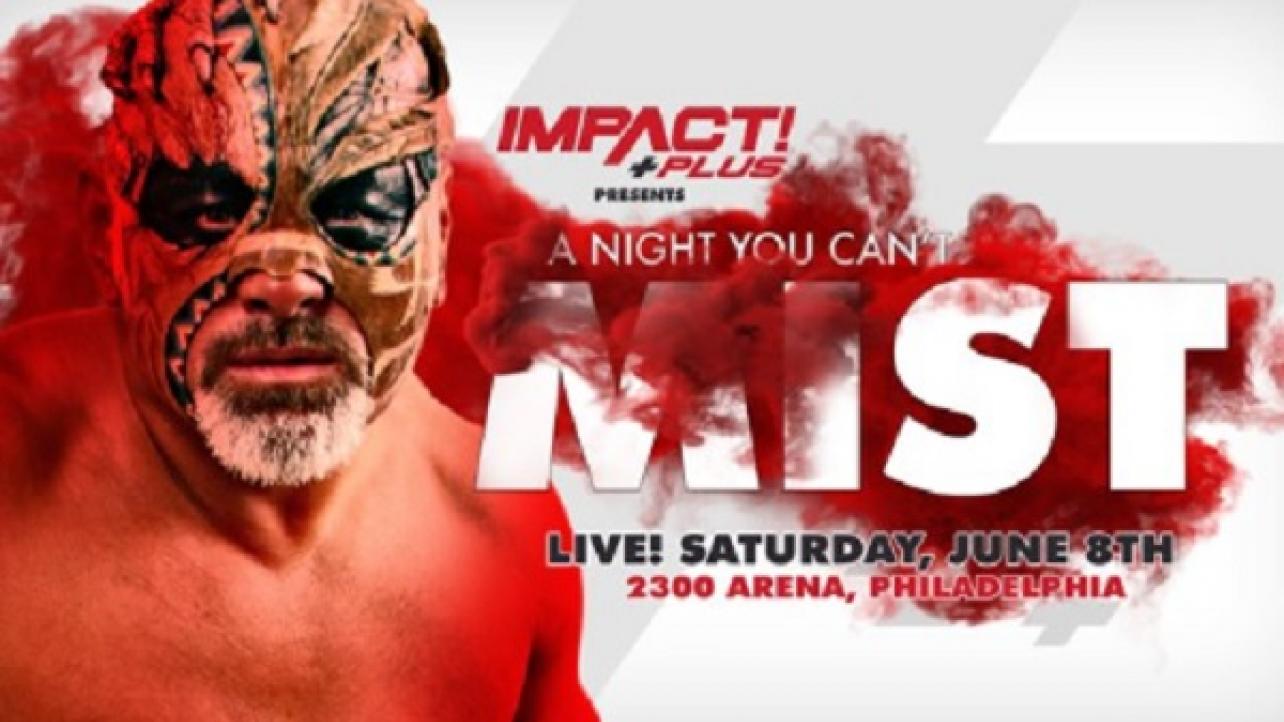 IMPACT Wrestling has announced via Twitter that Japanese wrestling legend Muta, better known as The Great Muta, will be appearing at the June 8th event A Night You Can’t Mist from the 2300 arena in Philadelphia, Pennsylvania. His last appearance for the promotion was in February of 2015, when he defeated Mr. Anderson as apart of Global Impact: USA versus the World. Check it out below.

The Great Muta is returning to IMPACT!

He’ll be LIVE on @IMPACTPlusApp exclusive event A Night You Can’t Mist on June 8th from the 2300 Arena in Philly! @muto_keiji pic.twitter.com/Ye8eYxdfjC