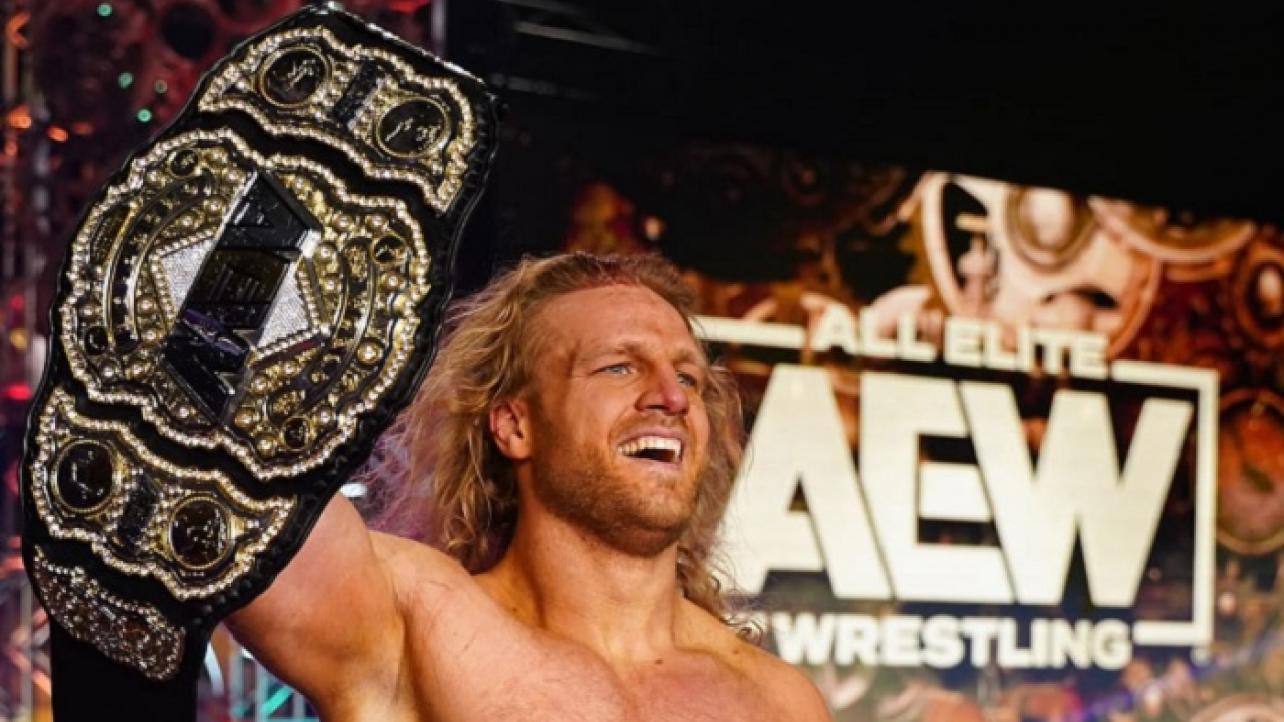 “Hangman” Adam Page has been making the media rounds to promote his first AEW Championship defense against Bryan Danielson at the AEW Winter Is Coming special event.

Ahead of tonight’s show at the Curtis Culwell Center in Garland, Texas, the reigning and defending AEW Champion spoke about the feeling of validation he got from winning the title, what he is feeling heading into his first title defense and more.

On finally getting the AEW Championship being a validating feeling: “It’s an incredible feeling, a validating feeling. I think when AEW started, I was not yet in the wrestling world, a main event guy, or hadn’t been. And I’ve had opportunities here and there, but I did want to go ahead and say from the beginning at the AEW press conference, that’s who I wanted to become. And that’s who I promised I would become. And it took a bit longer. It’s certainly not the journey I imagined it would be. But I think the journey is what makes it special.”

On going into his first title defense at AEW Winter Is Coming with a feeling of excitement, and how most would be intimidated facing someone like Bryan Danielson: “Well, I faced someone who has often been called the best in the world at Full Gear and beat him quicker than when Bryan ultimately wasn’t able to. So there’s pressure, but not insurmountable pressure. I think I’m more excited for the match than I would have been a year or two ago. I feel good now about who I am as a wrestler, and I’m more excited for the match than anything. It’s not something that I anticipated or had even crossed my mind as a possibility until the day after Full Gear. But now we’re here and I’m honestly kind of tired of waiting.”

Check out the complete interview at BleacherReport.com, and make sure to join us here at eWrestling.com tonight for live AEW Winter Is Coming results coverage from Garland, TX.