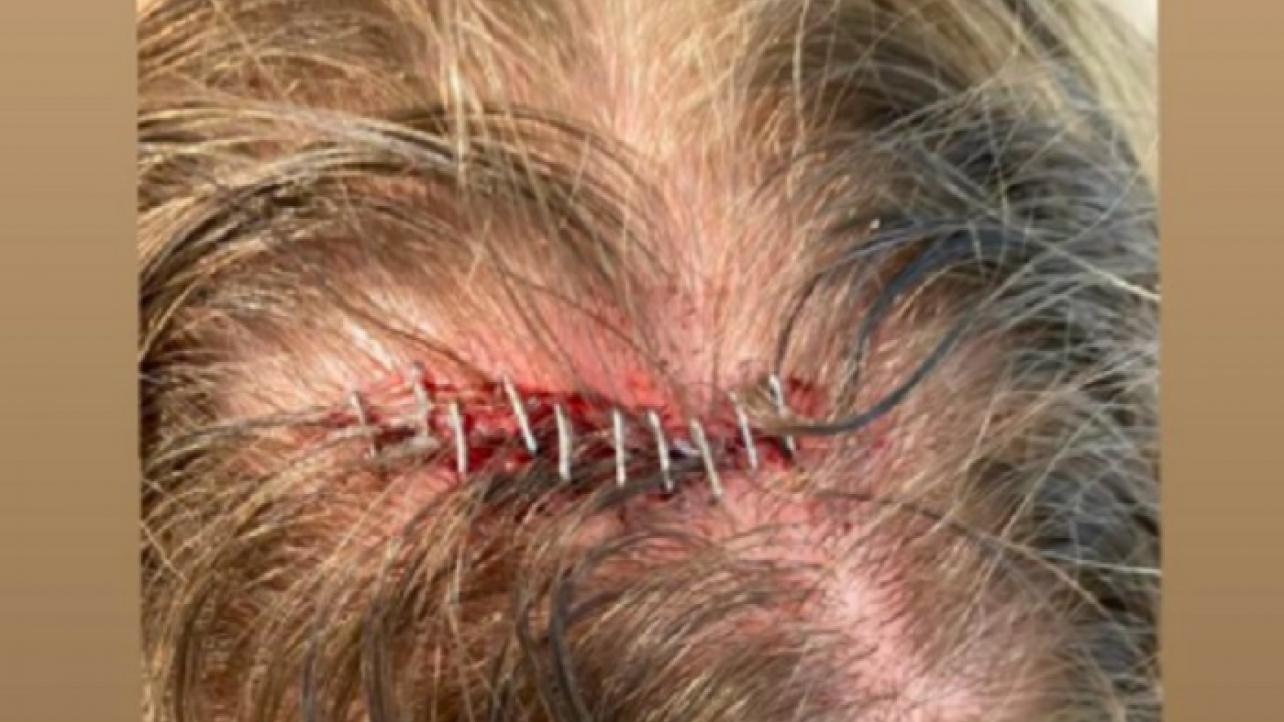 Adam “Hangman” Page had a physical battle on Dynamite this past weekend.

The All Elite Wrestling star required several staples to close a bad wound opened on his head during his match on AEW Saturday Night Dynamite against Powerhouse Hobbs of Team Taz.

Page suffered the wound when colliding head-first into the steel ring post, a spot that immediately resulted in blood flowing from his dome, which was pointed out by the commentary team on the broadcast.

Check out a photo of Adam “Hangman” Page with staples in his head after the match below.

Ole’ @theAdamPage showing off the wears of doing his #CowboyShit in front of his adoring @AEW public at @dailysplace for #Dynamite … pic.twitter.com/4SkCBDB6qM