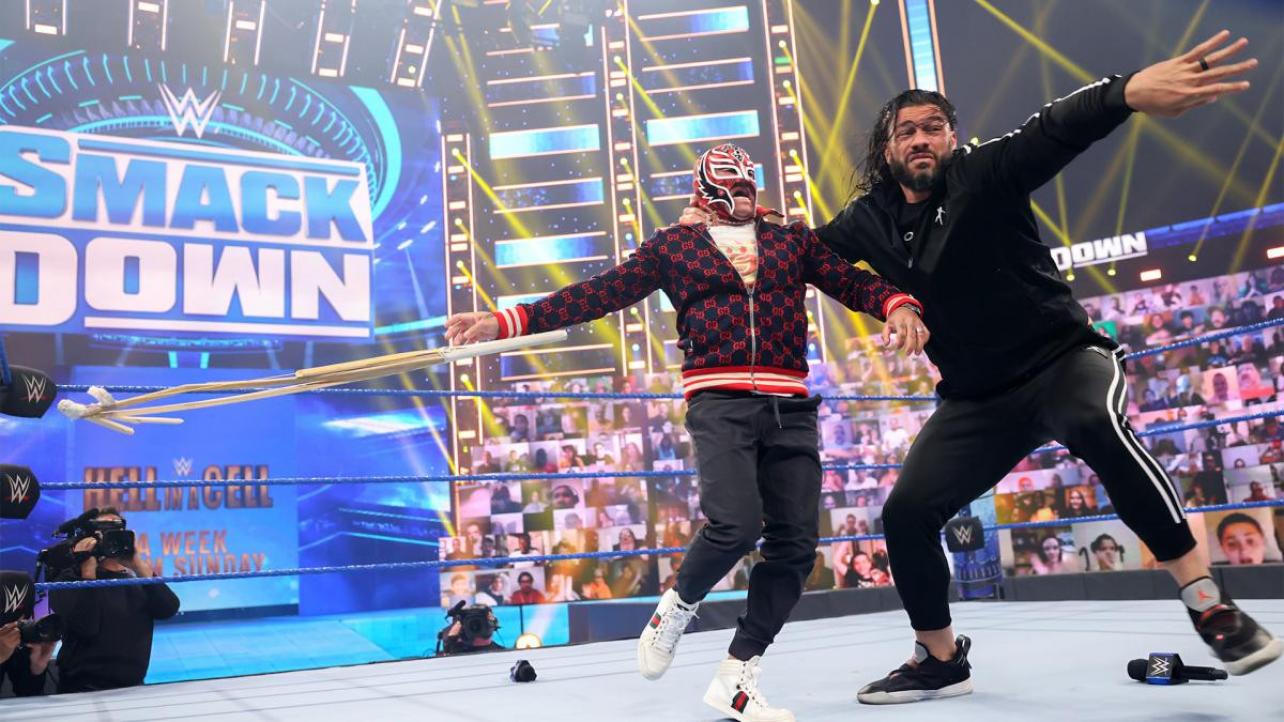 Hell In A Cell Match Announced For Tomorrow Night’s Smackdown

Rey Mysterio can’t wait to step inside hell with “The Tribal Chief”.

Check out the full announcement from WWE below:

Mysterio to face Reigns in a Hell in a Cell Match on SmackDown tomorrow night
Rey Mysterio is out for retribution against Universal Champion Roman Reigns for the attacks that The Head of the Table unleashed on him and his son Dominik, and he is not willing to wait for WWE Hell in a Cell. He wants Reigns tomorrow night on SmackDown.
Thirsty for payback, The Master of the 619 sent out a tweet Thursday night laying down the challenge to The Big Dog for the blue brand.

It’s eating me up inside. I can’t wait any longer. I want the Hell In A Cell match tomorrow night. @WWERomanReigns @HeymanHustle

Reigns accepted on Twitter as well, making it clear that if Rey wants the matchup on Friday night, it would just move up the timetable on disgracing what’s left of Mysterio’s family name.

Rajah.Com will have live converge of Smackdown, as soon as the show goes live on Fox.

Hell In A Cell Match Announced For Tomorrow Night’s Smackdown