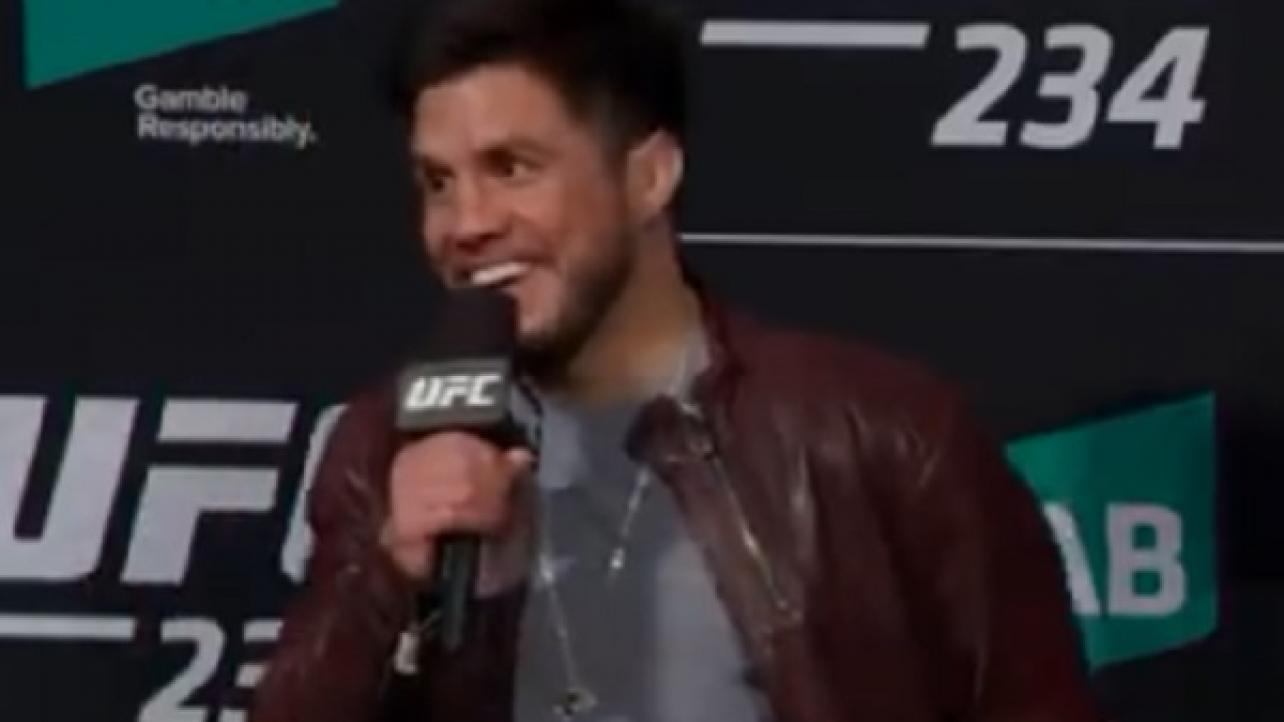 Henry Cejudo On Nikki Bella: “She Would Submit Me Faster Than Anybody!” (Video)

The UFC Champion and Olympic gold medalist was again asked about Nikki Bella and Daniel Bryan during an appearance at the UFC 234 Q&A in Australia this weekend.

On Friday, Cejudo took part in a Q&A along with former UFC Women’s Champion Joanna Jedrzejczyk, as well as UFC veteran Donald “Cowboy” Cerrone, who spoke about his rumored showdown against UFC mega-star Conor McGregor in his next Octagon appearance. During the Q&A, a fan brought up Cejudo going back-and-forth with the WWE Champion after revealing his intentions with his sister-in-law, Nikki Bella.

After acknowledging the social media back-and-forth between Cejudo and Bryan, the fan asked the reigning UFC Flyweight Champion, who is coming fresh off of his first-round knockout victory over the current UFC Bantamweight Champion, T.J. Dillashaw on the UFC On ESPN+ debut event last month, who would submit him faster — Daniel Bryan or Nikki Bella.

“Personally I think Nikki Bella would submit me faster than anybody, man,” said Cejudo with a chuckle and a big smile.

Later in the Q&A, a fan asked Cejudo to describe what some of his recent Twitter DM’s (Direct Messages) with Nikki Bella sounds like.

As noted, Cejudo has asked Nikki out on a date, which led to the two talking about meeting up and actually doing so, as well as a fun back-and-forth between he and the king of the SmackDown Live brand.

Watch Cejudo talk about Nikki Bella again from the UFC 234 Q&A in Australia this weekend at approximately the 9:05 mark of the following video.

Henry Cejudo On Nikki Bella: “She Would Submit Me Faster Than Anybody!” (Video)