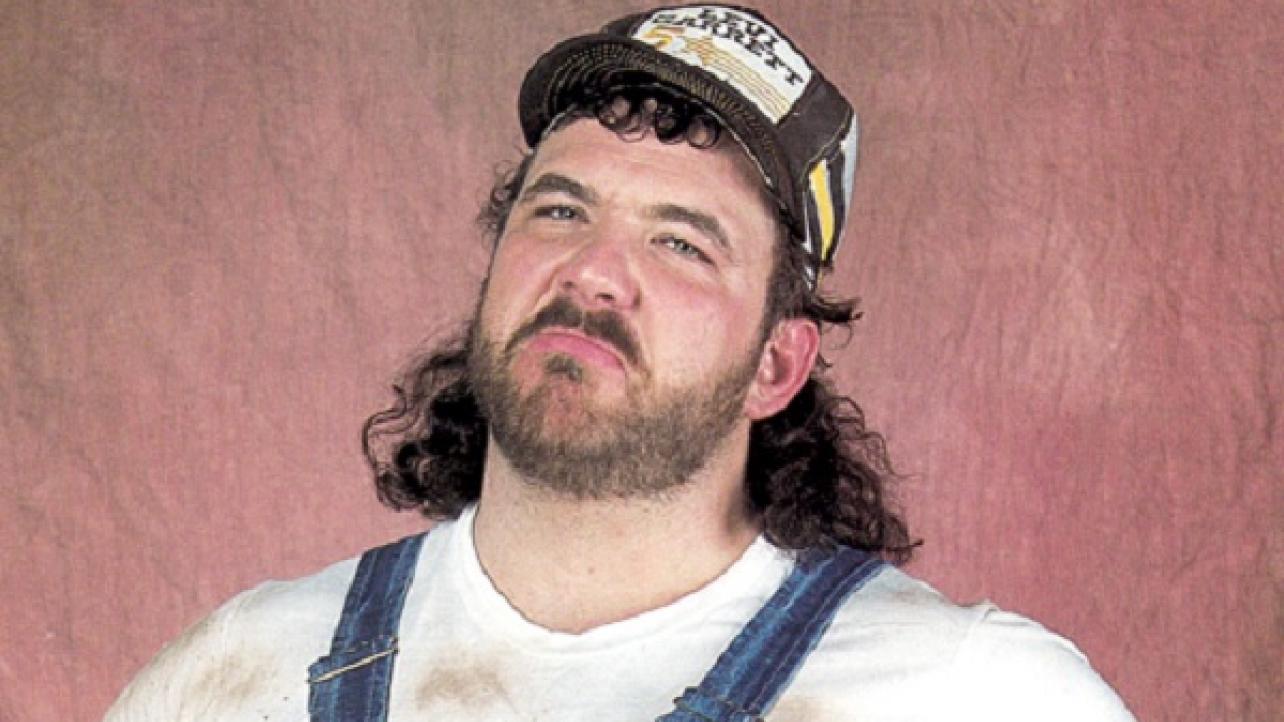 Former WWE Superstar Henry Godwinn (Mark Canterbury) recently appeared as a guest on The Two Man Power Trip Of Wrestling podcast for an in-depth interview. Below are some of the highlights.

On the Bone Street Krew (B.S.K.) faction behind-the-scenes and whether or not The Undertaker was the leader: “Yes, him and Yoko (Yokozuna) started it together just them two and they picked who they wanted and who would fit in to their mold the best. Right off the bat it was me and Yoko, Savio (Vega) and Taker, and Fatu and then Godfather had come back and Paul Bearer was there all the time and a year later Tex (Phineus Godwin) had come up. It was the Bone Street Krew. Krew spelled with a “K” of course (laughing).”

On what about the B.S.K. group bonded many of the wrestlers together: “I don’t know. WCW a lot of the older guys and was the old scene and when I got to the WWF it was like a breath of fresh air for me because I started learning more. I learned in WCW because I was around Dusty (Rhodes) and Dustin and even Steve (Austin) and (Brian) Pillman who were doing the Hollywood Blondes down there. But when I got to the WWF and I started one week, Jeff Jarrett had started the next week and I rode with him for a year and then me, him and Road Dogg were together all the time. But it was when me and Taker had a match on TV and we came back after the match and he put me over and put me over to Vince (McMahon) and that was my breakout there and they started to use me. Taker said that we had to work again, which we never did except for one Survivor Series. (I think) The attitudes were different. It didn’t seem like there was a lot of ego and it was like everybody was trying to work together.”

On the perception of there being issues between the B.S.K. and The Kliq factions behind-the-scenes: “We all got along and I think that everybody else just put us like that and thought we were at each other. But we would have fought for each other and we had in the bar scene if something happened and whether you disagree in the ring about how you work (or something) it never carried over to the relationships and those relationships I cherish all of them. Razor, X-Pac, Shawn (Michaels), especially Taker and Yoko (we’d stay at his house all the time), and Fatu all of these guys were great. Stone Cold, we’d go cook out with him and everybody so was close and it was a close knit between everybody. Brothers fight all the time but they always make up usually. It was very tight back then and nothing like it is now. When I went back in ’06-07 up there for a few months it was pretty different then in just that eight or nine years.”

On his feud with Triple H setting up “The Game” for his major push in WWE: “I think what helped me and him was we knew each other a little bit in WCW. When we both ended up at the same time up there up North everything just sort of fell together. We both thought it was a good idea to do the prissy English boy who has never been on a farm and me who is not washing my clothes all the time and carrying that damn slop-bucket around all the time. What more can you ask for? It is bound to happen that he is going to get muddied or he is going to get slop on him eventually and he did both quite often.”

On the infamous “Arkansas Hog-Pen” match against Triple H at the WWE: In Your House 5 pay-per-view: “We never went to anybody else and said ‘what should we do?’ and ‘should we do this?’ Me and Hunter were the ones that had come up with that match and even Vince said that we could have easily gone the other way and made it a damn comedy ha-ha match but he added that there was some substance to it. We all really put a lot of effort into what we did and we weren’t out there to dance around and throw slop on each other, we were there to kick each other’s ass and that is what we did. I was sore for a few days and I had to do TV the next night and I could hardly move from hitting that concrete. We had great chemistry and we had been friends and as far as I’m concerned we will always be good friends. Hunter was a good guy that taught me a lot and I think we actually taught each other a lot.”

Check out the complete episode of The Two Man Power Trip Of Wrestling podcast featuring the Henry Godwinn interview at Podomatic.com.