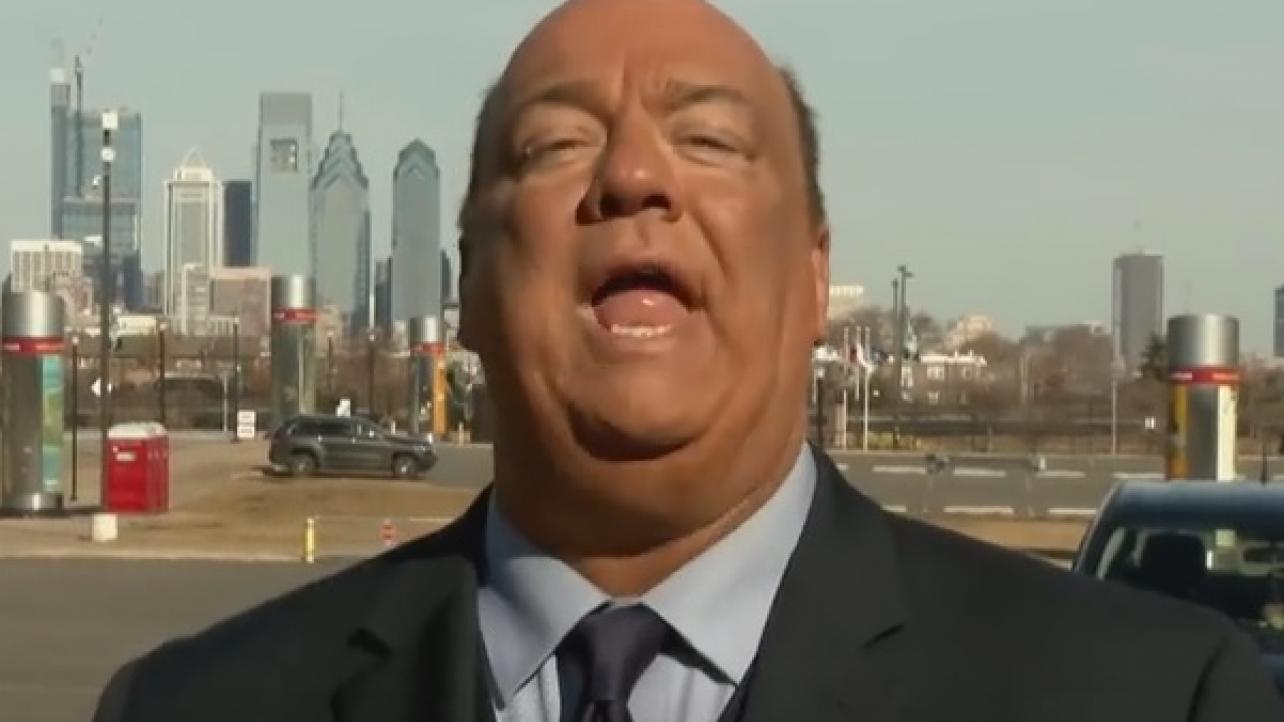 – For those who missed it, Paul Heyman kicked things off at last night’s NXT TakeOver: Philadelphia live special on the WWE Network. Featured below is the opening video package from the show, which Heyman narrated.

– Nigel McGuinness missed the show last night due to illness, leaving a two-man broadcast team of Mauro Ranallo and Percy Watson for the show.

– As noted, Ethan Carter III (EC3), Trevor “Ricochet” Mann, War Machine and Maria Menounos were shown sitting at ringside during last night’s NXT TakeOver: Philadelphia broadcast. For those who missed the show, you can check out the clips of the aforementioned new WWE signess and celebrities below.

You never know WHO you’ll run into at #NXTTakeOver. Nice to see you, @therealec3! pic.twitter.com/6QsBQ14DZG

The high-flying @KingRicochet is here in Philadelphia, ringside for #NXTTakeOver! pic.twitter.com/hUgSDiR6Wj

What’s up, @mariamenounos? See you tomorrow at the 2018 #RoyalRumble! #NXTTakeOver pic.twitter.com/imHyxYMiVv