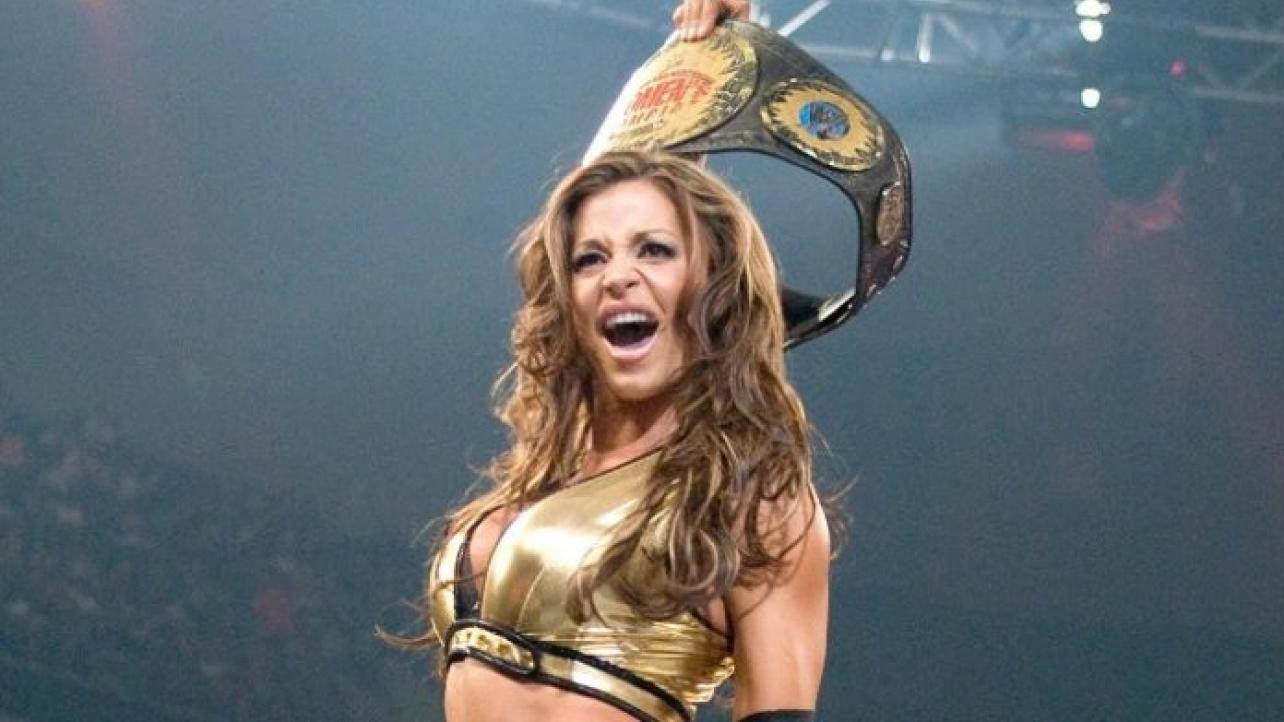 Former WWE Diva Candice Michelle recently spoke with the folks over at The Dropkick Podcast. The former Go Daddy girl, and diva search participant discussed a few of her most fond memories from her WWE stint, and told the podcast:

“Beth Phoenix was my favorite match. Both Torrie Wilson and Victoria are my dearest friends and my dearest friends to this day. So, working with them – Vince’s Devils, the playboy matches – we hated doing all those matches, but at the same time, it was our era. It’s just what we did and what we were known for, but then having that opportunity to work for House of Hardcore for my retirement match with Victoria. She’s an incredible wrestler. I feel like she’s been very underrated, and I’m really happy she came back for that appearance on WWE. From day one coming in, she will support you and help you, and I’m happy for her.”

The one time WWE Women’s Champion, as well as 24/7 Championship winner also gave few picks on who she would like to face in today’s WWE. Candice mentioned:

“I’d probably pick Charlotte Flair. I make a great babyface when there’s a strong heel, and I just love her image that she has. She’s a very strong heel and working against that I think it would be really incredible. But I do also love like you named all these other wrestling promotions, which I love because it keeps everybody on their toes. Back then, there was only a couple, and WWE was so far ahead of them. But now having these other ones kind of coming up, it makes the whole brand of wrestling and entertainment better. It gives more opportunity for the up and comers and for the legends who stopped wrestling. They can come back and still be part of the business, which is really awesome to see.”

Candice is hopeful to be selected as a member of the WWE Hall of Fame someday. When asked who she would like to induct her, Michelle dropped an interesting name. The former Playboy cover girl explained:

“I would want to be inducted by Hulk Hogan because the truth is, that’s where it started for me. In my book, he’s arguably one of the most famous superstars of all time, but that’s where my love for it began. I didn’t know that back then. I didn’t know that when I was a kid. Every time I see him and his famous moves, it’s like when the music hits, there’s something about it that like your insides light up and you couldn’t wait to see what happens. So, if I had an opportunity, and if he was willing, I would 100 percent pick him.”

Do you have any favorite memories of Candice Michelle? Sound off in the comments section!