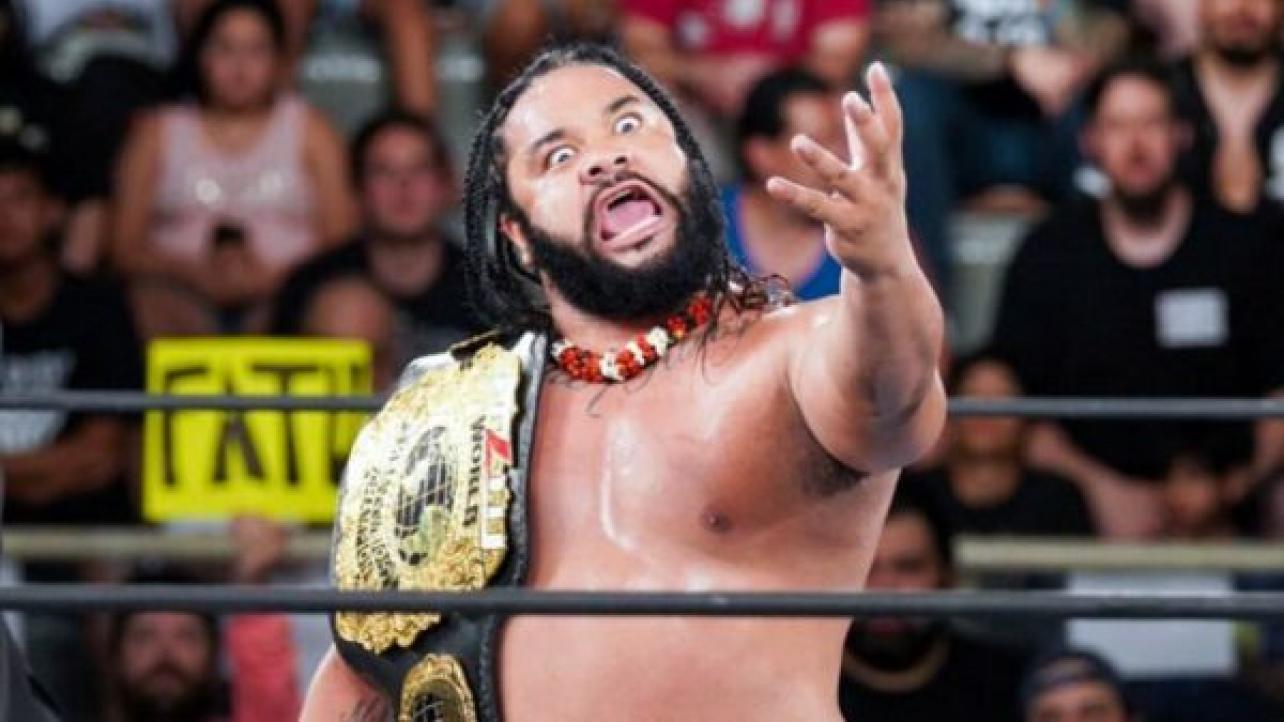 One of the members of the Contra Unit, and current MLW World Heavyweight Champion Jacob Fatu recently interviewed with Wrestling Inc. Daily. During the interview, Fatu talked about potential title challengers. Jacob made a bold statement that what he does is “more than just a work” and explained:

“Oh, absolutely, I mean we’re talking about The Von Erichs to LA Park. It might even be people on CONTRA. We don’t shoot real because this game is a shady business and ain’t no telling who’s after it, but man, I’m seeing everybody who comes up. I’m not one of those cats that’s just, okay, cool, I got the belt. I know that cat’s coming, but I know I’m not going to work him. No, look what happened to Calvin Tankman. He came in, did his thing, didn’t take him lightly, and now look, Wednesday, he got a title shot and it’s about to go down. So, absolutely man, every time they bring in new talent, I’m always focused. I’m always ready. I’m always listening. I’m always watching. I’m trying to figure out who this cat is coming up. Perfect example is exactly what Calvin just did. Came in, did his thing. New talent, made a name and now he’s up. I don’t give a damn. I ain’t turning down for nobody. Y’all want a shot, come get this. This is more than just a work. This is not a work. This s**t is real.”

Jacob then took time to talk about what MLW fans can expect to see from his upcoming title defense against Calvin Tankman. Fatu says the match “will be one for the books”, stating:

“I think fans can expect exactly what Calvin Tankman says every interview and every promo; He’s fighting for his family. He has a kid, and I have children as well. This isn’t another match where it’s okay, let’s promote it. Let’s set it up. No, this is real. This is Calvin’s breakout year. For him to come in and do the amazing things that he has done, it kind of makes me feel some type of way because it’s like, ‘na, I’m the big man who moves around when it comes to MLW.’ So I think they can expect a lot of hard hitting, a lot of dedication and a lot of emotion in this match because like I said, it’s more than just us. It’s more than just the belt. It’s our family’s man. This is what we love to do. This is what we do. This is how we feed our families. I mean, man, we lived this. It’s going to be big. It’s going to be good, and Injustice, he’s rocking with them. You never know man, we might just turn it into CONTRA – Injustice and Calvin Tankman, but this one’s definitely going to be one for the books, and honestly, I’m very very excited. And I hope everybody else is excited as well.”