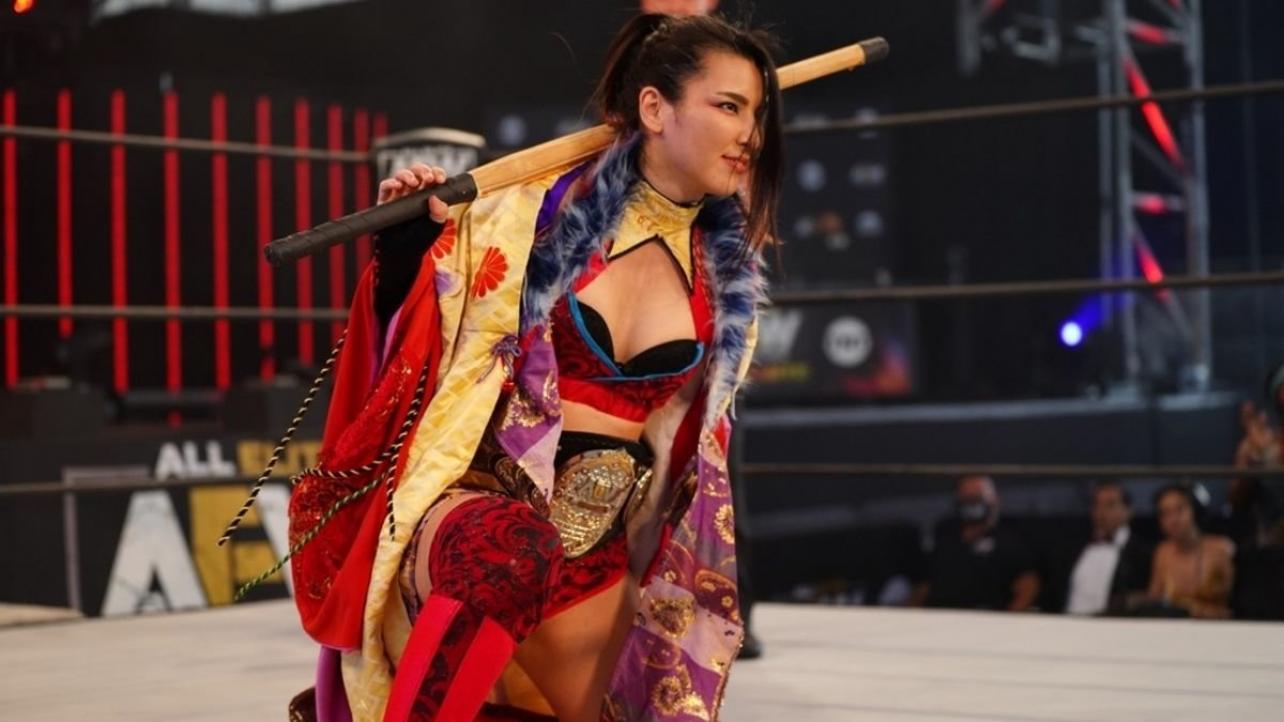 Earlier this week, AEW Women’s Champion Hikaru Shida spoke to Sports Illustrated, where she discussed her upcoming title defense, at Sunday’s Double or Nothing event. Check out some of her comments below.

On her current character on AEW TV:

“More than being a babyface or a heel, I’ve always tried being myself. I always want to show you Hikaru Shida’s life through my wrestling.”

Says she wants to cut more promos on AEW Dynamite:

“I understand that TV time is limited, so I’ve kept practicing and waiting for my chance. Please look forward to that.”

On her respect for opponent on Sunday, Britt Baker:

“She is the type of person who studies pro wrestling more than anyone else in AEW. Her progress in these years is proof of that.”

On chasing the title again if she loses it at Double or Nothing:

“The most important moments in pro wrestling are the ones after a loss. When I show how I stand again after a tough loss, I think people will understand me better. However, this Double or Nothing is the first time to wrestle in a full arena as the champion for me, and I’ve retained this title until now for this moment.”

Says she will “celebrate” after the match on Sunday:

“This match is going to be one of the toughest and most emotional matches in AEW history. Those are two very important elements for a great match. And after it is over, I’ll celebrate my win with all fans at Double or Nothing.”