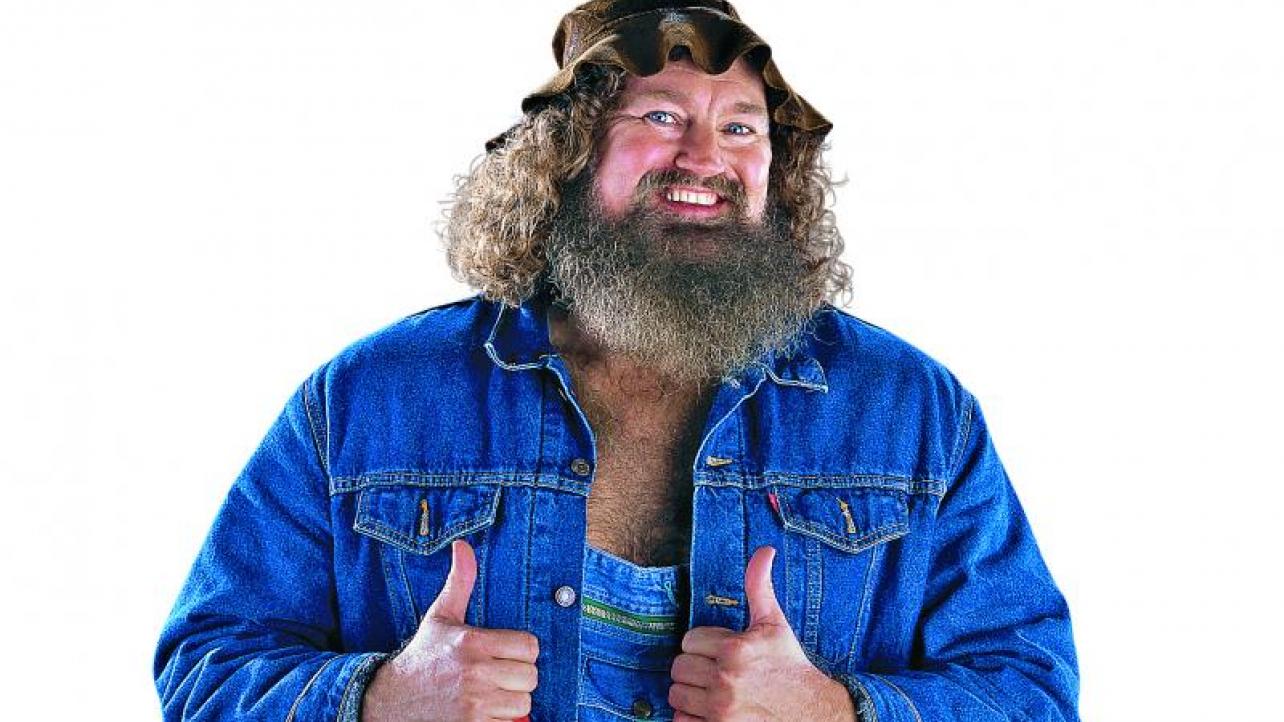 Soon-to-be WWE Hall Of Famer Hillbilly Jim recently spoke with TMZ Sports about finding out about his upcoming induction at the ceremony scheduled at the Smoothie King Center in New Orleans, Louisiana during WrestleMania 34 weekend.

As Hillbilly Jim explained to the popular celebrity-gossip website, he wasn’t really expecting to be inducted into the WWE Hall Of Fame.

“Really I wasn’t expecting it, it hit me from the clear blue and it’s beyond belief to think that this has happened to me. It’s like the cherry on top of the ice cream sundae, man, that’s as good as I could ever hope for,” Jim said of the induction during WrestleMania 34 Weekend in New Orleans. “This is just above and beyond my dreams to get put into this Hall of Fame because I’ve already reaped all the benefits from having the business and for being in this industry and to have this happen to me, it’s just more than I needed because this has been a wonderful ride for me, something I could never envision. It’s one of them kinda things that someone kinda sits up and dreams about but you’d never dream it quite like this. So for it to come full circle like this and me be in the Hall of Fame with good friends and mentors of mine like Andre the Giant, “Classy” Freddie Blassie, the great Gorilla Monsoon, Lord Alfred Hayes, Bobby “The Brain” Heenan. I think about buddies like the one and only Captain Lou Albano, my dear friend The Fabulous Moolah, all the way up to my buddy “Macho Man” Randy Savage. Finally, the guy that I’m thinking about a lot is “Rowdy” Roddy Piper. To be thought of in the same name as those guys is a little overwhelming.”

The legendary 1980s WWE performer went on to explain why the timing of the call he received to inform him about the induction was interesting.

“The phone call came on a Sunday morning and to be honest with you, they had been calling me for several days prior to try and get me and I had not responded. I was sitting down at my house getting ready to have a cup of coffee and I was going to the gym when they started calling me again,” Jim added. “I said, ‘I’ve got to take this phone call.’ I really was taking the phone call to tell them that I was not going to come to WrestleMania this year, I was going to take off a year or so because I had a rough ride last year for the one we did in Orlando. With transportation, I felt like the whole weekend I was just behind. So I said, ‘I’m just going to take off a year or so.’ And I was telling him that, I said, ‘Listen, I appreciate it, tell everybody to have a great time in New Orleans and tell the boys hello, and I’m going to take off.’ He said, ‘Well Jim that’s good but Vince McMahon wants you to go into the Hall of Fame. I actually was not expecting this because this was the last thing on my mind. Then all the memories and ramifications of this started floating in my brain, and it’s just been crazy.”

Check out the complete TMZ Sports interview with Hillbilly Jim above.