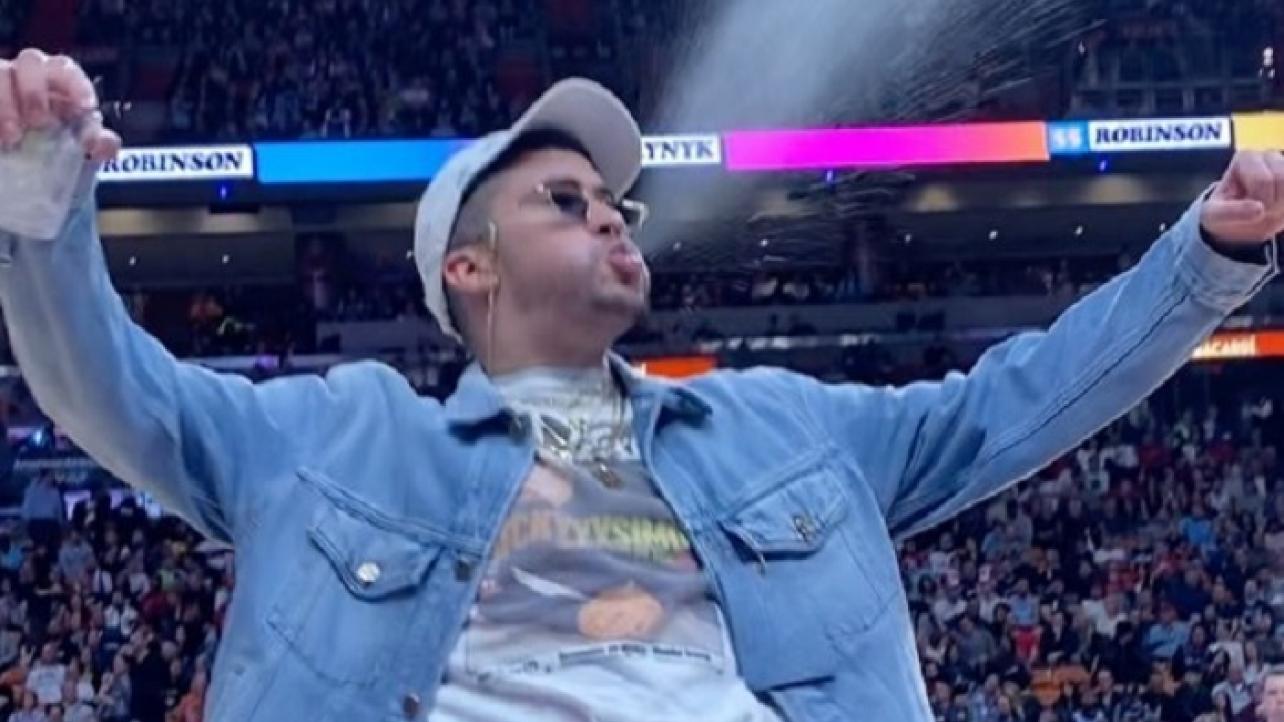 Rapper Bad Bunny has been working with the WWE as of late. At the Royal Rumble PPV, Bad performed his single “Booker T” with WWE Hall of Famer Booker T. He then made his presence felt at the Men’s Rumble Match by climbing to the top rope and diving on The Miz and John Morrison after The Miz destroyed his DJ equipment earlier in the night as he was mad for Bad Bunny turning down his collaboration offer.

Bunny then showed up on RAW the following night and appeared on MizTV then distracted The Miz to help Damian Priest secure a victory over The Miz. Speaking of WWE working with grammy-award winning Rapper Bad Bunny, the reason behind this is Bad Bunny’s massive reach with a younger demographic, especially within the Latin market.

Also, WWE Shop recently released a line of Bad Bunny merchandise to celebrate his performance at this past Sunday’s Royal Rumble Event and it is reportedly selling better than any of the other wrestler’s merch. According to License Global, Bad Bunny’s limited edition WWE Shop merch is currently the best-selling WWE merchandise of 2021 so far. Bad Bunny’s merch line on WWE Shop features a 18×24 poster at $29.99, a youth t-shirt at $24.99, a women’s t-shirt at $27.99, a unisex t-shirt at $27.99 as well as a full-zip hoodie at $39.99.

Bad Bunny is believed to be making his in-ring debut, potentially at WrestleMania 37. He is currently at the WWE Performance Center in Orlando, Florida to undergo training.