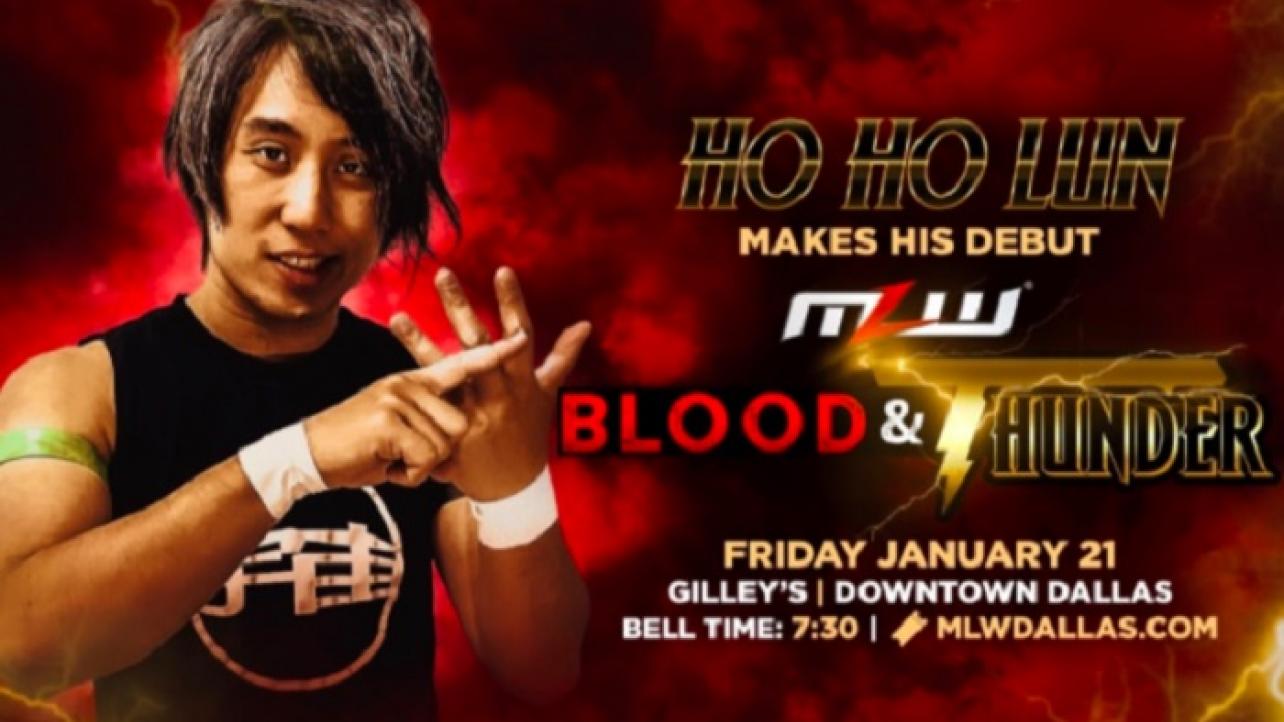 Ho Ho Lun will be making his MLW debut in January.

On Friday, Major League Wrestling announced that Chinese pro wrestling star Ho Ho Lun will be making his debut for the promotion when they travel to the Dallas, Texas area for their “Blood & Thunder” show on January 21, 2022 at Gilley’s.

Hong Kong’s most popular wrestler, Ho Ho Lun was a standout in the Cruiserweight Classic. Earlier this week, Ho Ho Lun hinted in a tweet he had some big news and now it is official.

Who will MLW matchmaker Cesar Duran select as Ho Ho’s opponent? Only time will tell.

Tracking to be another hot ticket in the DFW metroplex, MLW will return Saturday night January 21 to Gilley’s in Downtown Dallas with MLW: B
ood & Thunder.