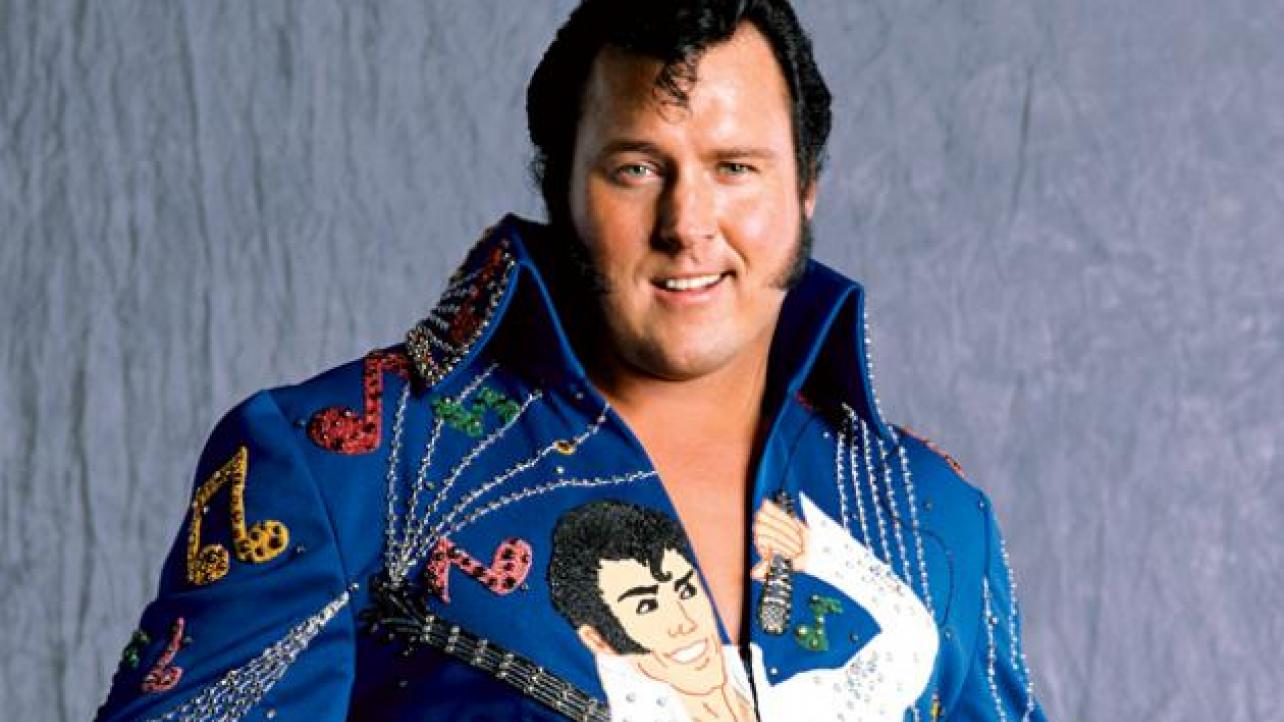 As noted, WWE legend The Honky Tonk Man recently spoke with Andy Malnoske of WrestlingInc.com for an interview. Featured below are some additional highlights from their discussion.

On not pining for an induction into WWE’s Hall Of Fame, as he doesn’t feel it is as significant as other Hall Of Fames in professional sports: “The Hall of Fame, if it comes, it comes. It’s not something I pander for or I wait on. I’ve been critical of the Hall of Fame and some of the things they’ve done and how they do it. To the fans, I know that you’re gonna say I’m bitter, I’m hateful and all those things, but I’m not. It’s a TV show right now, it’s not a Hall of Fame. It’s not like you get a big $35,000 diamond ring like you see the Super Bowl guys wear… If you’re gonna do it, make it that kind of a thing. Don’t have the gimmicks go out and be the gimmick on TV. If they ask me to go out and say we want you to wear a jumpsuit I would just say, ‘If that’s what you want me to do, forget about it,’ because I’m not that character anymore. If you want me to be that character, put me on TV, give me a contract, use me full-time and I’ll do that.”

On Hulk Hogan helping him play the guitar riff he would use during his WWE career: “Hogan was the one who told me, because I knew I needed something other than ‘clank, clank, clank,’ he said try this, because he was a bass player. He said do this and showed me where to put my hand.”

On seeing Hulk Hogan at WrestleMania 33 in Orlando and staying in contact with Jimmy Hart and his cousin, WWE Hall Of Famer Jerry “The King” Lawler: “I saw Hulk at WrestleMania down in Orlando, it was the first time I’ve seen him in ten years. I walked right into the store where he had his store set up down there and he looked at me and it was like, ‘What’s gonna happen? Is Honky Tonk Man gonna beat me up or what?’ I smiled, he smiled and it was like we were like teenagers again… Jimmy and I, we talk usually about once a month, periodically we’ll talk… People ask me when I see my cousin Jerry Lawler. I’ll see him in Winston-Salem and I’ll see him at Icons of Wrestling in Philadelphia next weekend, so we run across each other pretty frequently.”

Check out the complete interview with The Honky Tonk Man at WrestlingInc.com.