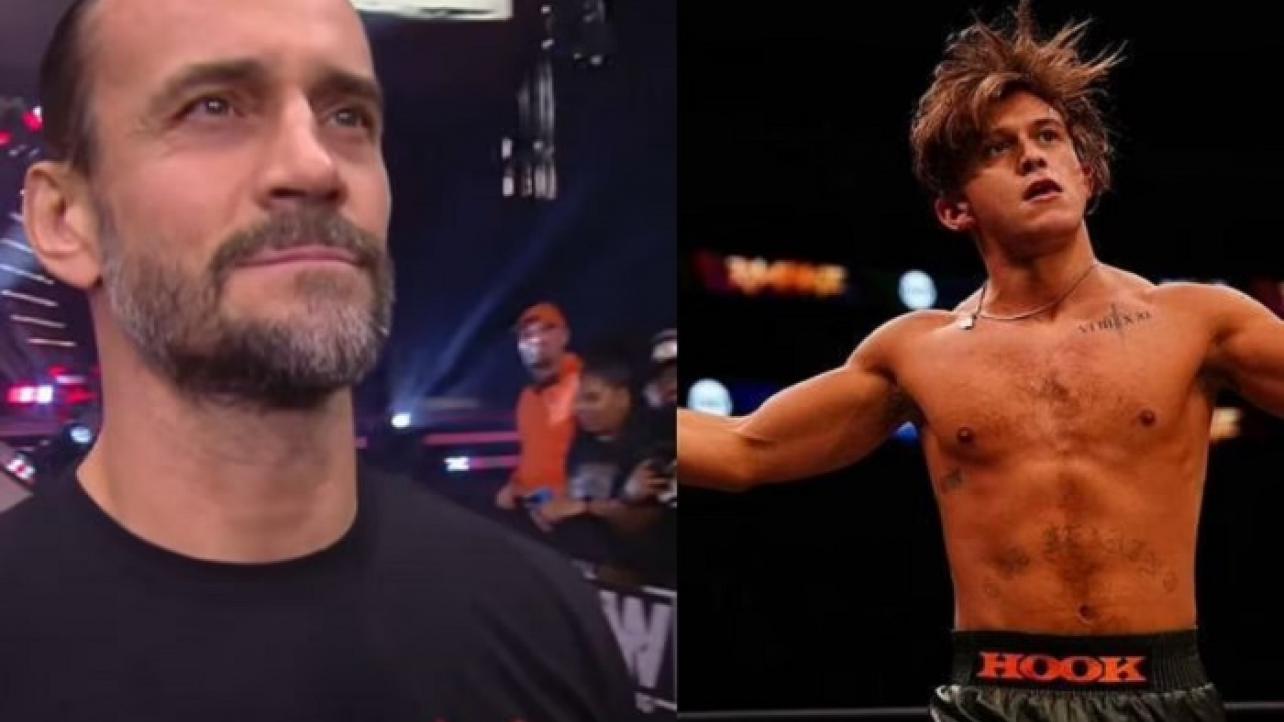 As noted, the pro wrestling world was buzzing following the AEW Rampage in-ring debut of Hook, the son of Taz, last Friday night.

After his victory over Fuego Del Sol in his debut performance, the Team Taz member was the talk-of-the-town on Wrestling Twitter and other social media outlets.

In addition to his ring entrance to the Action Bronson single “The Chairman’s Intent” going viral leading up to the TNT broadcast following the Rampage taping at the UBS Arena at Belmont Park in Long Island, New York, his performance in the match itself was also a big topic of conversation afterwards.

Several AEW and other pro wrestling stars took to social media to comment on the impressive debut of Hook after last Friday’s show, and apparently fans were also eating up everything Hook-related.

Pro Wrestling Tees announced on Wednesday morning that Hook’s t-shirt was the top seller of the week for Shop AEW items, out-selling CM Punk’s “Best in the World” t-shirt, “The Real 4 Pillars Of AEW” t-shirt, the “All About The Boom!” and “All Elite BayBay” Adam Cole t-shirts, Malakai Black’s “House Of Black Stained” t-shirt, as well as MJF’s “And You Know It” and “Past, Present Future Of Professional Wrestling” t-shirts.

“Shop AEW Top Sellers of the week,” read the announcement — which included a photo of the top-selling AEW t-shirts — from the official Twitter feed of Pro Wrestling Tees. “Congrats Hook!”

Check out the actual tweet with photos of the top selling Shop AEW t-shirts of the week via the post embedded below.

Also embedded below is a quick response from Punk, who acknowledged Hook out-selling his t-shirts for the week with a reply to the tweet containing a “Hook” emoji.