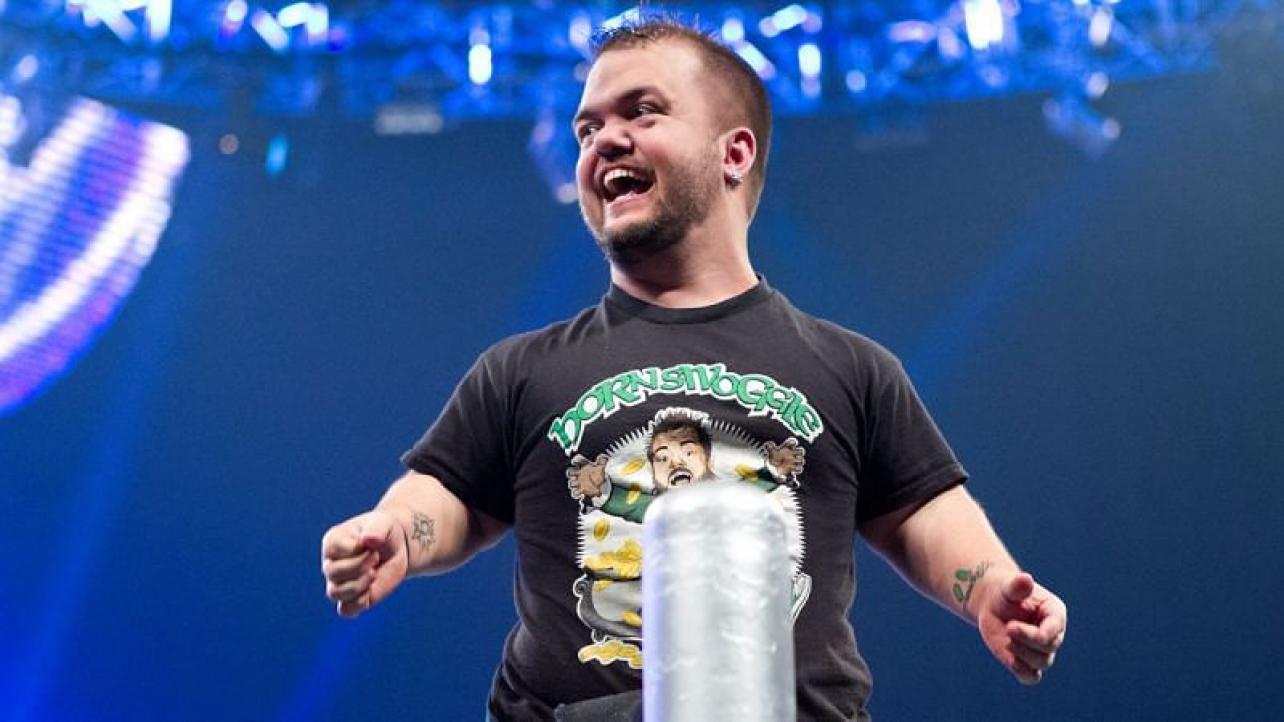 In a recent interview with Inside the Ropes, Dylan Postl, AKA Hornswoggle, discussed a number of topics, including his time in WWE. During the conversation, the former WWE Cruiserweight Champion spoke about his relationship with Finlay, and shared a few tales from the road. Check out the highlights.

Says people were afraid to rib him because of his “wrestling dad”:

“I think people at times were afraid to pick on me because of my relationship with Fit, like he is and will always be my dad, my wrestling dad. I have three dads, I have my real dad, I have Fit and I have Tommy Dreamer and I have three of the most opposite of each other dads ever. But I love it that way. So I wasn’t I wasn’t the target a lot, and if I was, it was usually by Fit, but I was always the one, like coercing others to pull them on each other. I had influence. I was 100 percent the shit-stirrer of the locker room, 100 percent. I’m OK with that. Again, I’m putting smiles on faces, whether it’s someone at someone else’s expense. I’m putting smiles on faces. I’m making everyone’s day better.”

“The thing is, we’re on these especially these overseas tours where we’re gone about 17, 20 days. You need something about seven, eight days in when we just film TV overseas and we still have a second half of the tour. It’s one of those things and we need to we need that reset button something to motivate us, all right. Hey, we would we had these we played cards a lot, Gin [Rummy]. We had Gin tournaments. Tony Chimel, the famous ring announcer, backstage hand, producer, everything, He would put together Gin tournaments and we had like 16 players. It was a big thing to win these tournaments, a big deal because there was like everyone from ring crew guys and referees to John Cena would play in these things. And obviously the higher calibre player you knocked out, the more glory.”

On Paul Wight being known as a bad loser:

“There was a good amount of times where Big Show was known to throw a deck of cards out of anger or he was known to rip one card so that deck was ruined. Big Show wasn’t a good loser at cards, but we loved playing with them just to get them wound up. I would rather someone be a horrible loser because if someone is a horrible winner. Now you feel double awful about yourself. At least if I beat the person and they’re they’re a horrible loser. I still feel good about myself.”