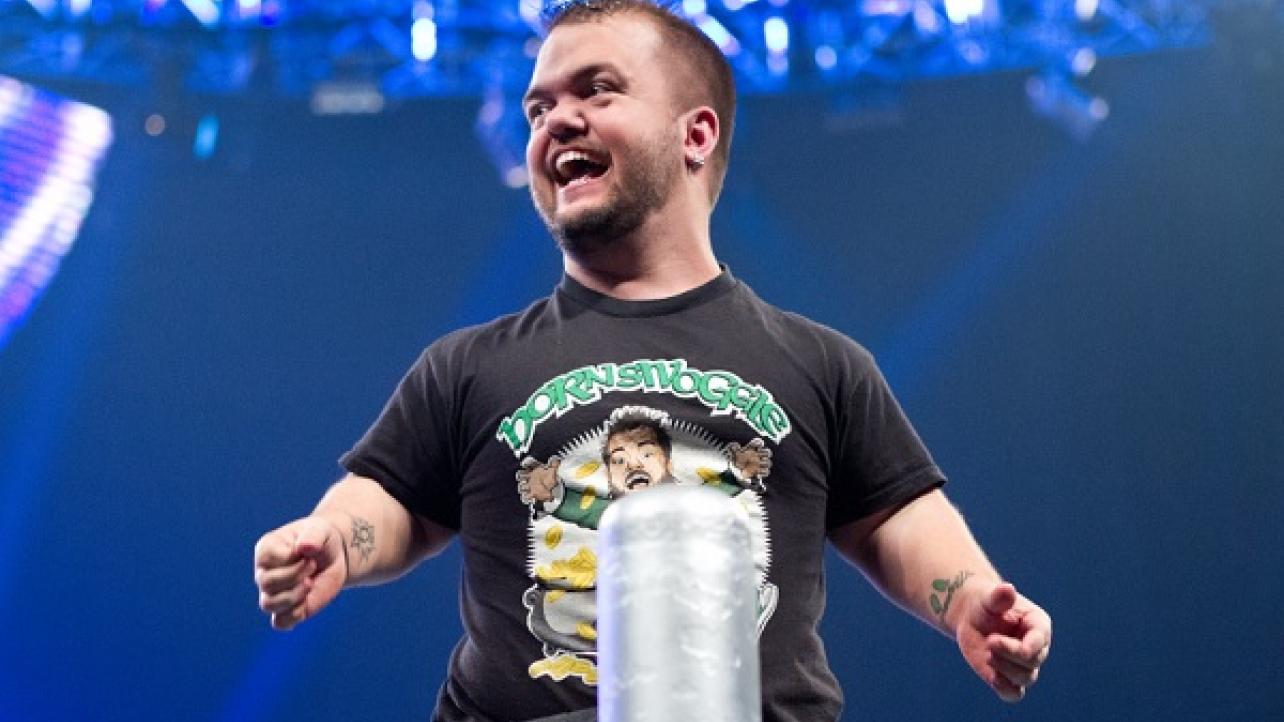 Hornswoggle Talks Infamous “Illegitimate Son” Angle With Vince, WWE’s “Where Are They Now?”

Former WWE Superstar Hornswoggle (Dylan Postl) recently appeared as a guest on the Pancakes & Powerslams podcast for an interview. Featured below are some of the highlights.

On how long in advance he knew he would be revealed as Vince McMahon’s “illegitimate son” in 2007 WWE angle: “Two hours. I thought it was a complete joke, and it was awesome to me because it was my hometown. Bruce Prichard came up to me and he said, ‘I need your phone.’ [I said], ‘for what?’ [He said], ‘I need your phone.’ [I responded] ‘Okay?’ He held my phone for the night so it wouldn’t get out, and told me.”

On WWE including him on their recent “Where Are They Now?” feature: “It was incredible. [WWE] told me back in September, they asked me if I’d be available and I said of course. On such a huge platform, WWE, and so it would be dumb not to. I didn’t know what to expect going into it and the day they were filming, I picked up my son from school, and we just started filming. It was literally just like a day at home, I didn’t even realize that there were cameras there, hardly. It was awesome seeing the end product. I don’t ever watch myself in my matches. I overly critique myself, and I don’t enjoy them then. But this one… I was very happy. It didn’t come off bitter, it didn’t come off anything other than positive. It made everyone see how grateful I am for the opportunities I got in WWE.”

Check out the complete episode of the Pancakes & Powerslams podcast featuring the Hornswoggle interview at BlogTalkRadio.com.

Hornswoggle Talks Infamous “Illegitimate Son” Angle With Vince, WWE’s “Where Are They Now?”