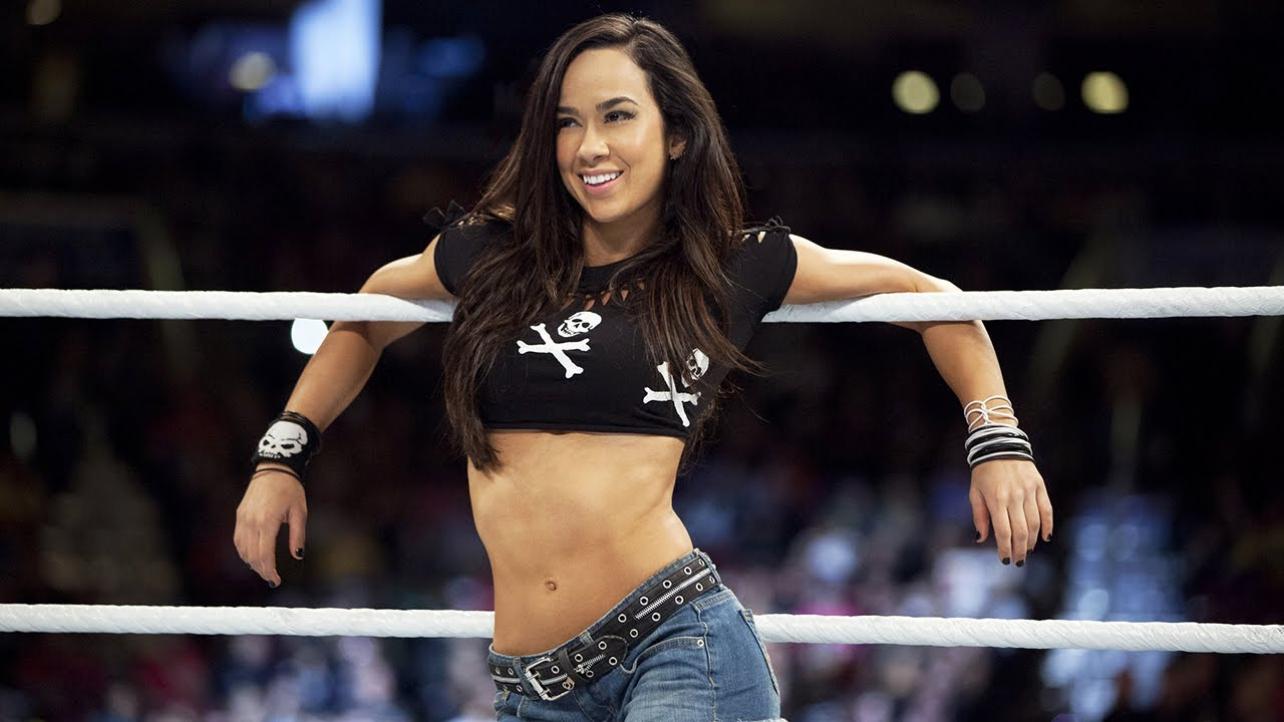 How It Started vs How It Ended: AJ Lee

Welcome back to How It Started vs How It Ended! This edition of the column is all about former WWE “Diva” AJ Lee. Today, you’ll get a look at the early stages of her main roster run, the storyline where she developed her character the most, her rise to the top of the women’s division, and the final chapter of her wrestling career. Now that the intro is out of the way, let’s get down to business!

AJ Lee made her WWE main roster debut on May 27, 2011. AJ previously competed in the WWE developmental brand Florida Championship Wrestling, where she became the first ever FCW Diva’s Champion. Lee also competed on the game show version of NXT, during the first all women’s season. AJ made it to the finale, and was the runner-up to the winner, Kaitlyn. AJ and Kaitlyn both made it to the big leagues, and the two tagged together during May 27th’s episode of Smackdown. Lee and Kaitlyn formed a team known as “The Chickbusters”, and took on Alicia Fox and Tamina, who had Rosa Mendes at ringside. AJ lost her first official main roster match, after taking the pin from Tamina. AJ and Kaitlyn took to the ring again the very next week, with the help of their new “mentor” Natalya. The Chickbusters fell in defeat to Alicia Fox and Tamina once again, after Tamina pinned AJ for the second week in a row. Two weeks later, The Chickbusters teamed up with their mentor, and took on Alicia Fox, Tamina, and Rosa Mendes, in 6-Diva’s tag team action. Lee, Kaitlyn, and Natalya took the loss, in the match, and suffered yet another defeat to the trio six weeks later. Natalya turned on her protege’s as a result of their struggles, and formed The Divas of Doom, alongside Beth Phoenix. The Chickbusters and The Divas of Doom began their rivalry during the August 12th Smackdown taping, where Natalya and Phoenix defeated Kaitlyn and Lee. The next week, AJ teamed up with Diva’s Champion Kelly Kelly, while Natalya partnered up with Alicia Fox. Kelly made the cover on Fox, allowing AJ to pick up her first win on the main roster. The Chickbusters problems with The Diva’s of Doom continued through the rest of 2011, with Lee and Kaitlyn repeatedly losing to the more physically imposing team. Kaitlyn eventually became frustrated with AJ, and left her partner behind, but it wouldn’t be the last meeting between the two.

After Lee and Kaitlyn split, AJ found herself in a relationship storyline with World Heavyweight Champion Daniel Bryan. Lee started showing off more heel based tactics, and became a bit unstable. Lee lost a Mistletoe on a Pole match to eight other Divas, and started appearing alongside Bryan much more often. Soon after that, Lee and Bryan moved on to 2012, where Daniel feuded with The Big Show. During the January 13th edition of Smackdown, AJ got involved in a World Heavyweight Championship match between Show and Bryan, causing her to catch an inadvertent punch from The Big Show, and allowing Daniel to retain the title. AJ would be stretchered out of the arena after the knockout blow, and written off of tv for the next few weeks. Lee made her return to Smackdown on February 3rd, and stopped an attack from The Big Show on her crush. The save proved to be ineffective, as Bryan began verbally berating AJ in the weeks that followed, and the pair began to have problems. Daniel Bryan went into Wrestlemania 28 as World Heavyweight Champion, with AJ still by his side, and he squared off with Sheamus. When the bell rang, Lee planted a kiss on Bryan, who turned around into a Brogue Kick from Sheamus, and lost his title in 18 seconds. Over the next few months, AJ seemingly tried to fix the relationship between the two and appeared to do just that, which lead to a sports-entertaining wedding angle. In a strange twist on the way things usually work, Lee proposed to Daniel Bryan, and the two were set to be married at Raw 1000. When the bride and groom exchanged “I Do’s”, AJ revealed that her “I do” was directed towards another man, whom she “said yes to earlier”. The “yes” would be revealed as the response to a job offer, and Vince McMahon named Lee the new Raw General Manager. AJ assumed her new managerial role, and became a thorn in the side of top stars Daniel Bryan and CM Punk, but it wouldn’t be the end of her in-ring work. AJ would soon enter the prime of her career.

I Am The Cream

AJ’s time as GM of Raw ended after altercations with Paul Heyman and Vicki Guerrero caused her to be relieved of her duties. Fast forward to April 22nd 2013, where AJ has finally gotten her in-ring career back on track. During an episode of Raw, AJ competed in a battle royal to determine the number one contender to the Divas Championship. AJ punched her ticket to Payback, which is exactly what she had the chance to give her former tag team partner, Kaitlyn. AJ and Kaitlyn faced off for the Divas Championship, in a match that took the women’s rivalry to the next level. During the closing moments of the match, Lee locked on the Black Widow, forcing Kaitlyn to tap out, and earning her first WWE Diva’s Championship. The rivalry between the former “Chickbuster’s” moved on to the Money In The Bank Pay Per View, where AJ and Kaitlyn squared off once again. Along the way to their clash at the event, AJ and Kaitlyn made history, and became the first women to be a part of a in-ring contract signing segment. When the Champion and former Champion faced off, AJ forced Kaitlyn to tap out to the Black Widow once again, and cemented her reign as Diva’s Champion. AJ and Kaitlyn went on to battle over the title once again during the August 2nd edition of Smackdown, where AJ retained the Championship, after interference from Layla. AJ moved on from Kaitlyn shortly after that, and began to get assistance from Tamina Snuka. Lee defended her title against Brie Bella, Naomi, and Natalya throughout the rest of 2013, and kicked off 2014 by becoming the longest reigning Diva’s Champion at that time. Lee retained her title after matches with Cameron, and another collision with Natalya, before getting involved with Vicki Guerrero again. The Smackdown General Manager forced AJ to defend her title in the 14 woman Vicki Guerrero Invitational, in what would be the first ever defense of the Diva’s Championship at Wrestlemania. Lee spoiled the apparent plot by Vicki, and came away from the match victorious, after forcing Naomi to tap out to the Black Widow. AJ walked in and walked out of Wrestlemania with her Championship in hand, and moved on to the next night’s episode of Raw, where history was made once again.

When the April 7th, 2014 episode of Raw went down, AJ took to the ring to brag about her victory at Wrestlemania. While she stood in the ring, NXT Women’s Champion Paige made her main roster debut, and said she wanted to congratulate Lee. AJ told Paige she didn’t need her congratulations, before laying down a challenge to the newcomer. During the closing moments of the match, AJ locked on the Black Widow, but Paige reversed the hold, and hit the Paige Turner for the win. The loss marked the end of the 295 day reign with the Diva’s Championship, and AJ took some time off after that. Once AJ returned, she challenged Paige for the Diva’s Championship, and won the title for the second time. Lee held the title for 48 days, until she dropped the strap to Paige at Summerslam. AJ managed to earn herself a third crack at the butterfly belt, and sealed the deal on a third title reign, after defeating Nikki Bella and Paige at Night of Champions. Lee successfully defended her title against Paige at Hell in a Cell, before losing the title to Nikki Bella at Survivor Series, after interference from Brie Bella. When the dust settled, AJ stepped away from the ring for a short time, and returned on March 2nd, 2015. During the nights episode of Raw, AJ saved Paige from a beat down by The Bella Twins, and set up a tag team match at Wrestlemania 31. In the closing moments of the match, AJ locked on the Black Widow, and forced Nikki Bella to tap out. AJ and Paige, along with Naomi, took to ring the next night on Raw, and faced off with The Bella’s, as well as Lee’s former mentor, Natalya. Naomi hit the Rear View on Nikki to pick up the win, in what would turn out to be AJ Lee’s last match. AJ retired from wrestling on April 3, 2015, after spinal complications caused her to step away from the ring. Lee also found herself in the middle of the heat between her husband CM Punk, and WWE Officials, which caused her to make a choice between the two.

That’s all for this edition of the column! Thanks for stopping by, and have a great rest of your day!

How It Started vs How It Ended: AJ Lee