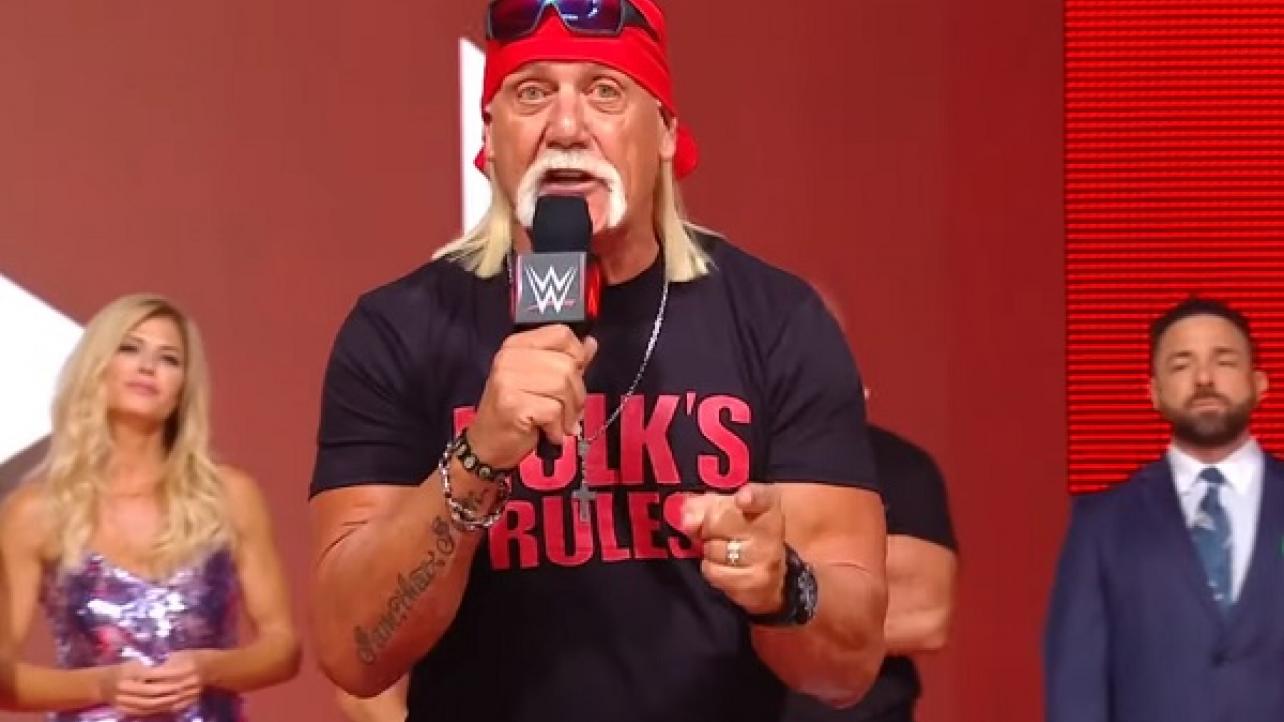 WWE Hall of Famer Hulk Hogan spoke to ESPN where the Immortal One discussed who he believes will be the next big star in the WWE, as well as reveal his favorite SummerSlam moment of all time. Hogan states that while guys like Kevin Owens, AJ Styles, and Drew McIntyre all have incredible potential, Charlotte Flair is the talent who stands out to him the most.

“Oh my gosh, well, you know, Vince is always looking for that one big attraction, you know. When I see all the young guys coming up, it’s just hard to tell because there are so many of them that are fighting to grab that brass ring. You’ve got “The Scottish Psychopath” that is running around like a crazy man.

“Of course, you’ve got AJ Styles, then you got Ricochet who’s making an impression on everybody. I’m still betting on Kevin Owens, he’s my boy. But I’m a huge John Cena fan, he’s my favorite wrestler. He’s kind of like doing a lot of movies and stuff, so I’m disappointed that I can’t throw John Cena back in the mix for the world title. But, yeah there’s a lot of major Superstars. And the girls. Charlotte Flair is like setting this bar so high that a Ric Flair, Hulk Hogan, Andre The Giant would have a hard time catching her because – the girls, I really do think Charlotte Flair is the one that’s blowing the roof off of the place because she’s got it all. It’s just amazing. You’ve got a handful to pick from. I sure wish I was Vince McMahon with all of this talent.”

Hogan then talked about teaming with Brutus “The Barber” Beefcake to face Randy Savage and Zeus.

“My favorite SummerSlam moment would probably have to be when myself and Brutus Beefcake took on “Macho Man” and Zeus with Scary Sherri in their corner. I think that match was probably the most fun I’ve ever had at a SummerSlam. And the crowd was so loud, it was deafening. It made my jaws water. It was so loud I couldn’t take it, it was wild in that ring.”

Check out the full Hulk Hogan interview at ESPN.com.

(H/T to WrestleZone for transcribing the above Hulk Hogan quotes.)