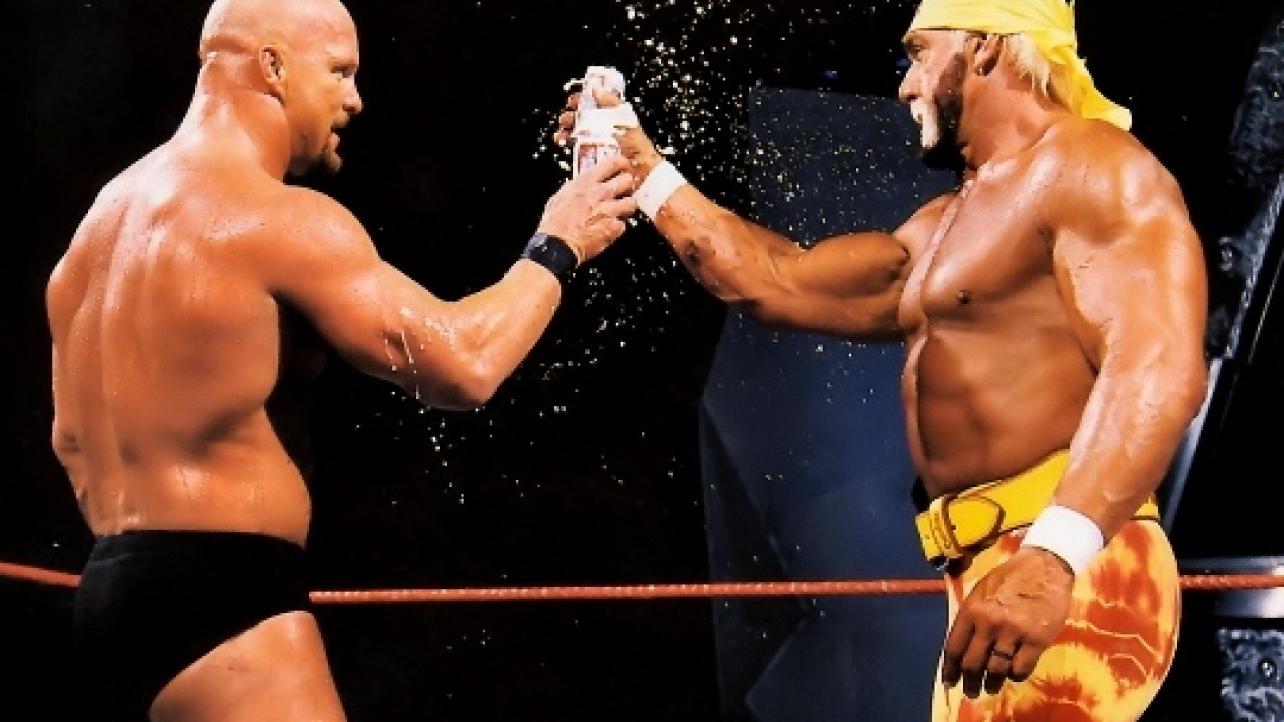 During the most recent edition of the WWE Podcast After The Bell with Corey Graves, Hulk Hogan talked about wanting to wrestle Stone Cold Steve Austin. The Hulkster said that when he returned to WWE to feud with The Rock, he wanted to take on “The Texas Rattlesnake” after that. “The Immortal” one spoke about the plan he had in mind after his epic collisions with The Rock, and told Corey:

“My whole goal was to have that run with The Rock and then focus on Stone Cold. Because, as a heel, I could’ve put him over everywhere. If they could’ve put the belt back on me, he could’ve chased me – and like Stone Cold says, ‘If there’s money to be made, let’s make it, brother.’ That was my goal. It was to get him in that Hulk Hogan zone and make him realize – he’d been beat up pretty bad with his neck and a bunch of stuff – I just wanted him to realize the way you go to the ring, the way you feel, was the same way you’re going to feel after working with me on the way back. It’s going to be nice and easy, but we’re going to tear the house down”.

WWE once teased the match happening, but nothing ever came to fruition, due to timing issues.

Would you have like to seen Hogan and Austin throw down? Sound off in the comments section!