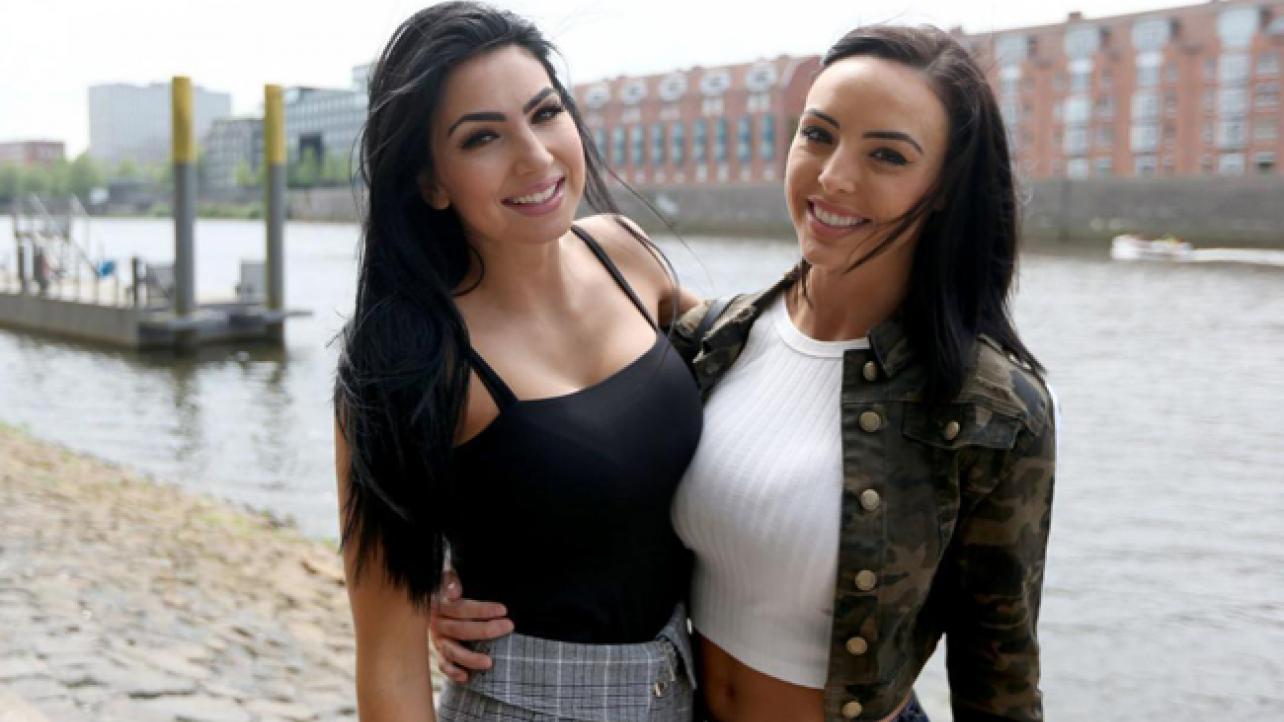 The IIconics Recall Their Main Roster Debut, Traveling In WWE

Earlier this week, Cassie and Jessie, formerly known as WWE Superstars Billie Kay and Peyton Royce, recorded the first episode of their podcast, Off Her Chops, where they recalled their WWE Smackdown debut. The duo, who competed as The IIconics at the time, kicked off their WWE main roster run by attacking “The Queen” Charlotte Flair. Cassie and Jessie also shared a few stories from their time traveling with WWE. Check out what the former WWE Women’s Tag Team Champions had to say.

On making their main roster debut after Wrestlemania:

“We debut, SmackDown after WrestleMania, huge deal. Literally, if we could have dreamed up our debut – that’s exactly what we would have booked. Insane. What came after, the weeks after – incredible. So happy. Fast-forward a couple of months we had the Super Showdown in Australia, in Melbourne, in the arena we had our try-out in – that was such a full circle moment.”

Discusses the toll traveling took on them:

“I would get physically ill, inside of an airport, put me on a plane, getting to the next town. Remember one time we had to pull the car over on the highway because I thought I was going to throw up.”
“If it’s for leisure, sure, an airport is great – love flying, give me a window seat so I don’t vomit all over myself. I don’t know, it was just different when it was for work for some reason. Because I knew every time I got on a plane, I wouldn’t be back for five days, and when I got home I’d only have two nights at home and in that time I’d have to do all my washing, re-pack my bags, run my errands and I’d maybe have half-a-day to myself to spend with my then fiancé and it really took its toll on my mental health.”

“I need an aisle seat guys, there were many flights where I would have to have stern talks with flight attendants, even on international flights, I would be hunting around because you got your seat rows assigned. I would have to hunt – and no one wants to give up an aisle seat. But sometimes I would have to beg someone because I – and it’s got worse over time – but I am claustrophobic. And if I can’t get out, it freaks me out… I remember one time, you [Cassie] were behind me, it was a flight where we were able to get a connection home, and we’d be home three hours earlier, and the only options were middle seats. I was like ‘just suck it up princess, you’re gonna get home early’. So Cass was behind me, middle seat, I’m in front of her and at this stage, no-one has sat down either side of me, so I’m like ‘hope someone’s missed their flight – sorry’. A person sits down at the window, I’m like ‘that’s alright’, the instant she sat down I felt a little bit of anxiety, then someone sits down next to me. Bless his heart, an older gentleman – his wife was in the opposite aisle seat. They wanted to be together, super cute.”

The IIconics Recall Their Main Roster Debut, Traveling In WWE