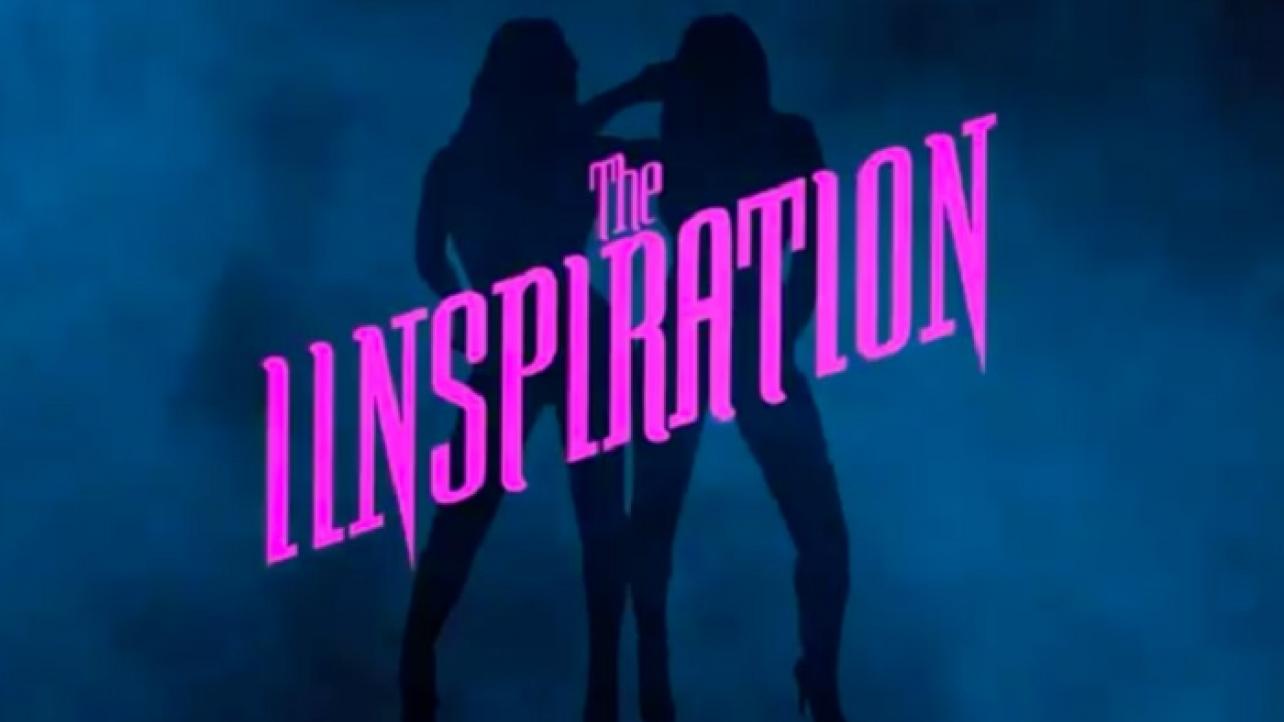 The IInspiration recently appeared as guests on the Wrestling Inc Daily podcast for an in-depth interview covering all things pro wrestling.

During their appearance on the show, Cassie Lee and Jessie McKay spoke about IMPACT Wrestling being the perfect home for The IInspiration and more.

Cassie Lee says IMPACT is a perfect home for the IInspiration: “I feel like it was a perfect fit for us or not to toot our own horn but we’ve had many options and what it came down to Jess and I just felt like we just fit perfectly with IMPACT in the knockouts division they just use their talents so incredibly well and the women are just you know put on a pedestal which they should be they’re so good and I just feel like we slipped right on in you know became not hesitating champs did the damn thing and you know, [we fit in IMPACT] like a missing puzzle piece.”

Jessie McKay weighs in: “We found a home because that’s how it really felt. We wanted it to feel like the best decision and it really did, it fits so well. We were so happy. We’re just incredibly grateful to be part of IMPACT and The Knockouts Division I’m super stoked. That’s all I have to say.”

Jessie McKay says that communicating with higher-ups in IMPACT is quite easy: “Cass and I are big on one thing and we like to call it ‘Big C’ and that stands for communication. So when we were talking to Scott, we, first of all, complete gentleman, complete gentlemen. But the one thing we appreciated was the communication. We had everything that we needed, we had all the information that we needed, we knew that this was going to be incredible. We were excited to join IMPACT. But that’s something that we don’t take for granted because we understand how people’s time is very limited. So when people take the time to talk to us, we appreciate that. So it’s been great. He’s been incredible. The freedom that we’ve had is, I mean, it just makes me so freakin’ happy. Because we know The IInspiration better than anyone we have built this from the ground up is a 17-year-old friendship, you cannot force anything on that and they respect that and they respect us as performance. It’s just beautiful and that was a big decision in us joining IMPACT. We felt that respect and we felt wanted, to be honest, and that’s it. That’s an awesome feeling to have.”

Cassie Lee says she is proud to be a part of Impact: “These are women we have looked up to for so many years as well and just see how much emphasis that IMPACT puts on the women’s division, that meant a lot to us, especially the tag team division because that’s where our heart and soul is. So yes it makes me proud to be a part of a company that has women in such powerful positions.”

Jessica McKay talks a potential singles-run: “I understand because people, especially Cassie and I have been together for so long. To be honest, I haven’t been thinking five years ahead. I’ve been thinking of right now. Because we’ve put all of our time, energy, and effort into right now, and into performing and into delivering what we want to do. So to be honest, I do know that Cassie will be by my side in whatever we do and wherever we go in the next five years. Whatever happens, I know she’ll be by my side. So the one that you can count on is that we will be together.”

Cassie Lee also interested in a singles-run: “Absolutely. I feel like we had a solid five-year plan and then that kind of you know, got ixnayed. We had to put a halt on the five-year plan and put all of that energy, like Jess said, into rebranding and restarting. I absolutely love that we actually had that opportunity. There was a silver lining to it. I’m actually really thankful that it happened. It was really tough. But I’ve never been happier and I’ve never felt more fulfilled in my career than I do right now. Just having you know, complete control of our brands and who we are, what we want to present. That is my favorite thing because it’s everything you see on TV, it’s all of Jess’ and mine’s decisions and it’s what we truly believe in.”