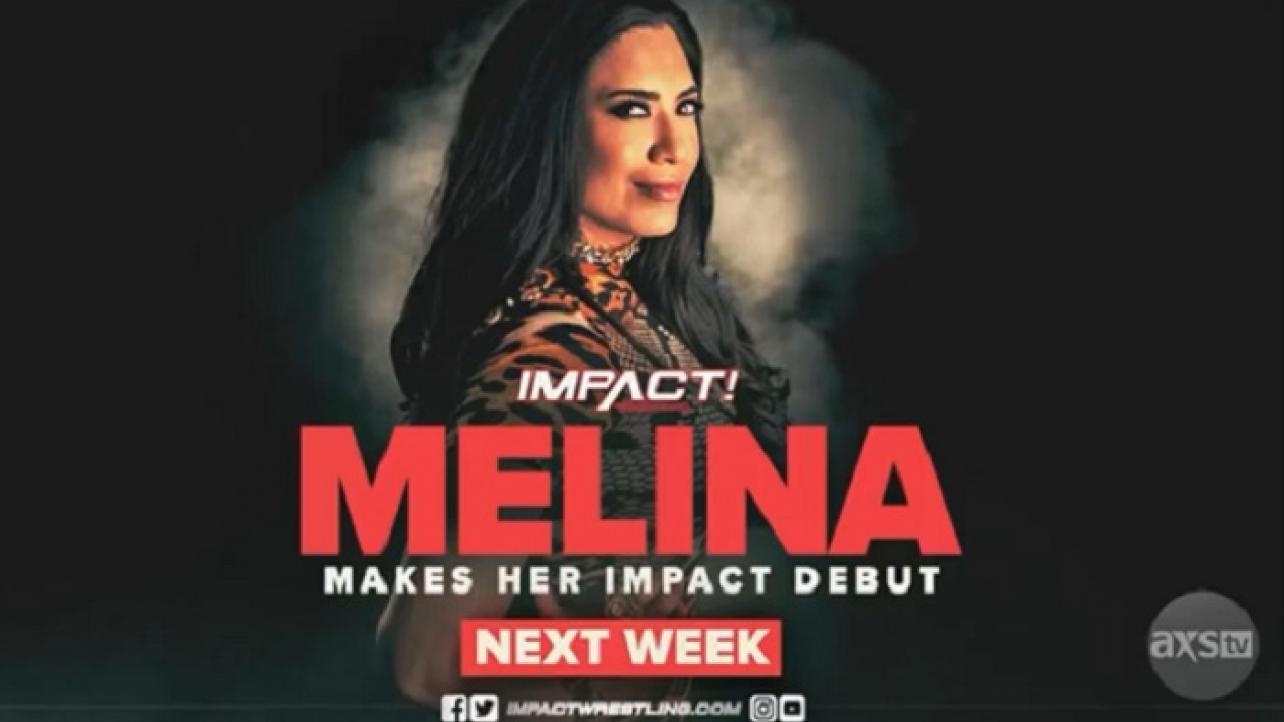 We have a pair of exciting matches set for next week’s edition of IMPACT On AXS.

During a segment on this week’s show, Doc Gallows of The Good Brothers got into a verbal exchange with Joe Doering of the Violent By Design group, which ultimately led to a one-on-one match between the two big men being made for next week’s show.

Additionally, it was announced that Melina Perez will make her in-ring debut for IMPACT Wrestling on next week’s show against an opponent yet to be named, as she looks to give IMPACT Knockouts Champion Deonna Purrazzo a first-hand look at what she’s in store for when they square off for her title at NWA EmPowerrr.

Finally, it was announced that whomever emerges victorious between Kenny Omega and Christian Cage in the first-ever AEW Rampage match on the first-ever episode of the new All Elite Wrestling show on Friday, August 13, 2021, will appear inside the IMPACT Zone on next week’s show with the IMPACT Championship.

Make sure to join us here next Thursday night for live IMPACT On AXS TV results coverage from Nashville, TN.