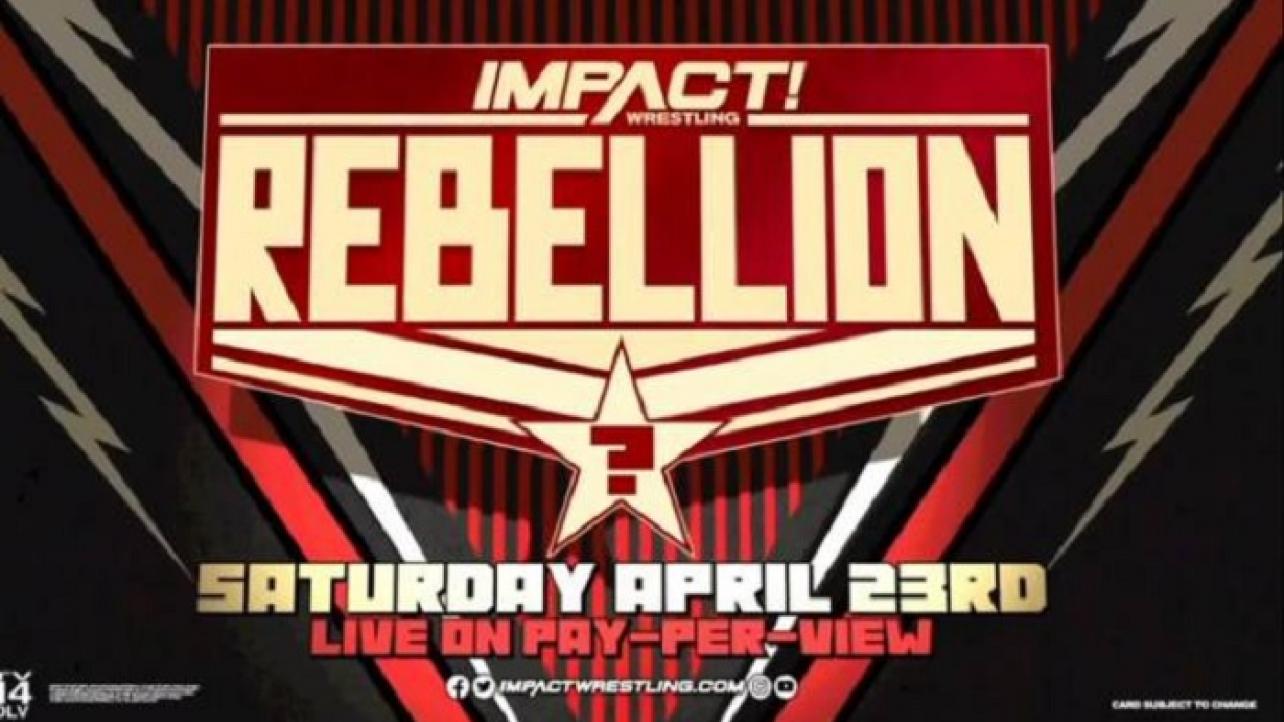 You can officially pencil in a date and location for this year’s IMPACT Wrestling “Rebellion” pay-per-view event.

During the IMPACT Hard To Kill 2022 pay-per-view on Saturday night at The Bomb Factory in Dallas, Texas, the promotion confirmed the details regarding the when-and-where for the aforementioned annual pay-per-view.

IMPACT Rebellion 2022 will take place from Poughkeepsie, New York on Saturday, April 23rd. While no venue was officially announced, the Mid-Hudson Civic Center seems to be the likely candidate.

Check out the official IMPACT Rebellion 2022 pay-per-view logo for the show on 4/23 in Poughkeepsie, N.Y. via the tweet embedded below. Make sure to join us here at eWrestling.com for live results coverage of the show.

Attention #Wrestling fans from the Upstate New York area — if you’re a fan of #ImpactWrestling, start making your plans now. #Rebellion #PPV has been CONFIRMED to take place in Poughkeepsie, N.Y. on April 23, 2022! Announcement made by @IMPACTWRESTLING during #HardToKlll! pic.twitter.com/PRspZwQ8q8