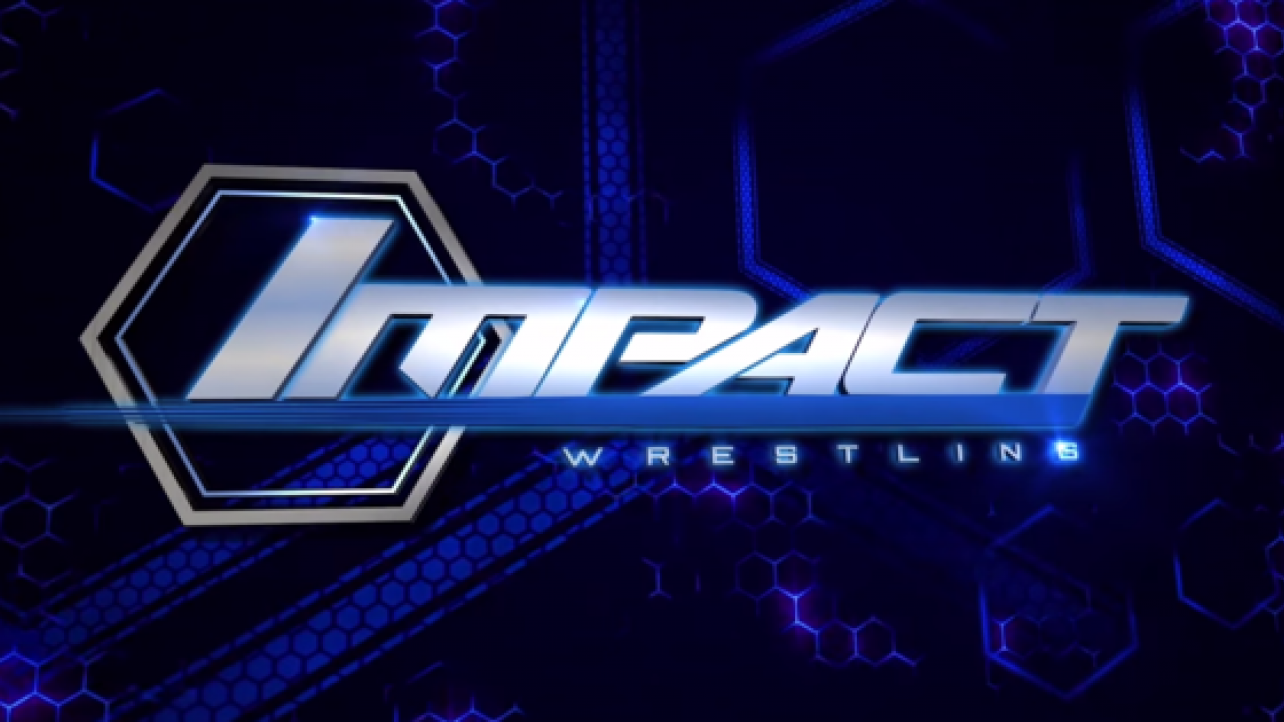 Impact Wrestling opened up with a look at everything that went down last week.

Ace played to the crowd, leaving Eddie to attack him in the corner.  Ace kicked his way out but was drilled.  The crowd was all over Eddie early on.  Ace took him down with a kick and rode him to the may, trying to use his playing card to slice between Edwards’ fingers.  Eddie went to the floor.  Ace followed and drilled him with a kick from the apron.  King distracted Ace, allowing Eddie to smash him from behind.

When we returned, Edwards controlled the ring with several clotheslines, but Ace kept kicking out of pinfalls and fought his way back to his feet.  They slugged it out.  Ace was sent to the outside and missed a springboard kick back in, eating a clothesline.  Edwards missed with a Boston Knee Party.  Ace nailed a springboard kick for a two count.  Ace called for the Fold but was powerbombed into the ring and then hit with a Tiger Driver for a two count.  Edwards nailed a Die Hard Driver for the pin.

Gia Miller interviewed Heath Miller.  He said he tried to do the right thing but you can’t do that with people with no honor.  They put Rhino out and he’s gone for months after surgery so now he’s going to get every one of them and hit them with a wake-up call.

They aired a promo for Ric Flair’s Last Match.

They showed footage of Shera trying to attack Josh Alexander backstage last week.  Alexander was interviewed backstage.  He won’t back down from a challenge.  Alex Shelley showed up and said Moose, Joe Doering and others may be big, but at Emergence he wants Alexander to bring him his best so Shelley can beat him at his best.

Zicky and Trey went back and forth.  Trey nailed a 619 and tagged in Laredo.  They nailed a double dropkick.  Dice went to the floor, where he and Swinger conspired in the corner.  They went for a double dive but Swinger and Dice ran away and put on bondage masks for some oddball reason.  The idea was they thought they would be identical like the Killer Bees.  That didn’t work out so well for them.  Trey hit a dive on Swinger but was attacked by Dice.  Swinger tossed him back in and worked over Trey in the corner.  Laredo made the tag and cleaned house but was drilled by Swinger from behind.  Swinger accidentally nailed Dice and Laredo pinned a frog splash off the top for the pin.

They showed Gujjar beating Vincent on BTI.  Gujjar wanted his Digital Media Championship match against Brian Myers.  Black Taurus wanted a title shot and Scott D’Amore made it so for next week.

The idea is they are OVW representatives getting a chance in Impact ring.  Evans said they were wrestling to earn their way into her “Flayva” division. Nieves controlled the ring until missing a charge in the corner.  Stone did a Matrix to avoid her charge but missed a Hollywood Star Press.  Nieves nailed a DDT and scored the pin.

The lights went out and Killer Kelly made her way to the ring.   Nieves shoved her but was drilled with a kick to the face and locked in a sleeper, choking her out.  Kelly then nailed Stone with a big dropkick and drilled her to the mat.

The latest VBD video.  Eric Young told them to take out the Machine Guns, then KUSHIDA.

They aired a video package on Alex Shelley’s first-ever chance at the Impact Championship at the 8/12 Emergence PPV in Chicago.  They featured Johnny Gargano among those commenting on Shelley.

Alexander used his finesse to lock in an abominal stretch but Shera used his power to escape and toss him around.  Alexander needed several clotheslines before he could put Shera over the top to the floor.  They battled on the floor with Shera getting the better of it.  Alexander was tossed back in but fought Shera, knocking him to the floor and then hitting a bodypress.  Singh nailed Alexander who backed him off.

Back in the ring, Alexander fought off Shera and forced him to tap with the anklelock.

Backstage, Moose denied he and Maclin have any sort of an alliance.

Backstage, Honor No More was upset they were attacked by Heath again.  Scott D’Amore was confronted by them.  They wanted their title matches and asked for what they deserve. He told Eddie to learn how to be a leader and walked off.

Backstage, Deonna Purrazzo and Chelsea Green were conspiring when Jessicka showed up and tried to befriend them.  Taya and Rosemary showed up and made her leave.

Back in the ring, Raj Singh complained about what Josh Alexander did and said he should have been DQ’d.  He won’t leave until there is justice.  Instead, there was darkness and Sami Callihan was in the ring and attacked Singh when the lights returned.  He piledrove Singh and took the mic.  He told Moose he doesn’t care if he has an alliance with Maclin or not.  He’s coming for Moose.

Mia Yim was interviewed.  She came back to show the world she was better than before.  Jordynne Grace is a great champion but she’s going to win the title at Emergence.  They had “technical issues” with the interview.

The signal was then lost during an on-camera with the announcers.  It turned out Honor No More was screwing with the truck.  They argued with Scott D’Amore.  He said they went too far.   They wanted what they deserve.  Scott made Bullet Club vs. Honor Club at Emergence.  If they lose, they must disband.  If they win, they get the title shot they are aiming for.

They aired the Ric Flair Moment of the Week, showing the creation of Fortune and the Jay Lethal Woo Up.

Some really nice back and forth wrestling as they went through a feeling out process early on.  They went back and forth and went for dropkicks at the same time before facing off.  They went into a test of strength before KUSHIDA worked over Swann’s arm.  Swann escaped but was nailed with several running palm striked.  Swann went to the floor, where KUSIDA faked him out with a dive tease.

After a commercial, KUSHIDA continued to control Swann inside the ring, working over his arms and trying to wear Swann down.  Swann fought back with a series of kicks to the kidneys and back.  Swann chopped away at him and measured with kicks to the center of the back.  Swann hit a sliding kick that sent KUSHIDA to the floor.  They battled on the floor but KUSHIDA ducked a chop and Swann nailed the ring post.  Ouch.  Back in the ring, Swann rained down with a series of punches in the corner.

KUSHIDA worked over his shoulder and locked a Fujiwara armbreaker.  Swann fought to the ropes.   Swann fought his way out but was nailed with a big dropkick.  They battled back and forth until Swann’s arm was drilled.  The fans chanted “This was awesome.”  Swann came back with a neckbreaker and kick to the back of the neck for a close two count.  Swann went for the Phoenix Splash but KUSHIDA escaped the move and went for the Hoverboard Lock.  Swann hit a German suplex to break the attempt.  KUSHIDA nailed him with a hard kick but Swann nailed a rana off the ropes.  They battled on the buckles but Swann was caught in the Hoverboard Lock on the ropes and nailed with a superplex.  KUSHIDA held on and forced Swann to win.