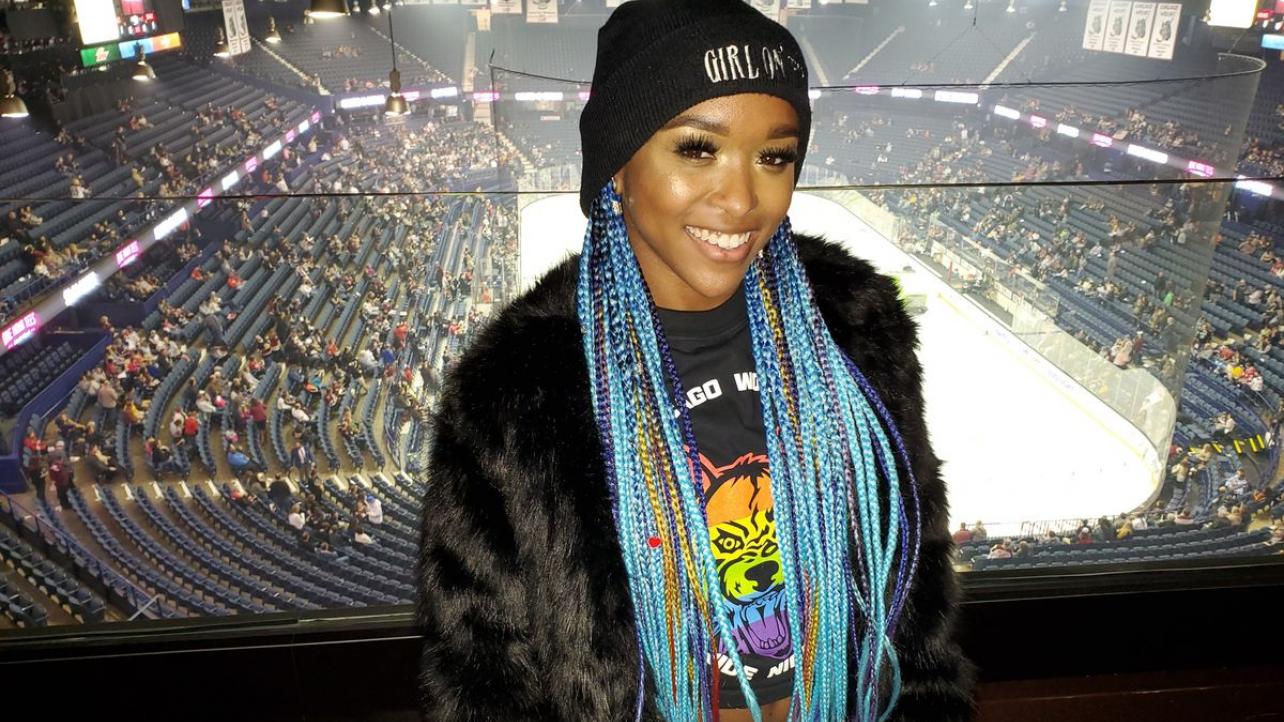 Impact Wrestling star Kiera Hogan recently spoke to the Sex & Violence podcast, where she discussed how the wrestling industry has changed. Hogan also stated that she doesn’t feel like you need to go to WWE to “make it.” Check out the comments from the former Knockouts Tag Team Champion:

Why she believes going to WWE isn’t the only way to “make it”:

“WWE is definitely the biggest of the big,” she said (per Fightful). “I mean, at one point it was the only big wrestling company around but now in 2021, there’s like a lot of big companies and on TV, you don’t necessarily have to go to WWE to make it per se. That was always my dream growing up because that’s what I looked forward to but I also grew up watching IMPACT. Back then it was known as TNA, Total Nonstop Action Wrestling. I was a huge Knockout fan, like so big on the Knockouts because they were so different. They weren’t cookie-cutter, the girls had tattoos. They were doing hardcore matches, like, these women were busting their asses. I was so obsessed, and I made YouTube videos about it as a kid, like, ‘I want to be a knockout. People need to recognize the Knockouts and stop thinking that the Divas are it!’ Literally, I bled for those Knockouts honestly very interesting to finally see me here in this spot.”

Why she feels like “the sky’s the limit” for her:

“It’s wild, because that’s something only as a kid, as a 16-year-old kid, I was like, ‘I want to do that one day,’ and at 26 years old, I’m sitting here saying that I’m doing it. So I mean, IMPACT is always like a dream. I honestly don’t even sit and think about the things that I would talk about as a kid. Now looking at what I’ve done being in the position that I’m in. So I mean, WWE, like I said, that has always been the dream, but I feel like I’ve had so many dreams that I’ve been able to accomplish. So I feel like the sky’s the limit for me when it comes to what company I want to go to and why it was not the traditional company. Why it was just a wrestling company that was based off of another show, GLOW, and they made it into an actual wrestling series where it wasn’t all just actual professional wrestlers. It was kind of a mix of pro wrestlers and actresses. So it had a really different vibe from anything I was used to and that was an interesting experience on its own and a lot of people can’t even say that they’ve done. So I’ve been able to do a lot of things and without it just being WWE and I feel super accomplished.”