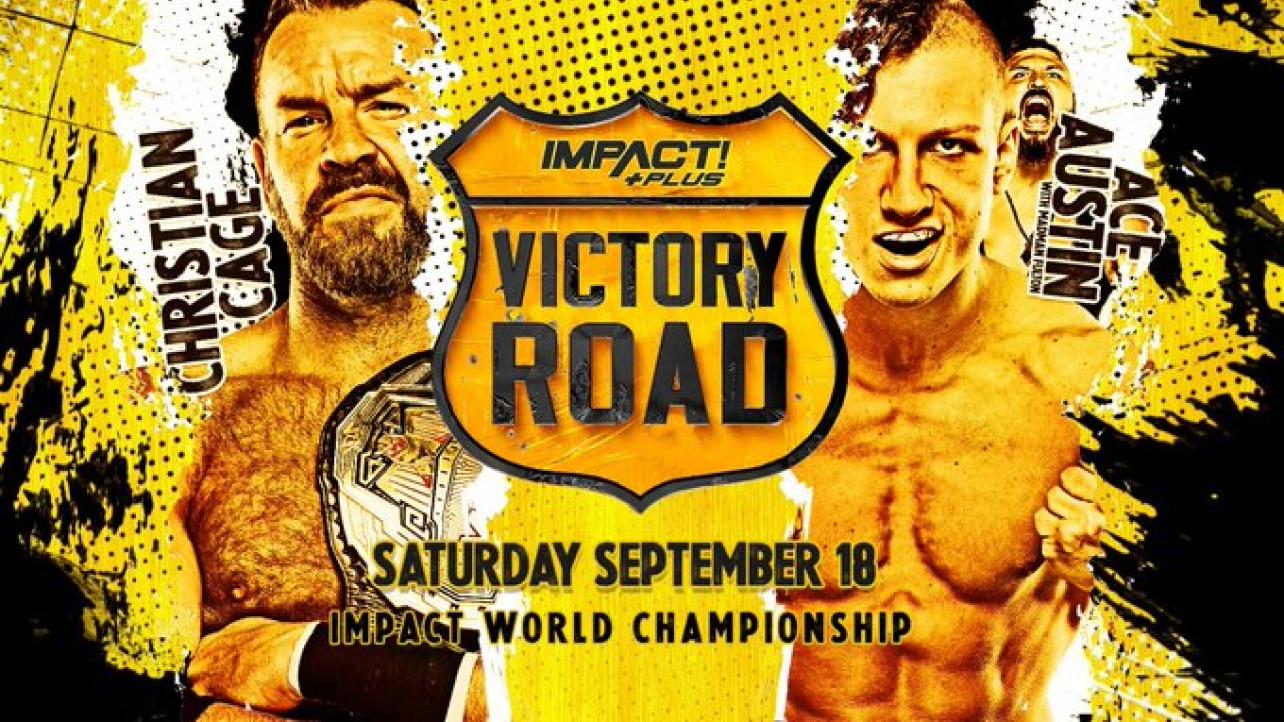 You can officially pencil in two new matches for the upcoming IMPACT Wrestling pay-per-view.

During this week’s IMPACT On AXS show at Skyway Studios in Nashville, TN., a pair of new matches were officially announced for the IMPACT Victory Road 2021 PPV set for later this month.

Now confirmed for the PPV are Tasha Steelz & Savannah Evans vs. Decay for the Knockouts Tag-Team Championships, as well as Hikuledo & Chris Bey vs. FinJuice in tag-team action.

Already announced for the PPV is Christian Cage vs. Ace Austin for the IMPACT Championship and Josh Alexander vs. Chris Sabin for the X-Division Championship.

Make sure to join us here at eWrestling.com on 9/18 for live IMPACT Victory Road 2021 results coverage from Nashville, TN.