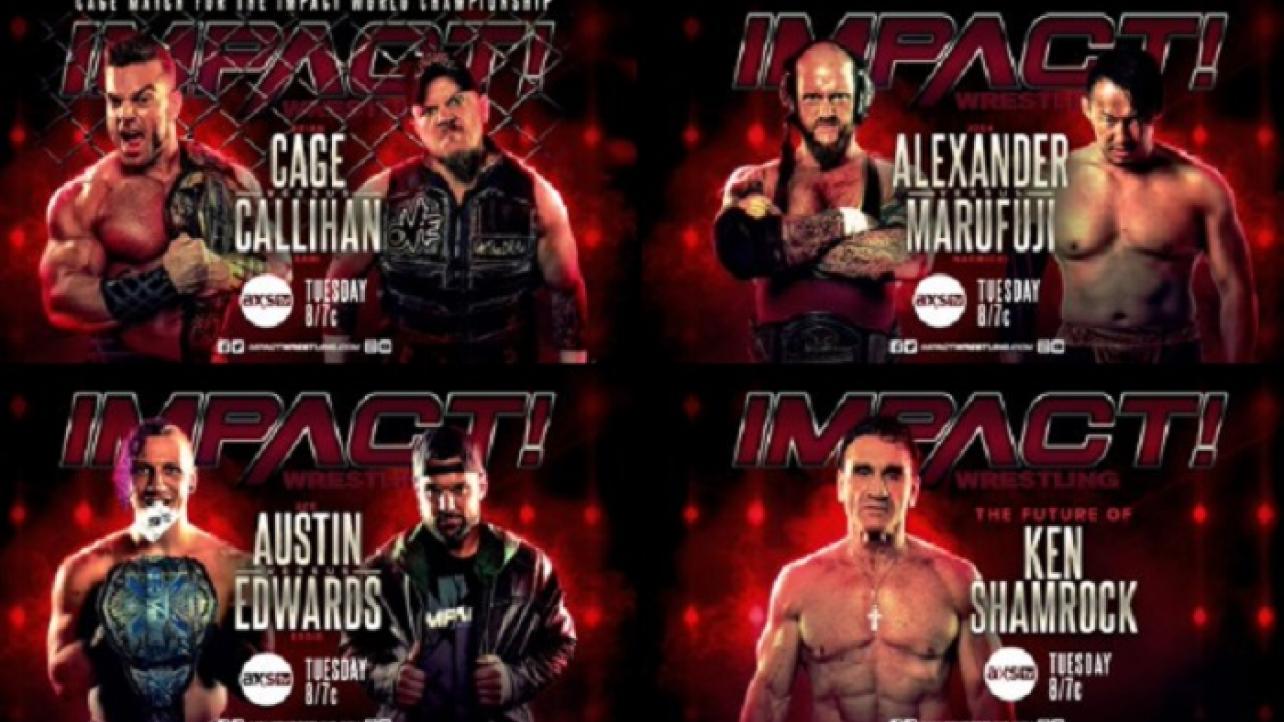 IMPACT Wrestling has announced three matches for next week’s weekly episodic on AXS, including a Bound For Glory title rematch between champion Brian Cage and challenger Sami Callihan, this time inside of a steel cage.

Finally, Ken Shamrock will address his wrestling future following a loss to Moose at Bound For Glory.

Featured below is the advertised lineup heading into IMPACT Wrestling:

Next Tuesday at 8/7c on @AXSTV & @Twitch: @MrGMSI_BCage vs @TheSamiCallihan in a Cage Match for the World Title@Walking_Weapon vs @noah_marufuji_@The_Ace_Austin vs @TheEddieEdwards @ShamrockKen reveals his future

And #IMPACT #Wrestling STACKS the deck for NEXT TUESDAY’S #IMPACTonAXSTV show featuring post-#BoundForGlory action & rematches from the #BFG PPV!