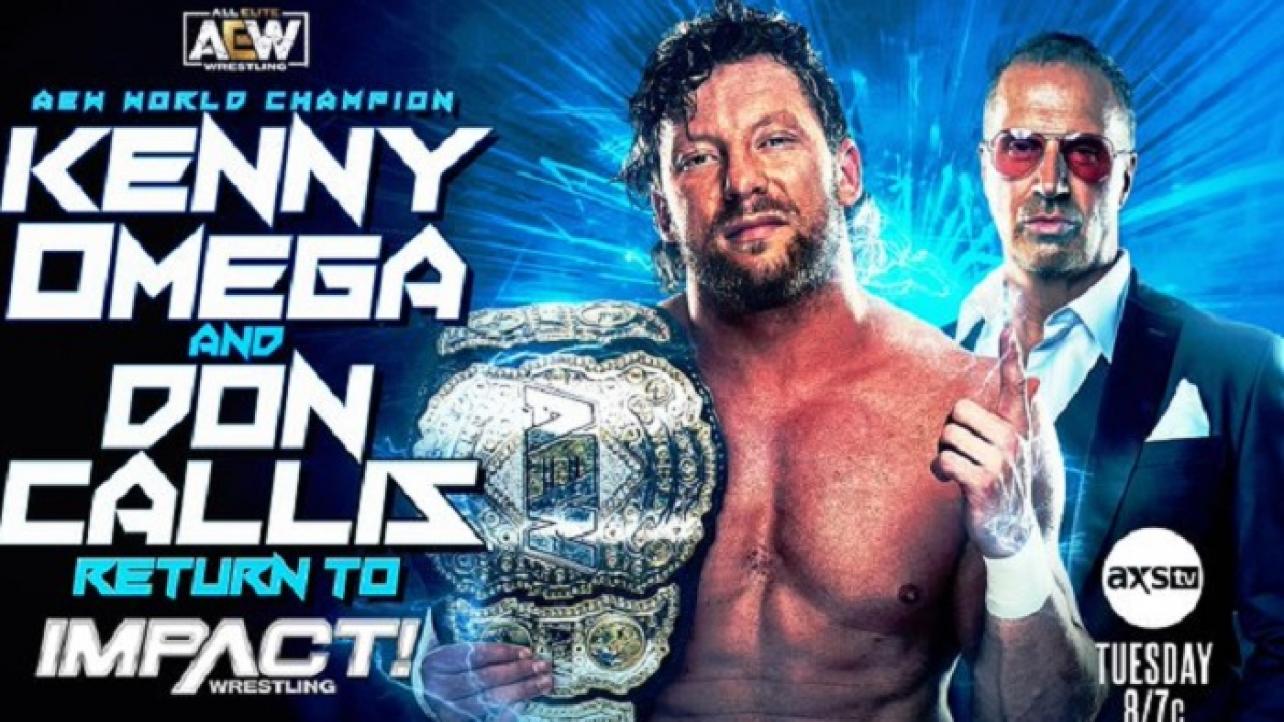 IMPACT Wrestling has announced on Twitter that AEW world champion Kenny Omega will be returning to the promotion on this Tuesday’s episode on AXS TV. The Cleaner will once again be joined by IMPACT executive and commentator, Don Callis.

We will keep you posted here at eWrestling.com as additional details continue to surface regarding Kenny Omega’s appearance on IMPACT Wrestling On AXS TV.

BREAKING: We have confirmed that @AEW World Champion @KennyOmegamanX and @TheDonCallis will return to IMPACT THIS TUESDAY at 8/7c on @AXSTV! #IMPACTonAXSTV pic.twitter.com/EaNFEY0Olo