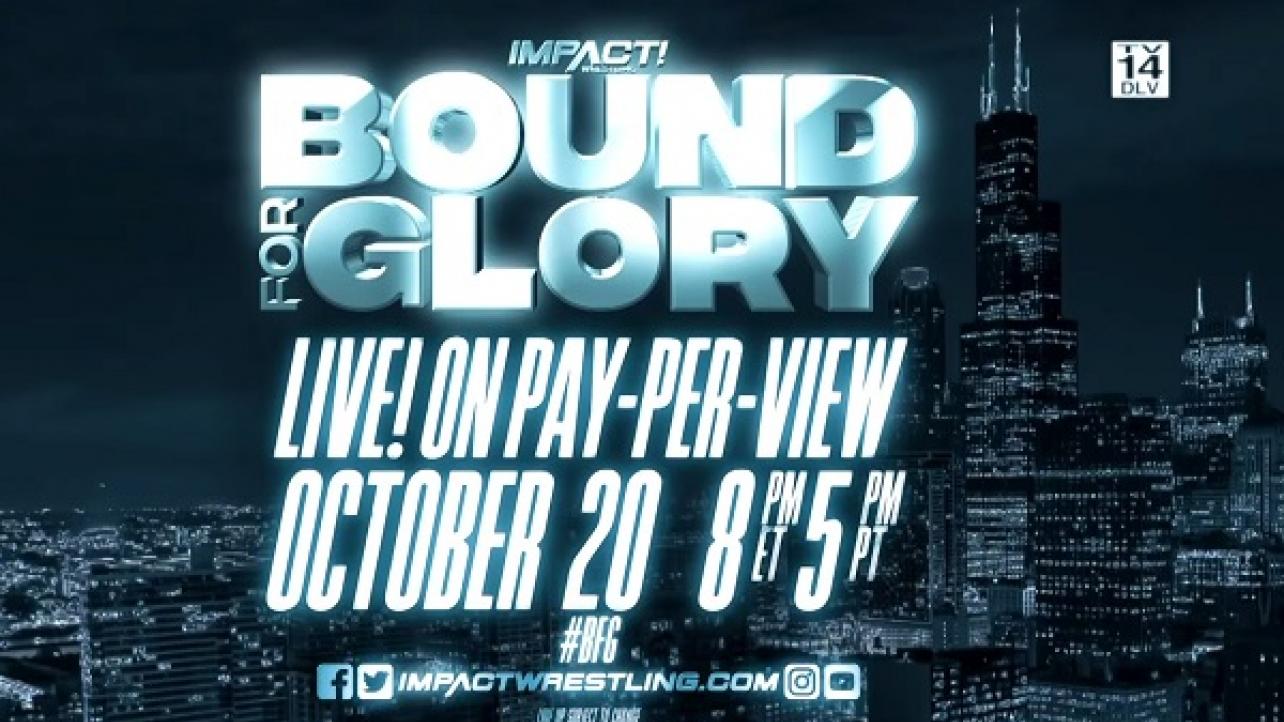 During their Slammiversary XVII pay-per-view on Sunday night, Impact Wrestling announced the date and location for this year’s Bound For Glory 2019 PPV.

It was announced that Impact Wrestling Bound For Glory 2019 will take place on Sunday, October 20th in Chicago, Illinois.

The announcement was made in a video trailer that aired during the broadcast. The trailer was uploaded to the official Impact Wrestling YouTube channel after Slammiversary XVII on Sunday night.

The venue for the show was not announced, however it’s worth noting that the official website for The Odeum Expo Center in Chicago has the 10/20 date listed as an Impact Wrestling show.

Line-up and ticket information coming soon! Visit www.ImpactWrestling.com for the latest news as it becomes available.

Make sure to join us here at eWrestling.com on 10/20 for Impact Wrestling Bound For Glory 2019 results!