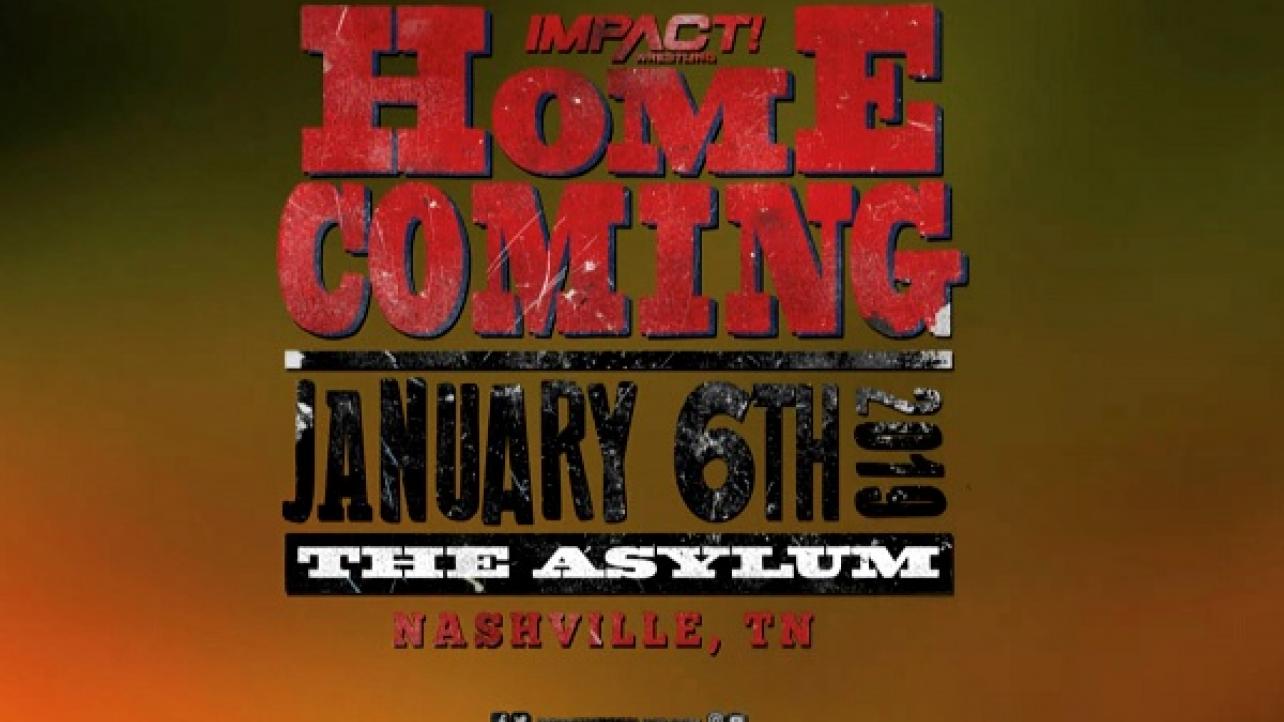 Impact Wrestling Announces Details On New PPV To Kick Off 2019

At their Bound For Glory pay-per-view on Sunday night, Impact Wrestling announced the details regarding their first PPV event of 2019.

The promotion will ring in the new year with a show dubbed Homecoming, which airs on PPV from The Asylum at the Nashville Fairgrounds in Nashville, Tennessee on Sunday, January 6, 2019.

The name of the event is in reference to the promotion returning to the venue that was their home base in the early days of TNA — Total Nonstop Action.

Check out the official promo for the Impact Wrestling Homecoming PPV on 1/6 below.

Impact Wrestling Announces Details On New PPV To Kick Off 2019