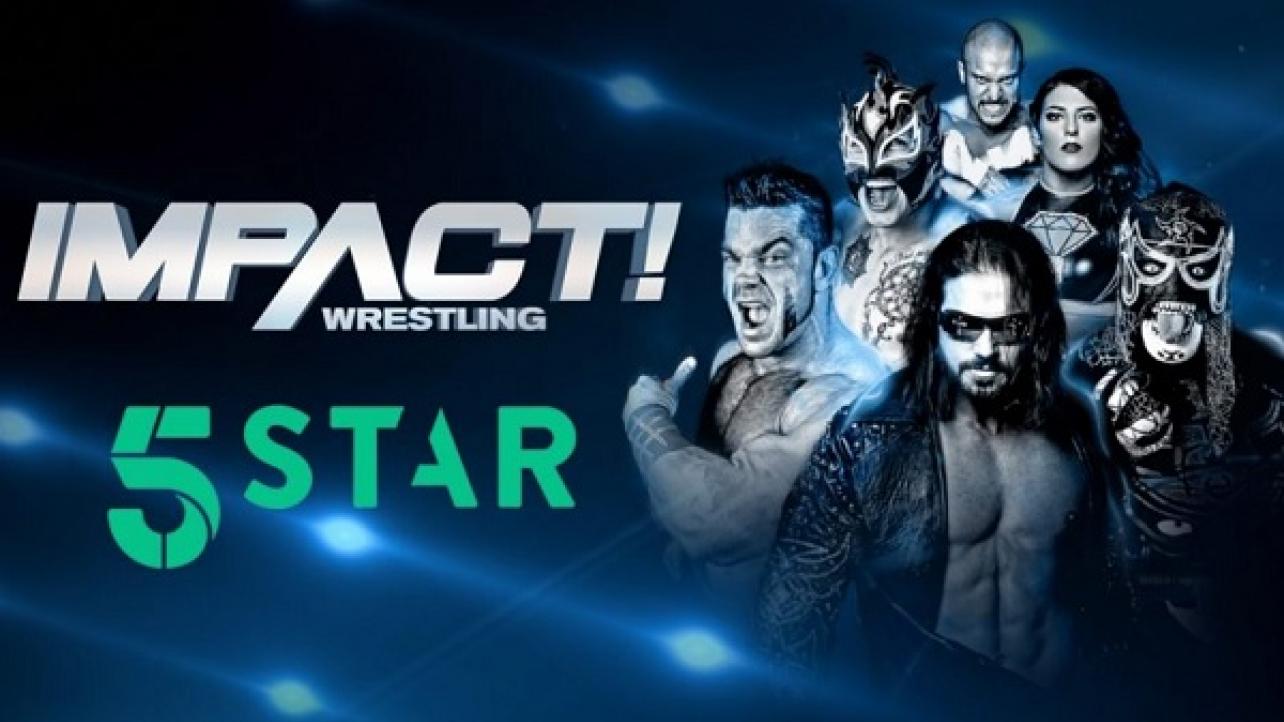 TORONTO | LONDON – IMPACT Wrestling, a subsidiary of Anthem Sports & Entertainment Corp., announced today a new broadcast deal with Viacom-owned Channel 5 to broadcast its flagship weekly show IMPACT! on 5STAR across the United Kingdom and the Republic of Ireland starting on April 26, 2019.

New episodes of IMPACT! will premiere on 5STAR from 26th April at 11pm.

“Since IMPACT Wrestling’s inception in 2002, the UK has always been one of our most passionate markets,” said Ed Nordholm, president of IMPACT Wrestling. “We are excited to extend our broadcast partnership with Channel 5 and launch our weekly programming on 5Star, whose younger audience more effectively aligns with our core fan base.”

Cherry Yeandle, Senior Manager, Acquisitions and Co-Productions said: “We are thrilled to be continuing our relationship with IMPACT Wrestling and are looking forward to bringing all of the high-octane action to 5STAR. As well as quenching the appetite of the UK fans with this flagship weekly show, we are excited to introduce a new audience to all the wrestling drama – with its young audience demographic, we see 5STAR as a perfect fit.”

In 2018, IMPACT Wrestling enjoyed strong weekly audiences on 5Spike and a social media reach of over 48 million in the UK.