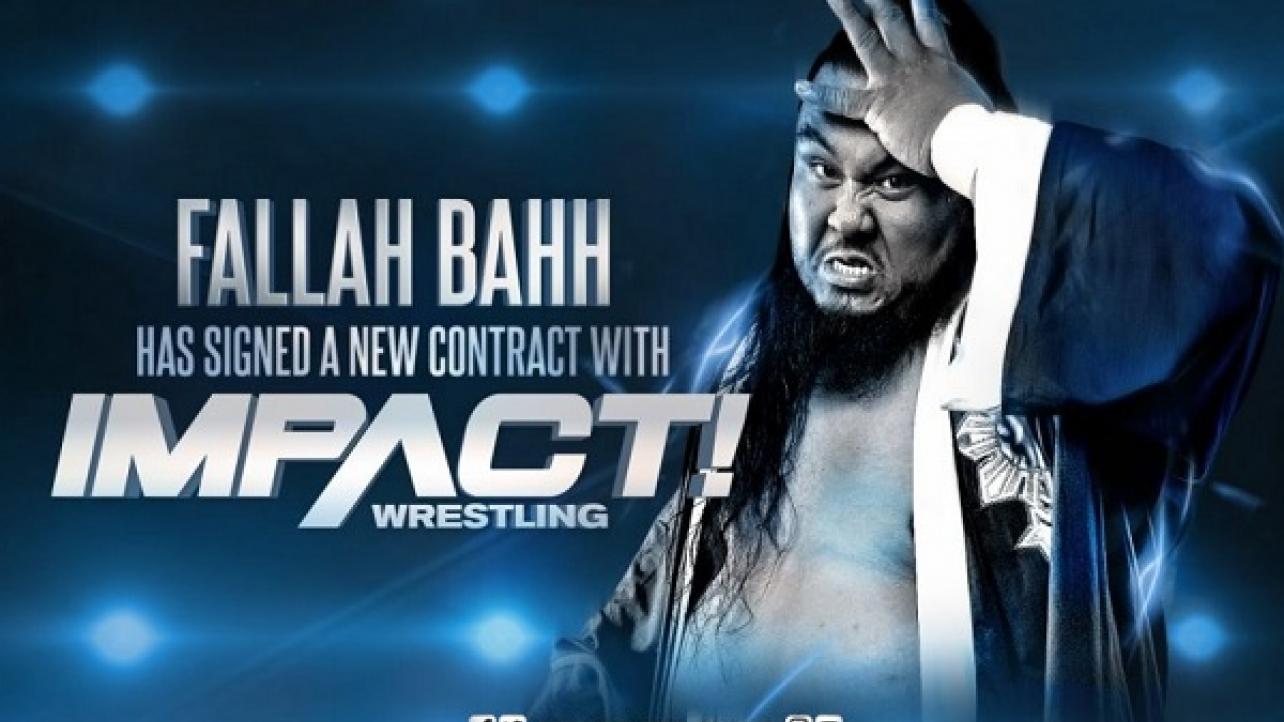 On Tuesday, the company confirmed the news that Fallah Bahh has signed a new contract to remain with the promotion.

Yesterday was Sami Callihan and today we are happy to announce Fallah Bahh has signed a new contract with IMPACT Wrestling. Fallah was thrilled when we reached out to him, telling IMPACTWrestling.Com, “bahh!” Clearly, Fallah couldn’t be happier about being with IMPACT for the foreseeable future. The news was first reported by WrestlingINC.Com earlier today.

If you are keeping up with the math, that makes three. Josh Alexander over the weekend, Sami Callihan on Monday and Fallah today. We promise to have more announcements later this week. Friday we announce the signing of a returning Star who has captured IMPACT gold in the past. Who will it be? Find out on Friday.