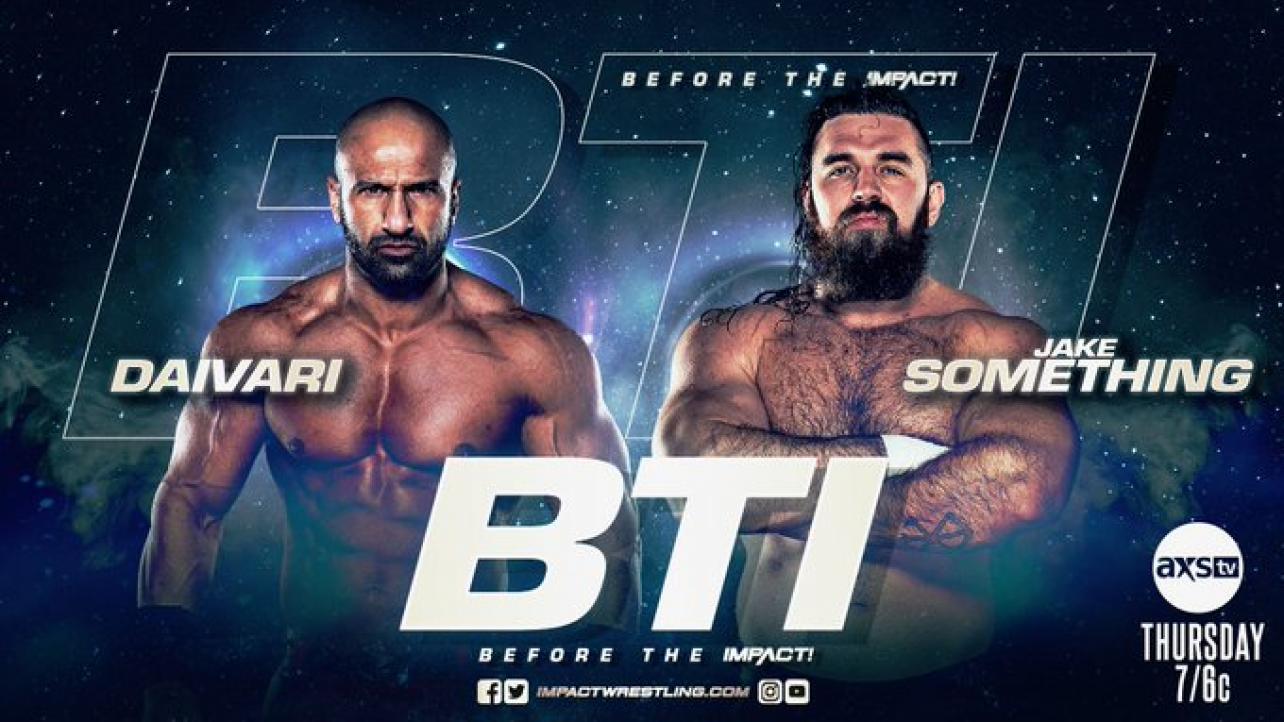 WWE producer Shawn Daivari will be taking on Jake Something in a Before The Impact match on Thursday.

Additionally, new matches were officially announced for the show featuring the fallout from this past weekend’s IMPACT Wrestling pay-per-view.

Featured below is the updated lineup for the post-Against All Odds show:

Check out some promotional tweets related to the upcoming IMPACT On AXS TV show below.

What are you most looking forward to on TOMORROW’S IMPACT? #IMPACTonAXSTV pic.twitter.com/qXqylZW5Jy

IMPACT, featuring all the fallout from #AgainstAllOdds is TOMORROW at 8/7c on @AXSTV! #IMPACTonAXSTV pic.twitter.com/DWMV4N3Aqm

We find out what @TheDonCallis FIRING @TheSamiCallihan means for the #Slammiversary main event THURSDAY at 8/7c on @AXSTV! #IMPACTonAXSTV pic.twitter.com/vMEzLoFwik