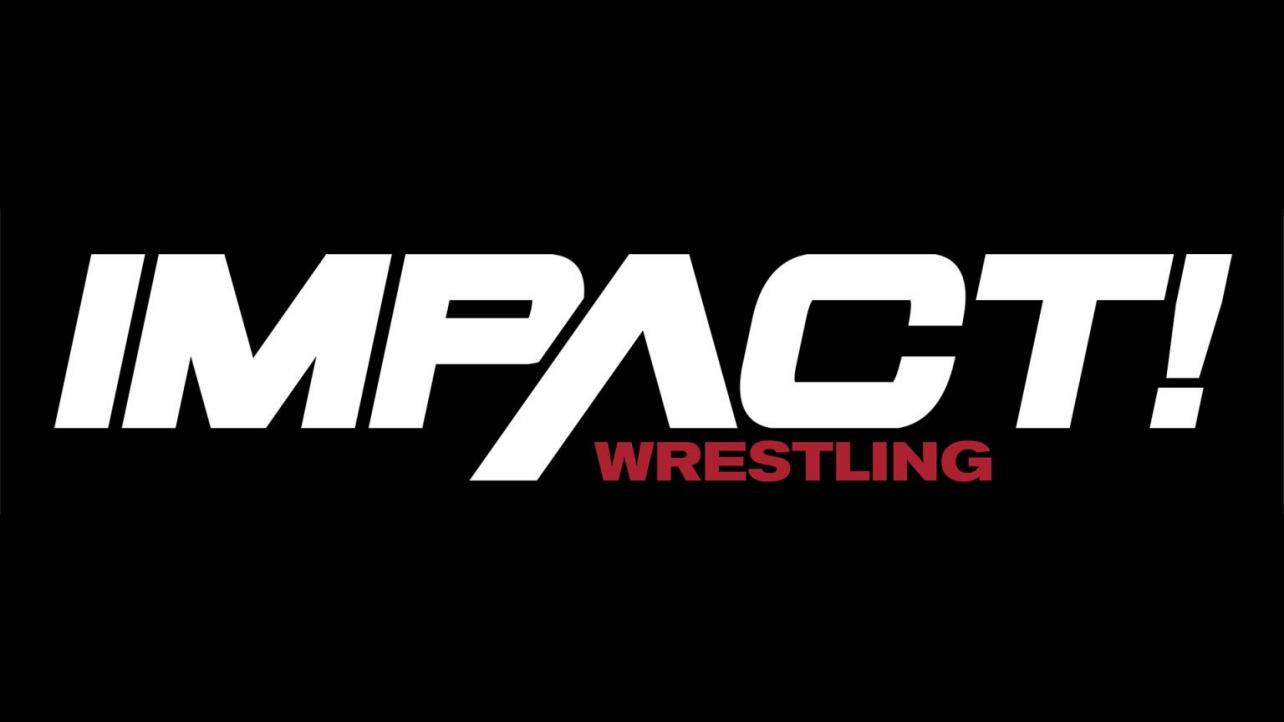 The road to Slammiversary continues tonight on a jam-packed edition of IMPACT! on AXS TV.

Satoshi Kojima is in the ring for his scheduled match against Eddie Edwards when W. Morrissey appears on the screen and says that he just jumped Eddie in the parking lot! Morrissey is out to send a message as he tells Kojima that he’s now all alone just like everyone else in this world.

Brian Myers’ music hits and he comes to the ring alongside his student, Sam Beale. Myers tells Kojima to get out of the ring because he has business to attend to. Myers calls out Jake Something but Kojima isn’t backing down! Myers and Beale deliver a 2-on-1 beatdown to Kojima until Jake makes the save! An impromptu tag team match is made official to kick off tonight’s IMPACT!

Myers and Beale try to escape but Kojima and Something drag them back to the ring! Kojima takes control with a running shoulder tackle to Beale. Myers goes low and takes out Jake’s ankle. Myers and Beale wear Jake down as they cut off the ring and prevent him from making the tag to Kojima. Several minutes later, Jake overpowers both of his opponents with a big double clothesline. Jake tags in Kojima who quickens the pace with a series of chops to Beale! Kojima hits a top rope elbow drop on Beale for two. Myers charges towards Kojima but Jake cuts him off with the Black Hole Slam! Kojima hits Beale with the Koji Cutter, followed by the Lariat to win.

Rosemary and Havok confront Scott D’Amore about a Knockouts Tag Team Title opportunity against Fire ‘N Flava! D’Amore says that he will take it under advisement.

As Ellering looks to put her issues with Jordynne Grace behind her, she must first turn her attention towards Tenille Dashwood tonight. Dashwood jumps Ellering before the opening bell to gain the momentary advantage. Ellering quickly turns the tide with a series of clotheslines, followed by a senton for two! Dashwood ducks, causing Ellering to collide with Kaleb on the apron. Dashwood takes advantage of the distraction and pulls Ellering down by her hair! Dashwood hits a running low crossbody for two. Ellering begins to build momentum with a Slingblade until Kaleb pulls her to safety. Dashwood hangs up Ellering on the ropes with a neckbreaker. Kaleb tries to blind Ellering with his ring light but Ellering keeps her composure and scores the pinfall!

After the match, Dashwood attacks Ellering from behind. Jazz joins the fray but falls victim to the numbers game at the hands of Dashwood and Kaleb. In a shocking turn of events, Jordynne Grace hits the ring and helps Ellering take out Dashwood and Kaleb! Ellering and Jordynne hug it out in the middle of the ring, as it appears that they’re back on the same page!

Ace Austin and Rohit Raju tell Chris Bey that they don’t need him in their alliance with Madman Fulton and Shera. Later tonight, Bey goes one-on-one with Petey Williams as both men look to gain momentum heading into Ultimate X.

Willie puts his incredible strength on display as he lifts up Fallah for a Samoan Drop! Swann soars through the air with corkscrew flip from the second rope all the way to the floor. Moments later, reigning IMPACT World Tag Team Champions Violent By Design attack all four competitors at ringside, resulting in the match becoming a no contest.

Tommy Dreamer ensures that Sami Callihan, Moose and Chris Sabin are on the same page ahead of tonight’s main event against IMPACT World Champion Kenny Omega and The Good Brothers. Tonight, they vow to put their differences aside to conquer a common enemy.

Petey hits a jumping Hurricanrana, followed by a dropkick to the back of Bey. Petey traps Bey in the Tree of Woe, then pays homage to his home country of Canada! Bey crashes and burns with a standing Moonsault attempt but Bey instead takes out Petey with thunderous clothesline. Bey counters the Canadian Destroyer into a forearm to the back on the head. Bey hits a modified TKO neckbreaker for two! Petey locks in the Sharpshooter but Bey gets to the bottom rope in order to break the hold. Bey counters another Canadian Destroyer, then connects with The Art of Finesse to win.

Post-match, a huge brawl breaks out between the two warring groups in the X-Division. Ace Austin, Madman Fulton, Rohit Raju and Shera are in control of X-Division Champion Josh Alexander, Trey Miguel and Petey Williams when Chris Bey finally picks a side and joins the latter! Bey helps them clear the ring and send a physical message to their Ultimate X opponents at Slammiversary!

Following a pair of losses to their former friend, Knockouts Champion Deonna Purrazzo, things aren’t going well for Susan and Kimber Lee. Kimber says that they can still remain a team and go after the Knockouts Tag Team Titles. If that doesn’t work, Kimber suggests a backup plan – Su Yung!

Jake Something lays out the challenge for a match against Brian Myers. If Myers wins, Jake will admit that Myers is “The Most Professional Wrestler”. But if Jake wins, Myers must acknowledge him as a professional!

Steve Maclin is set to compete in his second match since joining the IMPACT Wrestling roster. Maclin is intense and focused as he connects with a modified Olympic Slam. Maclin hangs up Smith in the Tree of Woe, then crashes into him with a running shoulder tackle! Maclin delivers rapid-fire elbows, then hits his signature sitdown slam to score the dominant victory.

Next Thursday at 8/7c on AXS TV, don’t miss another loaded edition of IMPACT! Susan and Kimber Lee battle Havok and Rosemary to determine the #1 contenders for Fire ‘N Flava’s Knockouts Tag Team Titles! Plus, Kenny Omega and Sami Callihan will sign the contract for their upcoming IMPACT World Title match at Slammiversary, and more!

It’s main event time as Team Callis battles Team Dreamer in a highly-anticipated six-man tag team match just a few weeks away from Slammiversary! Omega and The Good Brothers are in complete control of Sabin as all three of them connect with a Triple Timber Splash. After several minutes, Sabin finally creates some separation but Moose won’t tag in! Sabin tags in Callihan instead who comes into the match like a house of fire. Omega distracts the referee, allowing Anderson to quickly regain control with a low blow! Sabin hits a top rope crossbody on Anderson for two. Sabin is in the driver’s seat but Moose decides to tag himself in, bringing Sabin’s momentum to a halt! Sabin gets in his face and Moose snaps as he hurls him across the ring. Callis pushes Dreamer into Moose, prompting him to attack Dreamer! Back in the ring, The Good Brothers put Sabin away with the Magic Killer to win.

Team Callis stands tall as IMPACT! goes off the air.