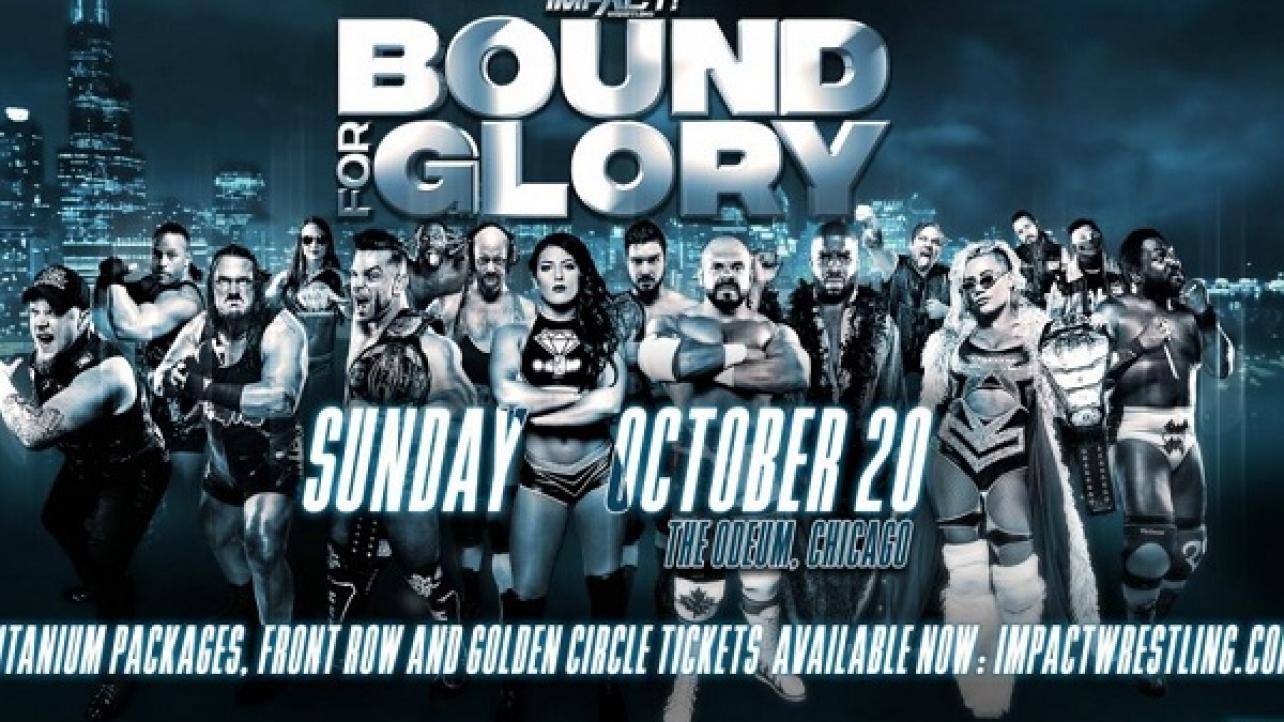 The ticket information for this year’s IMPACT Wrestling Bound For Glory 2019 pay-per-view was announced on Friday.

IMPACTWrestling.com released the following announcement today regarding ticket information for their biggest annual event, Bound For Glory, which goes down on October 20th at the Odeum Expo Center just outside of the Chicago, Illinois area.

CHICAGO – IMPACT Wrestling today announced ticket details for the annual pay-per-view extravaganza Bound For Glory, which will be held on Sunday, October 20, at the Odeum Expo Center just outside Chicago, IL, and will air live exclusively on pay-per-view.

Titanium tickets are limited and will include:

The three-hour spectacular takes place on October 20 at 8:00 p.m. ET and will be available on all major pay-per-view distributors, including DISH, DirecTV, iN Demand, Vubiquity, Rogers, Bell, Shaw, Sasktel, and streamed live globally on IMPACT Plus and the FITE.tv app.

Bound For Glory marks the second time an IMPACT Wrestling pay-per-view event emanates from the Chicago area, as the 20,000+ square foot Odeum Expo Center plays host to the organization’s biggest show of the year.