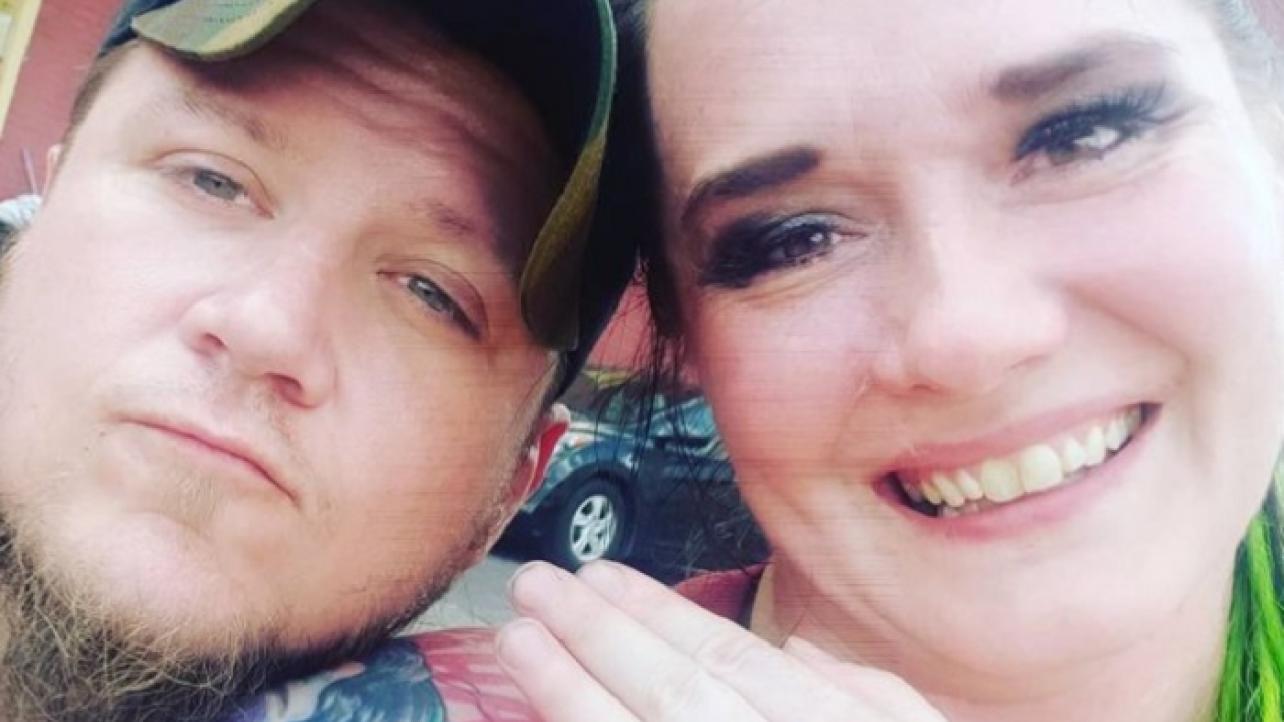 Sami Callihan and Jessicka Havoc will soon be getting married.

The IMPACT Wrestling veterans announced via social media this weekend that they have gotten engaged following a proposal from Callihan to Havoc.

Havoc released a photo of the happy couple after the proposal along with the following statement:

“So, I just ended a live stream of the Mothman statue at the Mothman museum, just to have Sami on one knee when I turned around. I almost couldn’t believe it. I am so overwhelmed with happiness. I didn’t know how to react, so I started crying. Lol, tears of joy. I don’t know what to say. P.S. I said ‘yes.’”