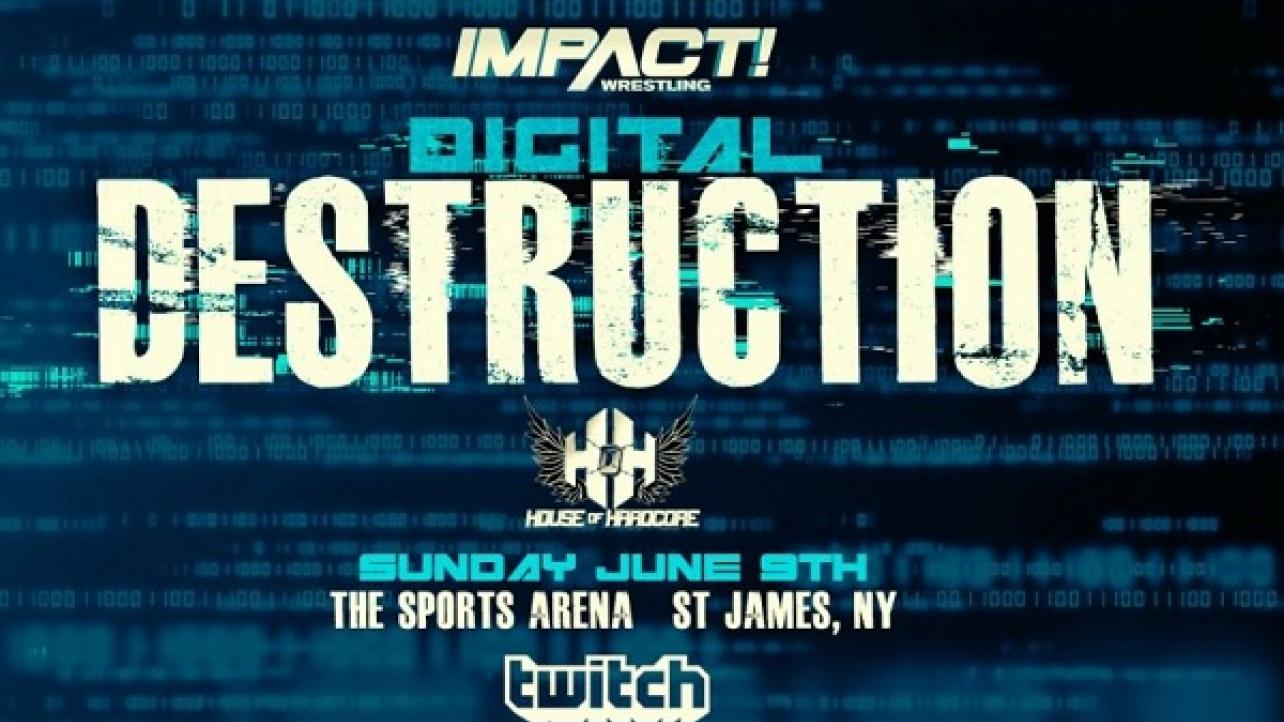 Following two nights of television tapings on Thursday and Friday night, as well as their A Night You Can’t Mist special featuring the return of Japanese legend The Great Muta in the special event co-promoted by Tommy Dreamer’s House Of Hardcore promotion on Saturday night, the Impact Wrestling crew is at it again this afternoon.

Impact Wrestling and the aforementioned House Of Hardcore promotion are co-promoting an event for the second evening in a row, as they present their Digital Destruction 2019 event streaming live on Twitch today starting at 5pm EST. / 2pm PST.

ImpactWrestling.com released the following about the show, which kicks off at 5pm EST. / 2pm PST. on Twitch:

Digital Destruction airs LIVE this afternoon at a Special Start time of 5pm EST. Don’t miss this amazing afternoon of wrestling LIVE on Twitch as IMPACT Wrestling partners with House of Hardcore.

All your favorite IMPACT Stars and Knockouts will be LIVE in Long Island, NY this afternoon. Johnny IMPACT, Taya Valkyrie, Moose, Eddie Edwards, Sami Callihan and oVe. Plus, you never know who might show up!

Don’t forget it all goes down at 5pm EST!

LIVE NOW! Tune in to Digital Destruction on @Twitch for these awesome match ups, plus MORE!