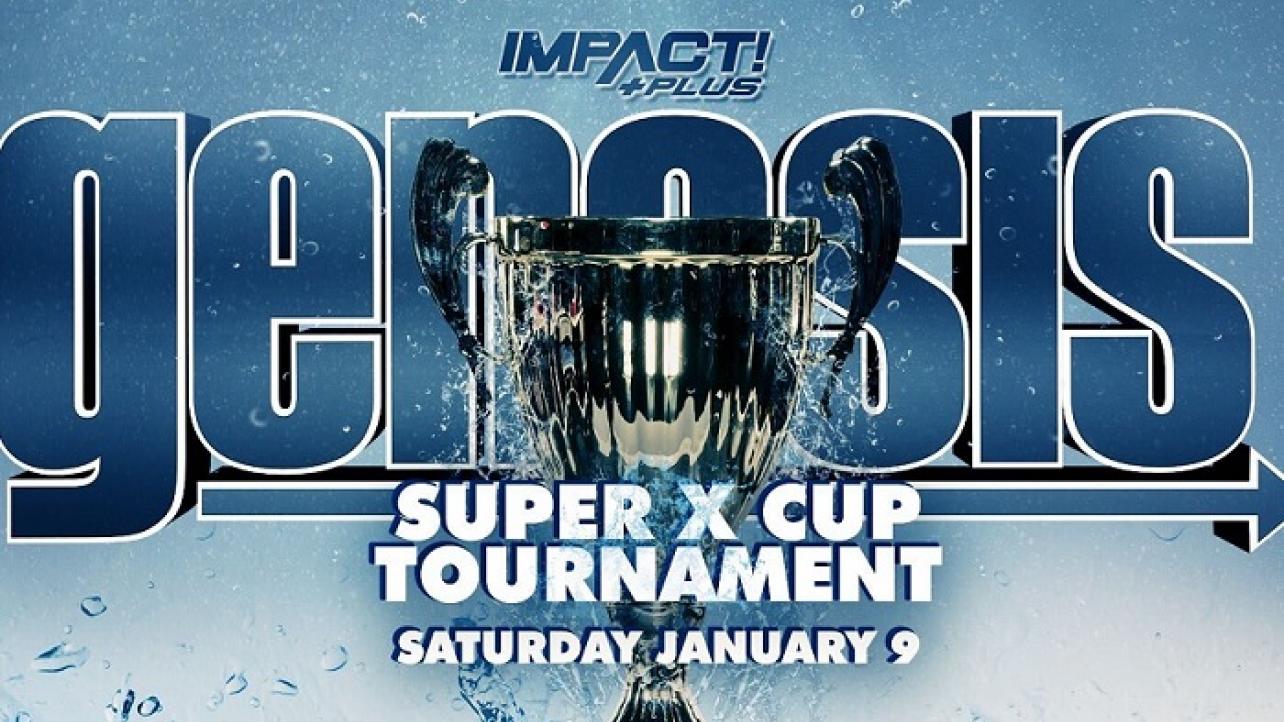 On Thursday, IMPACT Wrestling announced via their official website and various social media outlets that the IMPACT Genesis 2021 pay-per-view scheduled for next month will feature the return of the Super X-Cup.

Don’t miss Genesis, January 9 on IMPACT Plus when the Super X-Cup Tournament makes its return! Witness the stars of the high-flying X-Division compete for the prestigious Super X-Cup trophy! Who will join the ranks of Super X-Cup winners such as Chris Sabin, Samoa Joe and Dez?

Prepare for Genesis 2021 by reliving Every Genesis Ever on IMPACT Plus – subscribe now!

BREAKING: The Super X-Cup Tournament returns on January 9th at #Genesis – stars of the X-Division battle to win the prestigious trophy!

Stay tuned for more details and news about participants! pic.twitter.com/iKGmZxu76l