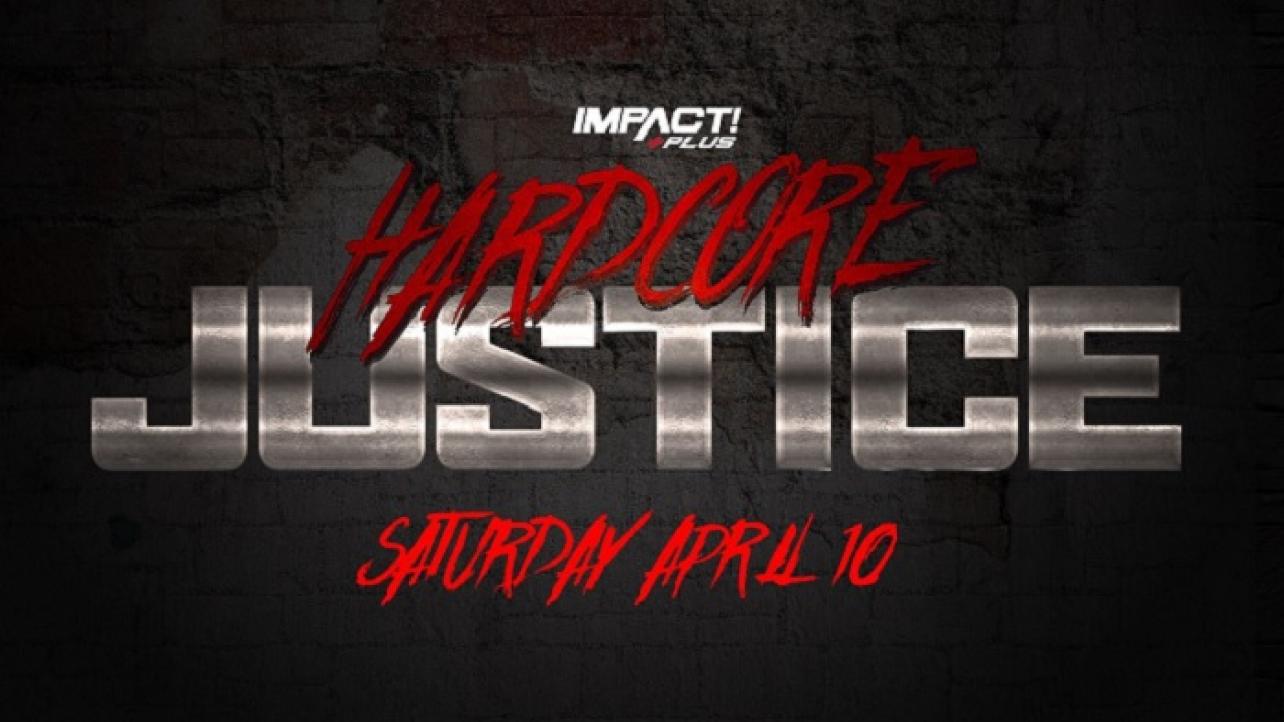 For the first time in over five years, IMPACT Wrestling will be dusting off an old pay-per-view name.

During this week’s edition of IMPACT On AXS TV, the company announced that their next IMPACT Plus-exclusive special event will be taking place next month, and will be going head-to-head against night one of WWE’s two-night extravaganza — WrestleMania 37.

It was announced that ECW legend “The Innovator of Violence” Tommy Dreamer will be presenting IMPACT Wrestling: Hardcore Justice 2021 on Saturday, April 10th, exclusively on the IMPACT Plus app.

The last time IMPACT Wrestling used the “Hardcore Justice” show name was back in 2015.

Check out the announcement regarding the IMPACT Wrestling: Hardcore Justice 2021 special on 4/10 via the tweet embedded below courtesy of the company’s official Twitter feed.

BREAKING: Our next @IMPACTPlusApp exclusive event will be #HardcoreJustice on Saturday April 10th, with a card presented by @THETOMMYDREAMER! pic.twitter.com/5t83ZEWcml