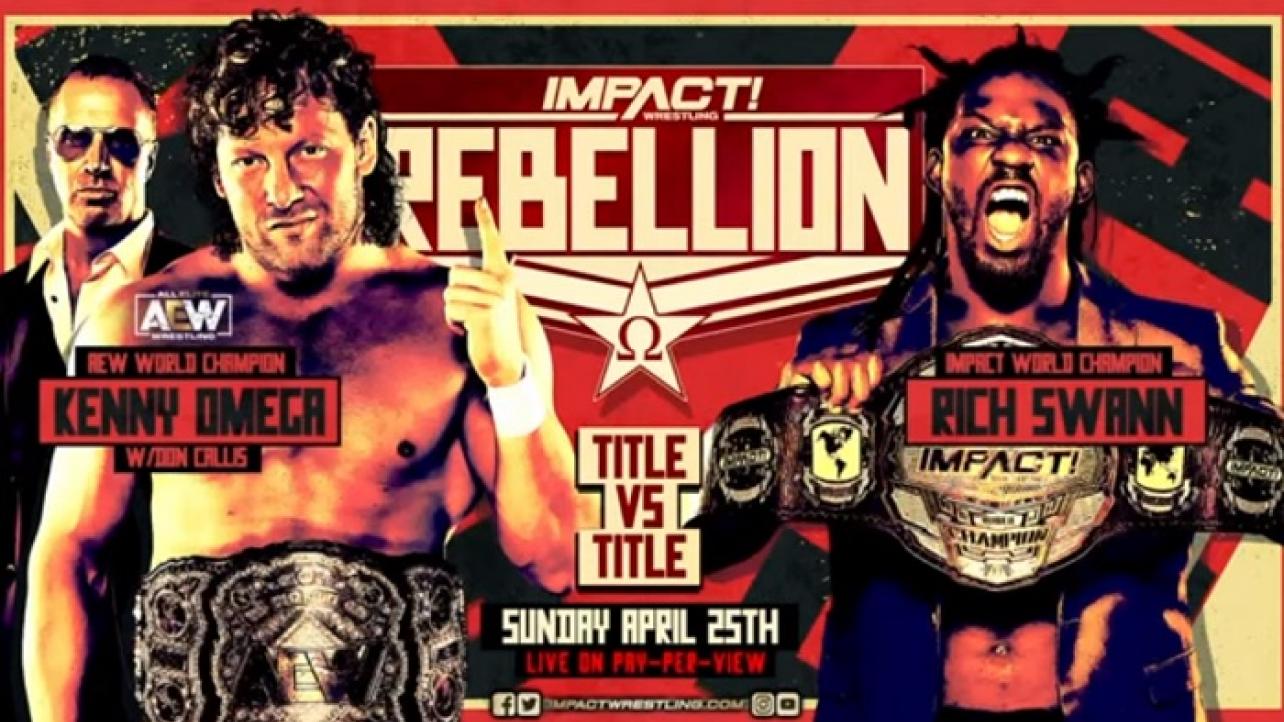 Three new matches have officially been added to the lineup for the next IMPACT Wrestling pay-per-view.

Following this week’s edition of IMPACT On AXS TV, the promotion confirmed the addition of a trio of new bouts for their PPV event, which goes down from Skyway Studios in Nashville, Tennessee on Sunday, April 25, 2021.

With that now known, featured below is an updated look at the officially advertised lineup as it currently stands for the IMPACT Wrestling Rebellion 2021 PPV on 4/25:

Make sure to join us here at eWrestling.com next Sunday evening, April 25, for live IMPACT Wrestling Rebellion PPV results coverage from Nashville, TN.