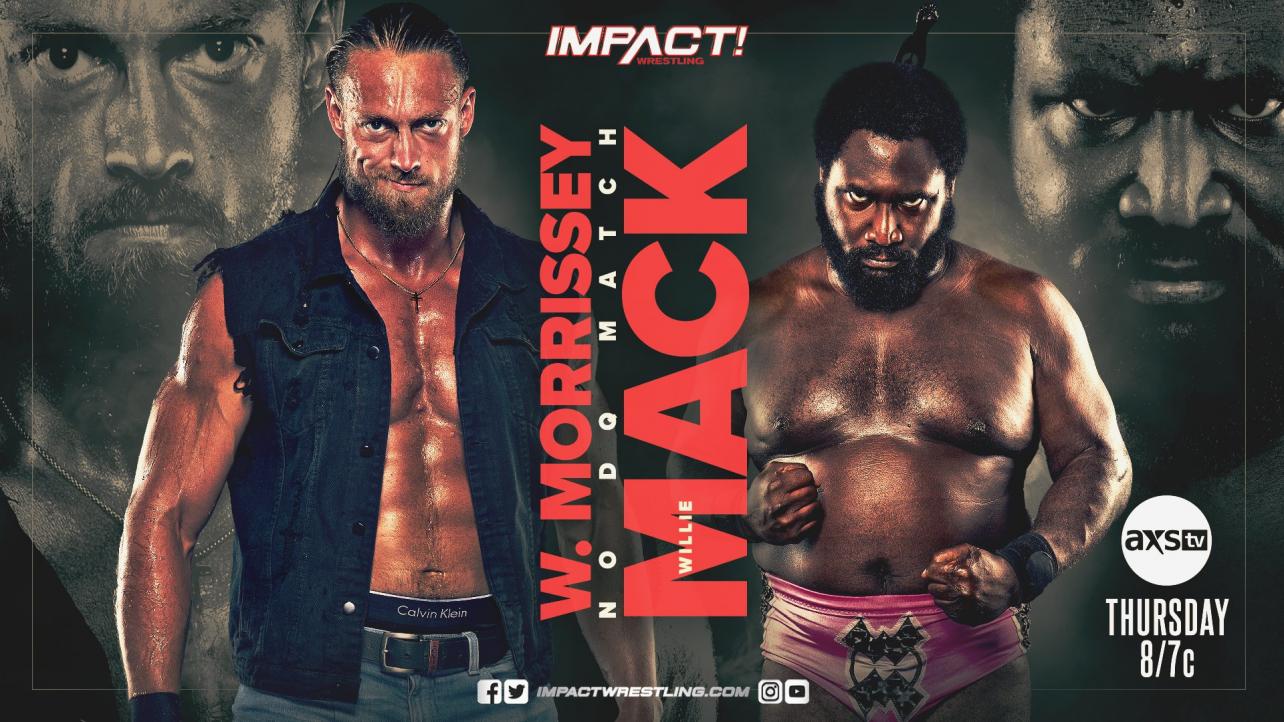 In the back, Callis tells The Good Brothers to take out Callihan once and for all before Slammiversary. D’Amore catches him in the act, and informs them that The Good Brothers will battle Callihan and a partner of his choosing in a Street Fight this Saturday at Against All Odds!

Brian Myers continues to teach Sam Beale in “How To Be a Professional: Chapter Two”. Things go off the rails in promo class when Beale praises Myers’ greatest rival, Matt Cardona.

Tommy Dreamer offers to be Sami Callihan’s partner at Against All Odds. After all, the enemy of his enemy is his friend.

Rosemary vs Havok – If Havok Wins, She Will Be Added to the Knockouts Title Match at Against All Odds

If Havok can defeat Rosemary, Deonna Purrazzo will be forced to defend the Knockouts Title in a Triple Threat match at Against All Odds! Rosemary hits two back-to-back spears to kick off the match! Havok turns the tide with a big running boot in the corner. Rosemary fights out of a Tombstone Piledriver attempt, then hits another spear to score the victory and keep it a singles match at Against All Odds.

After the match, Knockouts Champion Deonna Purrazzo, Kimber Lee and Susan jump Rosemary and Havok from behind. Susan is fired up and calls out Knockouts Tag Team Champion Tasha Steelz for her match with Kimber, right here, right now!

Fire ‘N Flava will defend the Knockouts Tag Team Titles against Kimber Lee and Susan this Saturday at Against All Odds but first, we get a preview of things to come with this singles match! Kimber is in total control as she drags Tasha’s face across the top rope. Kimber sends Tasha to the outside and it appears that the Knockouts Tag Team Champion may be badly hurt. Kimber hits a vertical suplex trio but Tasha counters the follow-up senton attempt with her knees. Tasha plants Kimber with a sitdown slam to win.

After the match, a huge brawl breaks out as Rosemary and Havok re-join the fray. The deadly duo stand tall after taking out both Deonna Purrazzo and Kiera Hogan.

Steve Maclin’s back is against the wall and it is do or die.

Gia Miller is in the middle of an interview with X-Division Champion Josh Alexander when Ace Austin interrupts. Ace claims that he’s going to win the 5-Way X-Division #1 Contenders match this Saturday at Against All Odds and be next in line for a shot at the title. Alexander doesn’t back down and is ready for whoever his next challenger may be.

It’s a stalemate in the early going as these four X-Division athletes match each other’s pace move-for-move. Trey gains the upper-hand with a snapping dropkick to Bey before making the tag to Petey. Bey trips up Petey from the outside, allowing Rohit to turn the tide in his team’s favor. Bey and Rohit wear Petey down on their side of the ring as they prevent him making the tag. Petey finally fights free and tags in a fiery Trey. Rohit gets sent for a ride via a snap German suplex from Trey. Petey hits Rohit with the Codebreaker, followed by the Hourglass Submission from Trey to win.

After the match, Ace Austin and Madman Fulton hit the ring and blindside the field. X-Division Champion Josh Alexander make the save. As he targets Ace, everyone else goes after Fulton! In a breathtaking turn of events, Petey spikes Fulton with a top rope Canadian Destroyer!

Willie Mack tells Rich Swann that no matter what happens, he wants to go it alone in his No DQ match against W. Morrissey tonight.

A war of words breaks out on a new edition of All About Me. This week, Dashwood has invited Rachael Ellering to be the host. Ellering brings Jordynne Grace along with her but Dashwood makes it known that she’s not welcome. Ellering challenges Dashwood to a match at Against All Odds but Grace steps in and offers to be the one to face her instead!

Eric Young tells Deaner that he’s placing his faith in him to successfully defend the IMPACT World Tag Team Titles with Rhino against Crazzy Steve and Black Taurus at Against All Odds. Young turns his attention to Joe Doering and says that he will make his mark against Eddie Edwards tonight, just days before he battles NJPW legend Satoshi Kojima.

Doering overpowers Eddie to gain the early advantage. Doering targets his head as he begins to wear Eddie down. Doering hits a strong elbow drop for two. Eddie fights back with a burst of momentum, connecting with an impressive vertical suplex to the big man! Rhino tries to get involved from the outside but Eddie keeps him at bay. Moments later, Deaner trips up Eddie to cause the disqualification.

Post-match, Violent By Design look to inflict more damage to Eddie when Satoshi Kojima evens the odds and sends Doering over the top rope with a huge clothesline! Is this a sign of things to come at Against All Odds?

Moose admits that the better man won when Rich Swann defeated him to the earn the opportunity to challenge Kenny Omega at Rebellion. Moose goes on to say that unlike Swann, he is going to defeat Omega and become the new IMPACT World Champion this Saturday at Against All Odds.

Willie tries a powerslam in the opening moments of the match but can’t take the giant off his feet. Morrissey turns it around as the fight spills to the outside. Morrissey charges but Willie sidesteps, causing Morrissey to collide with the steel ring steps. Willie wraps a chain around his fist, then targets the leg of Morrissey in an attempt to chop him down to size! Morrissey regains control with a big boot before choking Willie with a steel chair. Willie ducks and dives to create separation, then successfully picks up and slams Morrissey to the mat! Willie crashes and burns with a Six-Star Frog Splash into a steel chair. Morrissey connects with a violent chair shot to Willie’s head to score the victory.

After the match, Morrissey continues his assault until Rich Swann makes the save! IMPACT! breaks down into total chaos as Swann and Morrissey fight through security to get their hands on each other. What will happen when these two are unleashed this Saturday at Against All Odds?

IMPACT! goes off the air.