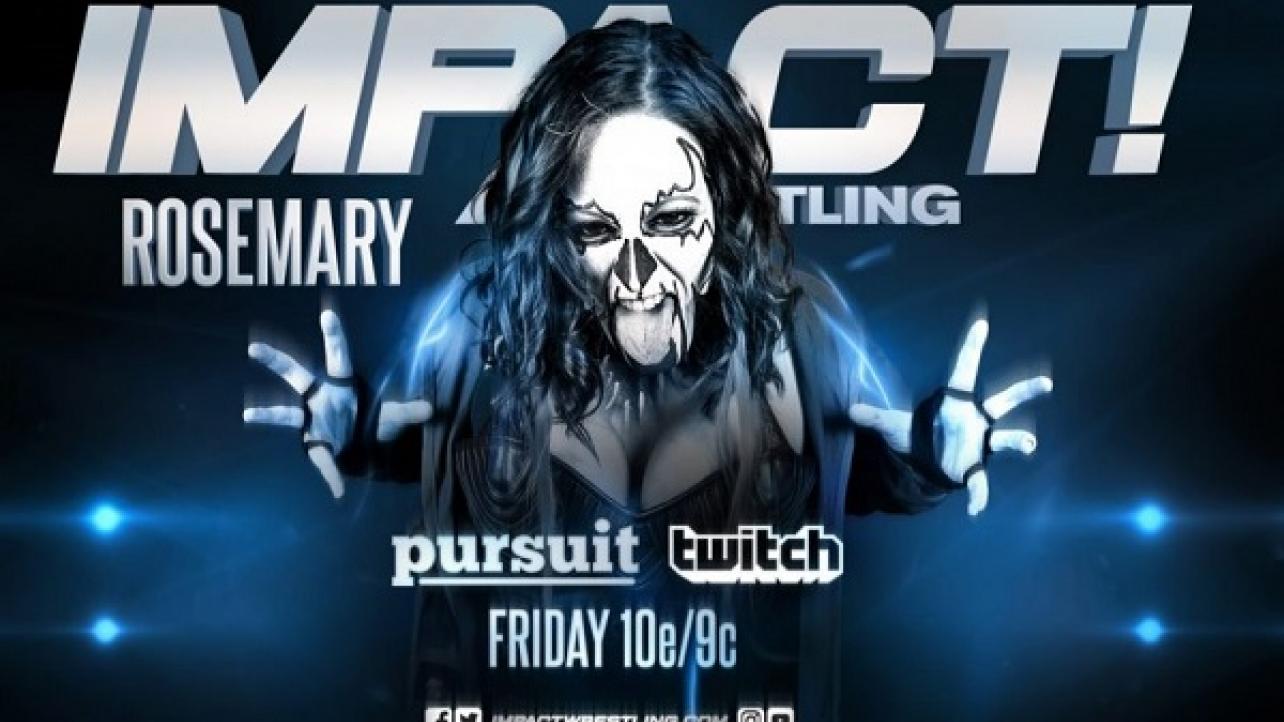 In what was perceived as somewhat of a letdown due to the choice of wording in the promotion leading up to the show, Impact Wrestling announced that former Knockouts Champion Rosemary has re-signed with the company during her appearance on their “Press Pass” podcast, inking a new two-year contract with the promotion.

BREAKING: As revealed on Press Pass, @WeAreRosemary has signed a new contract with IMPACT Wrestling!

Earlier this week, Impact Wrestling hyped that a “returning former world champion” would be unveiled during Thursday’s episode of the aforementioned podcast, which is hosted by Impact Wrestling announcer Josh Mathews, and it ended up being none other than the former one-time Knockouts Champion.

Rosemary joins Josh Alexander, Eddie Edwards, Sami Callihan and Fallah Bahh as other talents that Impact Wrestling has announced new deals with in the month of February.

We’ve too much unfinished business..

Check out the complete episode of Impact Wrestling’s “Press Pass” podcast with Josh Mathews and special guests Josh Alexander and Rosemary below.