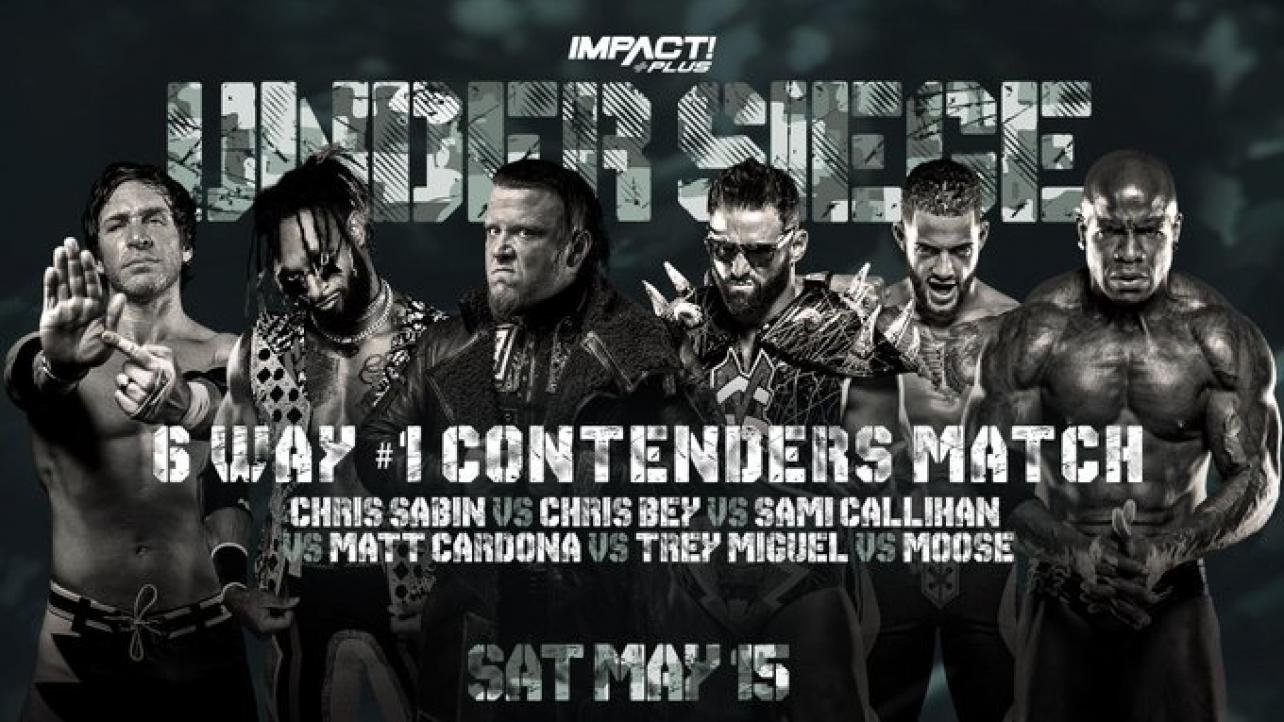 IMPACT Wrestling Under Siege Updated Lineup For May 15

The card for the next IMPACT Wrestling special on IMPACT Plus continues to shape up.

The participants for the six-way title eliminator to determine the next challenger to IMPACT World Heavyweight Champion Kenny Omega was announced during this week’s edition of IMPACT On AXS TV.

With that now known, featured below is the officially advertised card as it currently stands for the IMPACT Plus special event scheduled to emanate from Skyway Studios in Nashville, Tennessee on Saturday, May 15, 2021:

Make sure to join us here at eWrestling.com on 5/15 for live IMPACT Wrestling Under Siege 2021 results coverage from Nashville, TN.

IMPACT Wrestling Under Siege Updated Lineup For May 15