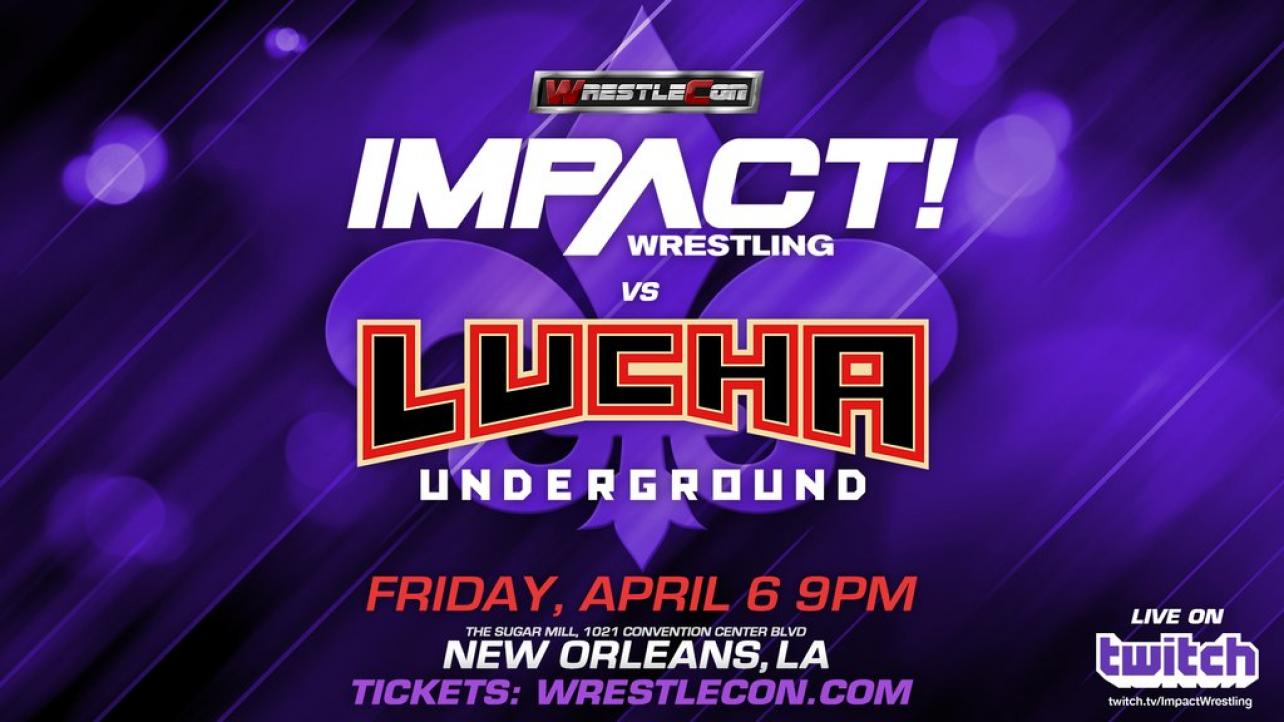 On Thursday, it was announced that there will be an Impact Wrestling vs. Lucha Underground themed show as part of WrestleCon during WrestleMania 34 week in April.

The channel will feature over 10 hours of original daily content for three days during WrestleCon weekend, including exclusive podcasts and behind-the-scenes footage. “We are excited and honored to expand our partnership with AAA and Twitch for this groundbreaking co-promotion with Lucha Underground,” said Ed Nordholm, president of IMPACT Wrestling.

A subsidiary of Anthem Wrestling Exhibitions LLC, IMPACT Wrestling will send its biggest stars to compete on April 6, including reigning IMPACT World Champion Austin Aries, Alberto El Patron, Eli Drake, Moose, Eddie Edwards, LAX, oVe and Sami Callihan, Trevor Lee and “The Machine” Brian Cage, plus the Knockouts will be represented by Allie, Rosemary and Taya Valkyrie. “Big Poppa Pump” Scott Steiner will also be in the house, live and uncensored. Lucha Underground stars include Pentagon, Fenix, King Cuerno, Drago, Aerostar, Killshot, Matanza, The Mack, Jack Evans and many other Lucha Libre sensations. Matches for the show will be announced in the coming weeks.

IMPACT Wrestling and Lucha Underground will host a WrestleCon VIP Meet & Greet on Friday, April 6, starting at 8:00 p.m. CT. Fans who purchase first-row and second-row tickets to the show will gain access to meet the stars, get free autographs, take photos, ask questions and more. Tickets for IMPACT Wrestling vs. Lucha Underground on April 6 are available at WrestleCon.com.