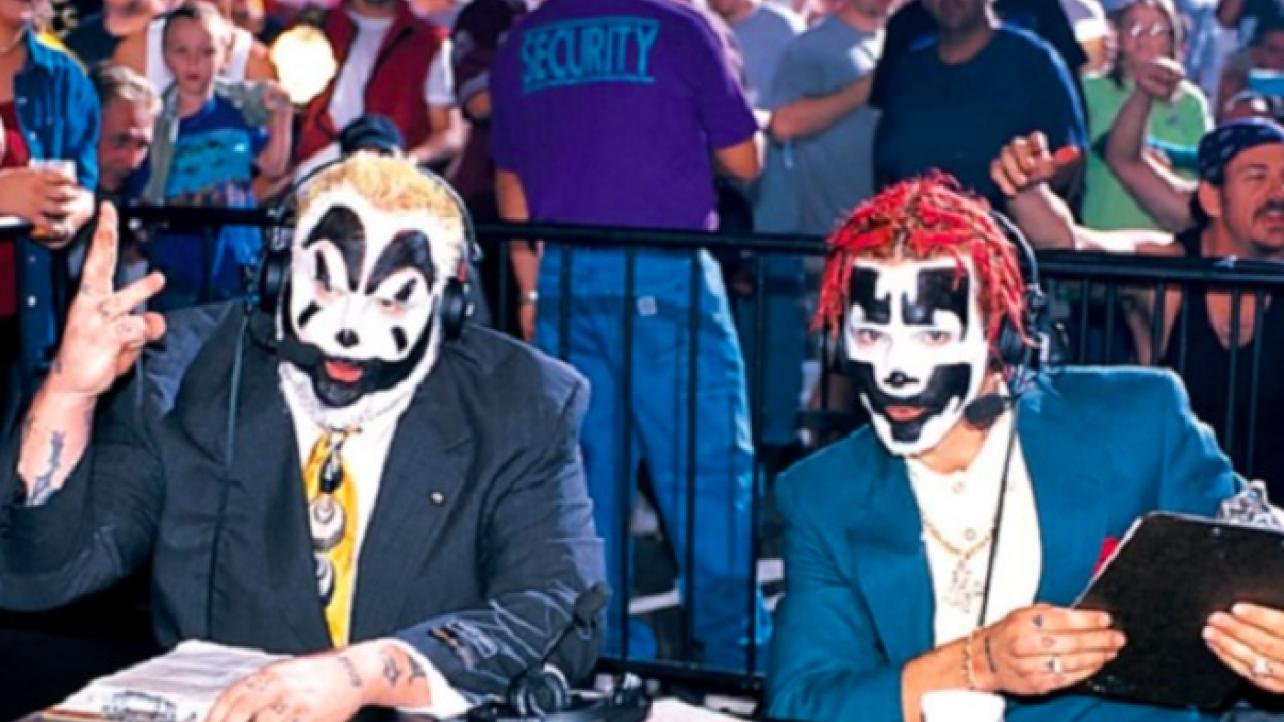 The Insane Clown Posse (ICP) were the latest guests on the WWE After the Bell with Corey Graves podcast for an in-depth interview reflecting on their runs in WWE and WCW.

During the discussion, Violent J and Shaggy 2 Dope looked back on their WWE debut match, getting in trouble for doing moonsaults in WCW and more.

Violent J on how ICP will never forget their debut match in WWE: “I’ll never forget, we were having our first match in WWE against Kai En Tai. He went up to do his leg drop from the top rope. The look on his face. It wasn’t in the plans. He was so scared when Joey went up to do that top rope leg drop. The guy was looking like, ‘what the fuck.’ It was so funny … He didn’t know. They didn’t expect us to do that once we got out there. We fully took advantage of the situation. Shaggy said, ‘Do your moonsault.’ I chickened out. We get one chance, maybe we never get back here again, ‘Do the f**king moonsault,’ and I chickened out. When I got into WCW, I never forgot about that and I did it. I did my moonsault and I was so happy.”

Shaggy 2 Dope on getting in trouble in WCW for doing a moonsault: “Then got in trouble by Hugh Morris [Bill DeMott]. He was like, ‘Man, you’re doing my s**t.’”

Violent J on Eric Bischoff telling them not to do moonsaults after that: “He was like, ‘I’m the only big man that does a moonsault.’ My bad. Eric Bischoff came back and was like, ‘Don’t do the moonsault no more.’ I already did it. I wasn’t planning on doing it anymore. I pulled it off once and was happy.”